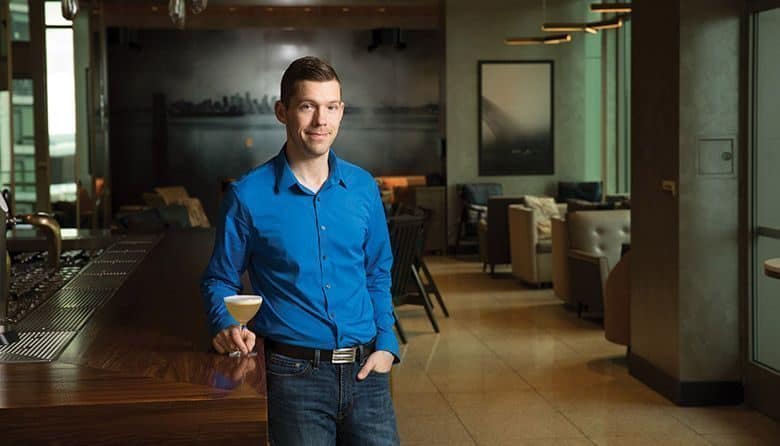 The History: One drink ingredient that has made a comeback in our cocktail reawakening, yet still throws off some imbibers at first, is egg white. In years past, eggs (whole or separated into whites and yolks) were a vital ingredient in many classic drinks, including the whiskey sour. Not only do egg whites, when shaken well, add a cloud-like layer of top foam, they impart a smoothness no other ingredient can achieve. The Whisper in the Wind at Seattle’s Fog Room, perched atop The Charter Hotel Seattle (downtown, 1610 Second Ave.; 206.256.7525), includes an egg white, used in the same way it’s used in a whiskey sour: to add foam and body, while complementing the drinks’ citrus and other fruity notes. This drink was inspired by the Pendennis Club cocktail, a lesser-known number from the early 1900s that features gin, lime and apricot liqueur.

The Update: The Whisper in the Wind, like all Fog Room house cocktails, was created by general manager Jesse Cyr (formerly of Rob Roy, Rumba and Herb & Bitter Public House). Cyr invented the drink for entry in the 2017 Bols Around the World competition, a global cocktail showdown, where it earned him a spot in the American finals (he’s a two-time finalist). But the Fog Room is the first place where he’s added it to the menu. While The Whisper in the Wind contains the egg white from the sour and the apricot liqueur from the Pendennis, its base is Bols genever, a juniper-flavored national spirit of the Netherlands and Belgium. Genever (sometimes written as “jenever” and known by other sobriquets) has been used medicinally and as a drink since the 1500s, stories say. It is an ancestor of gin and built on malt wine. It has the malty notes and depth of whiskey while maintaining a juniper-heavy herbal profile of gin. With intriguing genever as its foundation, The Whisper in the Wind, as Cyr says, “bridge[s] the gap between familiarity and obscurity.”

The Final Taste: The Bols genever supplies memorable maltiness, which mingles with botanical and herbal notes; those latter notes echo Lillet Rosé, a light and lovely French aperitif based on red and white wines, and flavored with herbs and citrus. Cyr, who thinks regular orange juice can fall a little flat in cocktails, adds malic and citric acids to this drink to deliver a “tangy pop.” Apricot liqueur rounds out the flavors, and the egg white imbues the drink with beautiful lushness and foam. Atop that foam you’ll find a pattern made with a butterfly pea flower tincture, described by Cyr as a “fun purple flair.” The bar’s expansive views of Elliott Bay and downtown delight both hotel guests and locals, whether seen through big windows, when sinking into the comfortably stylish couches and chairs, or while sitting on the heated, covered outdoor patio, open year around—don’t miss them. Because of the care and thought put into drinks like The Whisper in the Wind, the cocktails shouldn’t be, either. 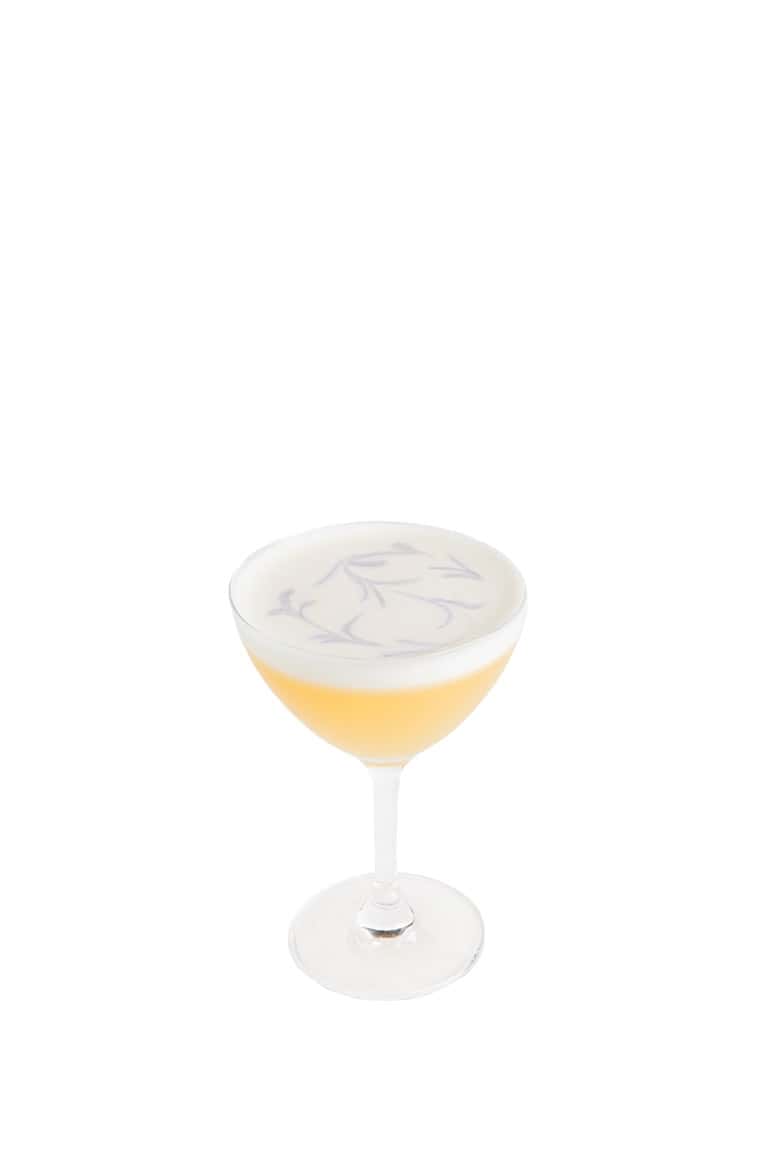 RECIPES
The Whisper in the Wind

There are a few ingredients you’ll need to track down before whipping up this cocktail, but the end result is worth it. Cyr uses Giffard apricot liqueur, but says Rothman & Winter’s version will work just as well. Both can be found at local liquor stores, as can the genever.

Add the egg white, genever, orange acid, Lillet Rosé, apricot liqueur and simple syrup to a cocktail shaker. Shake well, without ice (this is a called a “dry shake” and helps combine everything while developing the egg white foam). Add the ice and shake again. Strain through a fine strainer into a coupe glass and garnish with the butterfly pea flower tincture.

This citrusy delight is a key ingredient in The Whisper in the Wind cocktail from Seattle’s Fog Room in The Charter Hotel.

Add orange juice to a mixing bowl, along with the two acids. Stir ingredients together to dissolve the acids. If you don’t use the orange acid immediately, store in refrigerator; use within three days for optimal flavor.

A few drops of this tincture deliver the final artistic touches to The Whisper in the Wind cocktail, created by Jesse Cyr at Seattle’s Fog Room. Butterfly pea flower buds are available at Amazon.com. Overproof spirits contain a greater proportion of alcohol than a normal proof spirit, usually more than 50 percent alcohol by volume.

Add the buds and spirit to a Mason jar and seal. Let sit for 48 hours, gently agitating several times a day. After this time, strain the mixture through a fine strainer and into a small bottle with dropper. When using this to garnish the cocktail, add several drops to the top of the foam. You can create your own design by dragging a toothpick through the drops. Fun!