Find Comfort Food and Cocktails and This New Ballard Spot 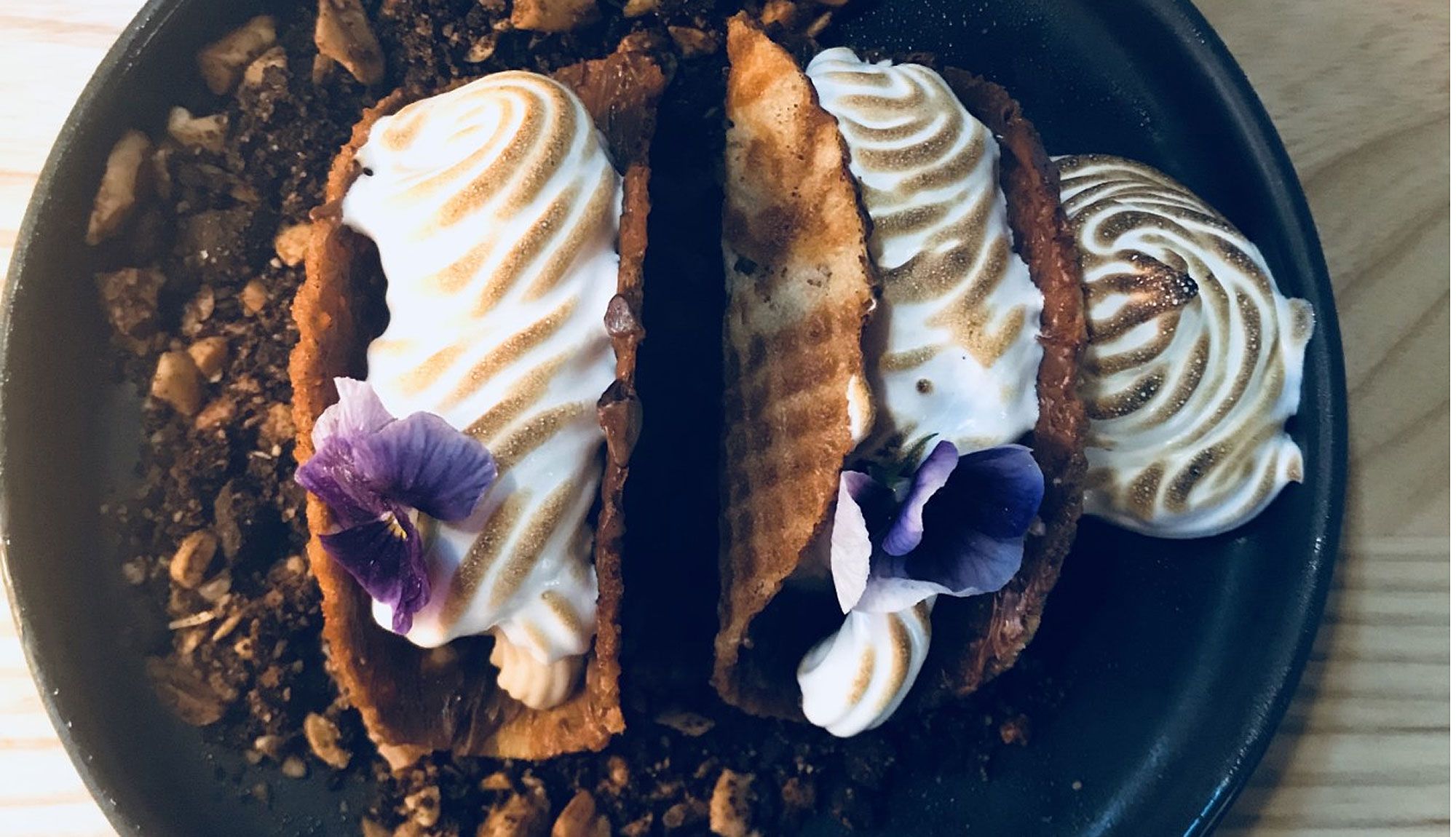 Opening about three weeks ago in the back-of-Ballard corner of 22nd and Shilshole that used to hold Kickin’ Boot Whiskey Kitchen, Sawyer comes from former Lark chef de cuisine Mitch Mayers, who also has won Cochon555, the heritage pig event and competition, twice. The restaurant borrows its moniker from an even older inhabitant of the space (a sawmill) but has food and drinks that are — I’m guessing — leaps and bounds above anything served up at most mills, while also adding a dollop of fun with the well-made mouthfuls.

On the Sawyer website, it says the menu is “inspired by food that people crave,” and I’m glad that has roots in the county fair food and idealized truckstop fare that I grew up with in the Midwest. The Jojo’s are a dandy example: thick potato wedges a little crisp on the outside and warm and soft inside, served with a buttermilk ranch sauce, scallions, and the tastiest, tangiest, sweet pickled peppers.

The Cheesy Bread was even better, with pimento cheese and ‘Nduja, the Italian spreadable pork salumi, spread inside a small thin pizza-shaped-and-sliced bread (you can get it sans ‘Nduja if veggie). Luscious, but the kind of food that just makes you smile – or should, at least! There are many other menu items following that same path: the Oxtail Nachos are another already-popular example, with a mole-esque salsa roja, crumbly cojita cheese, radish, and pickled onions. Again – fun and delicious.

For larger appetites, the menu sways towards the meat department, though the potato gnocchi were supple and served with apricots – an imaginative choice that worked. The top entrees so far, however, according to my amazingly amiable server last time I stopped in, are the Wood-Fired Flatiron Steak, with smooth pommes puree, “angry” chimichurri, and fluffy tempura onion rings and the Rock Candy Spot Prawns with watermelon and wasabi Dijon.

The nine-choice cocktail list from General Manager Tony Ramos (past at Percy’s and Co. and Mbar) also has intriguing ingredient choices that combine nicely. Take the Lobo: mezcal, lemon, Douglas fir, cantaloupe and “Chef tears” (the latter a saline solution – again, they aren’t afraid to have fun). It delivers a light smoke wafting around fruit and forest accents. The Oh Ellen was another fav, and a bit of an anomaly – a summer bourbon drink mixing whiskey with strawberry, lemon, simple and soda into sunshine treat.

You’ll find beer and cider in cans and on tap as well, a solid and tight wine selection, and some n/a treats, including a house ginger beer that carries the right amount of heat. It goes well into adult drinks, too, and the bartenders will be happy to whip up something special with it. For me, they mixed it with island liqueur Falernum and rye.

Overall, the “let’s have a good and tasty time” vibe makes the space, which is deceptively large and can seat 115, a little more cozy. They’ve maintained the tall woodbeam’d ceiling from the past owner, but have re-done most of the rest of the interior with an open kitchen as you walk in across from the white-tile-sided bar. The restaurant has very clean lines, with both light and dark wood, from floors to tables and chairs and booths. There’s lots of natural light, and they’ve kept the deck with its glass garage doors. It feels both appropriate for families (the kids are gonna love some of the food choices) and couples.

And I haven’t even mentioned the best part! Take my advice, and save room for the Choco Tacos. Long a convenience store standby, here this simple ice treat is elevated to dessert legend: graham waffle cones stuffed with peanut butter ice cream (that I’d steal a pint of) and little meringue dollops, surrounded by peanut and cookie crumbles. They both finish off and sum up a meal at Sawyer in the perfect manner.