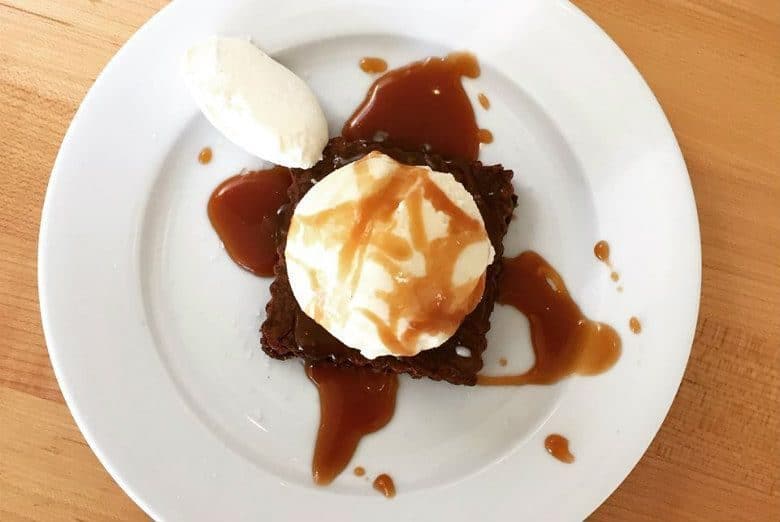 The city of Seattle is amid one of its driest stretches ever. But unfortunately, two popular restaurants are reeling from a flood in their Ballard building.

Sometime after souped-up diner Skillet closed for the night on July 24, an office two floors above them in the mixed-use Greenfire Campus building began to flood, likely due to a pipe burst, says Skillet manager Amelia Holmes. By the time the Skillet crew came in the next morning, there was 2 inches of standing water throughout the restaurant.

“It looked like it was literally raining in the restaurant, just pouring down,” Holmes says.

Water “completely soaked” the brunchtime favorite’s kitchen equipment, and the space’s dry wall and panel sheeting will need to be replaced. While they’re still estimating the total costs of the damages and insurance companies haggle over who pays for what, Holmes says it will be three or four weeks before Skillet will be able to reopen.

The flooding also forced organic ice cream shop Parfait to close, as noted by KUOW’s Ross Reynolds. Parfait founder Adria Shimada, who lives in Ballard with her husband and son, also estimates it will take three to four weeks to reopen. Initially launched as a food truck, Shimada hopes to have the ice cream truck parked outside the shop during the repairs. In the meantime, pints are still available in local grocery stores including PCC and Metropolitan Market.

The timing was especially bad, as Skillet was just launching a new dinner menu during one of its busiest months of the year. Holmes says she may need to hire new staff, as current employees could seek jobs elsewhere during the closure rather than go weeks without work.

“It’s tough when something unexpected like this happens,” Holmes says.