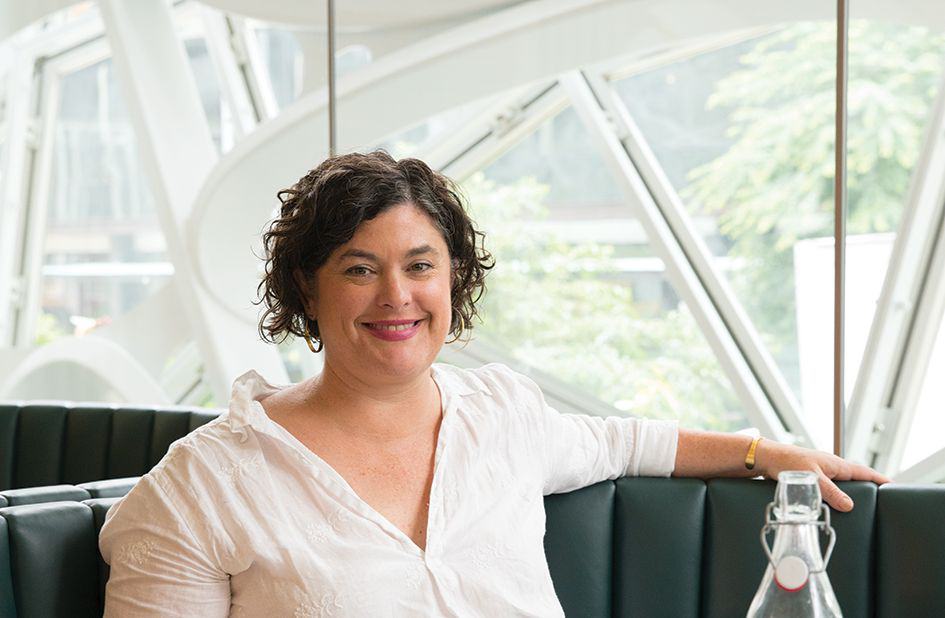 This article appears in print in the February 2020 issue, as part of the 100 Best Things To Eat Seafood Edition. Click here to subscribe.

Chef and restaurateur Renee Erickson needs no introduction here. Her restaurants—the most renowned being The Walrus and the Carpenter, The Whale Wins and Willmott’s Ghost—are beloved most for their preparations of seafood. But not just any seafood. Erickson runs a tight ship when it comes to sustainability, and in 2018, she made headlines for pulling chinook salmon (few in number and integral to the diet of our resident orcas) off all her menus. We sat down with the seafood advocate and asked one question: “As environmentally conscious Seattleites, how can we feel good about eating seafood right now?”

As told to Chelsea Lin

It’s a huge can of worms. Reading up on Monterey Bay Aquarium’s Seafood Watch and using that as a guide is a really good place to start. The thing no one wants to hear is that it’s our responsibility to do the work. No one’s going to do it for us. If we want to pretend like we give a s— we have to read, and not while we’re at the dinner table, but before we go out in the world.

Where is the line drawn? For me, I’m on the more extreme end of things. But I also drive a car. So, we all just have to make the best decisions we can. And if you screw up, that’s fine, just keep trying to get better.

I would say eating shellfish [rather than finfish] is a good way to feel good about what you’re doing. It’s a lot easier to grow oysters than a salmon. Also, looking at the species more than at the place; thinking, “OK, I’m at a sushi restaurant and they’re serving me farmed Atlantic salmon. They’re maybe not making as good of a choice as I’d hope they would.”

People haven’t really gotten to a place where they’re willing to give up something they love. We can’t pretend we get to have whatever we want anymore. And that sucks—nobody wants to hear that. Are we willing to mindlessly eat whatever we want knowing it will be gone one day? Or try to stop it? There’s [still] no guarantee that it will work. But I’ll feel better knowing that I didn’t keep eating bluefin tuna until they were gone.

We’ve been luxuriating in a world where we assumed the best and were fed the worst. Now, I think we’re seeing the fallout of that, where food has degraded, the quality is super poor. Farmed Atlantic salmon is not salmon in my mind. It’s this big fish that doesn’t have to do any of the things salmon have to do to survive; therefore, it’s not salmon. It’s frustrating. I go in waves where I’m just like, “Am I a lunatic?” I get angry, super angry about it. I don’t even know if people are thinking about it. They’re just like, “It’s salmon, I’m gonna eat it.”

The only people who were really angry [when I pulled chinook off the menu] were chinook fishermen—and not the ones we buy from even. This isn’t because I don’t want fishermen to be successful. I do. I just want fish to be here 10 or 15 or 100 years from now. I didn’t feel like I could keep serving something that I knew was threatening the survival of orca whales as well as the survival of the salmon.

You have to just try to make the best decisions and not beat yourself up if you don’t. Live and learn. Whale Wins served trout when we opened, and I love trout. But after a year of us serving trout, I got to a place where I was like, “Huh, I wonder what they’re feeding the trout?” I hadn’t even thought about it. And, of course, they were feeding them GMO corn and s—. So, we stopped serving trout. People were furious about that—far more furious than they were about chinook salmon, which I find hilarious. I would forever take chinook salmon over farmed trout.

Now, there are times when I call Corey [Peet, the technical adviser for the James Beard Foundation’s Smart Catch seafood sustainability program] and ask, “What should I be buying? Is anything OK?” I remember asking him once, “Should I be serving any salmon at all?” And he said, “Honestly, probably not. Especially not chinook.” We have a sustainable guide for our chefs that goes from where we want [them] to buy olive oil to farmers [to source produce from] and that kind of thing. If you want to buy fish, do the investigation, look it up, ask me. We’ll figure out if it’s safe or not. There isn’t a lot that we can buy.

This interview was edited for clarity and length.