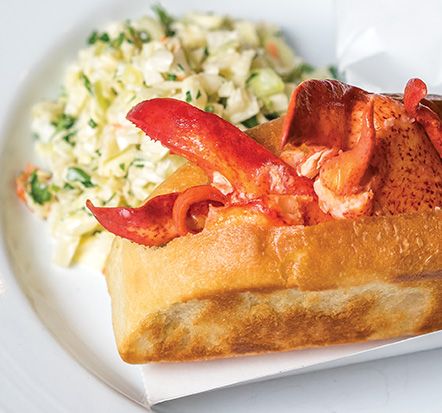 When it comes to sandwiches, I’m usually all about the condiments, the pickles, the cured meats, the flavor. But then I met newcomer Bar Harbor’s Connecticut-style lobster roll ($20): knuckle-and-claw lobster meat tossed in warm clarified butter, perched in a split-top white roll custom made in an undisclosed (we tried) South Seattle bakery. Suddenly, I understood that simplicity can be a very powerful thing. Owner and Maine native Ben Hodgetts, a Matt’s in the Market vet who worked as its wine director, says the usual New England–style lobster roll, with mayo, celery and chives, has been the most popular item on his menu “inspired by the Atlantic Northeast” (look for shrimp cocktail, crab and kale Caesar, chowder, even whoopie pies!). But who needs all that when the marriage of sweet, subtle lobster meat and salty, warm butter is the most perfect union? It’s Hodgetts’ favorite, too. South Lake Union, 400 Fairview Ave. N; 206.922.3288; barharborbar.com