The former hotel and brothel could get a boutique makeover. 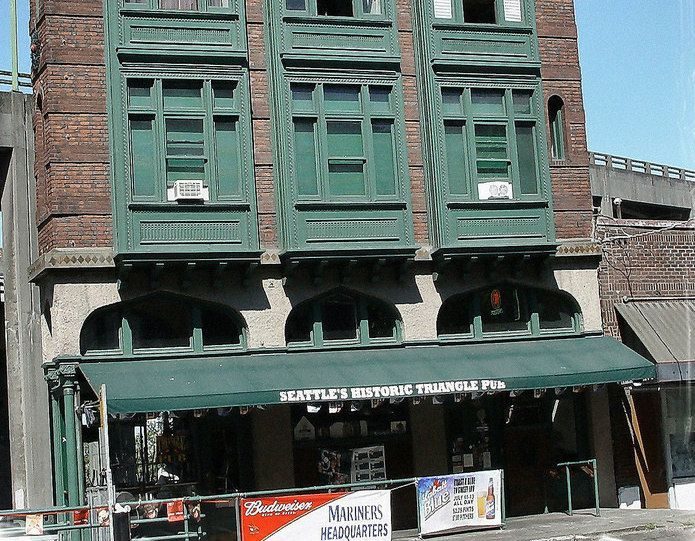 Fresh on the heels of F.X. McRory’s (hopefully) temporary closure, the future of another pre-game fixture got a little murkier.

The historic Triangle Hotel and Bar building in Pioneer Square has been sold to Eastside developer Raymond Spencer for $1.9 million. It’s the first time the building, which houses Seattle’s Historic Triangle Pub near CenturyLink Field (not to be confused with Mac’s Triangle Pub in White Center), has changed hands since the 1970s.

Once the Alaskan Way Viaduct is gone, Spencer tells the Puget Sound Business Journal (paywall), the landmark building could be converted into a boutique hotel with some type of bar on the ground floor. It’s unclear what that means for the sliver of a dive bar flooded by jersey-clad beer guzzlers before games at CenturyLink and Safeco Field. However, the sticky-floored purveyor of jumbo-sized beers isn’t exactly “boutique.” Calls to the pub Tuesday morning went unanswered.

The uniquely shaped building with a tiny footprint was modeled after New York City’s Flatiron Building and has a long history in the hotel/bar biz. The 1910 development was part of the “Tidelands Real Estate Boom,” which according to the national historic register was designed to transform Seattle’s “swampy coastal areas.” The ground-level bar reportedly operated as a speakeasy during Prohibition, until a telegraph company took over the space in 1929. During the Great Depression, a brothel filled the upstairs floors.

Whatever the next phase of the Triangle Hotel and Bar building brings, it presumably won’t be as seedy.