German Cocktails at Altstadt, Vote for Local Distillers and More

All the boozy news you can use 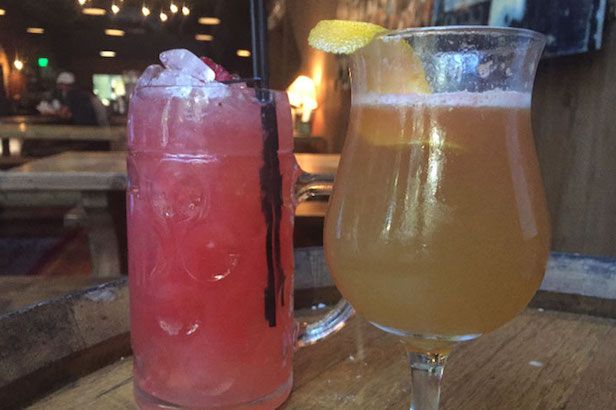 From special drinks to big booze contests to cider-ific anniversaries and events, local bars, distillers, and cideries are making the end of summer a wonderful place for those who, like me, love our local producers. Read the below and learn more.

Altstadt’s German Cocktails: Pioneer Square’s Altstadt opened three years ago and became known for its wide-open space, thick sturdy wooden tables and well-curated beer selection. But lately, it has also been delivering delicious mixed drinks–the current cocktail menu carries a German slant. This isn’t too surprising for a “German bierhalle,” but Germany does tend get under-represented when held up to other Euro spots. My favorite pick on here is the Amber Waves. A really top-notch beer cocktail that mixes vodka or bourbon (go with the latter, for a richer flavor) with lemon, orange marmalade, and Weltenburger Hefe-Weissbier. It’s a refreshing number, with a citrus smoothness, and goes perfectly with its sausage selection (which boasts a swell housemade–like most everything here–vegan delight). This cocktail menu runs to Sept. 16, when the Oktoberfest Brewers Kick-Off event initiates a new menu with even more fresh drinks. (The Oktoberfest event will be chock full of beer and food menu specials, such as steamed dumplings and grilled whole mackerel.)

Vote for Local Distillers at USA Today: A number of our awesome local distillers are up for the gold in USA Today’s “Top 10” Craft Distillery Reader’s Choice Awards, including:

It’s fantastic how many local distilleries we have in the competition, and just points to why the WA distillery scene is the best in the country. Head over and vote early, and vote often. Your votes count!

Seattle Cider Company Third Anniversary: It’s hard to believe that the swell Seattle Cider Company is three years old–it has released such an array of ciders already, and is in 12 states! But it’s true, and the cidery is throwing a big anniversary party this Saturday, August 27, at its Woods tasting room on 4660 Ohio Ave South. The celebration lasts from 1 to 7 p.m., with an awesome lineup of more than 18 ciders on tap for the day, including year-round hits, seasonal special ciders, barrel-aged ciders, and special releases (see the full list). Plus, there will be giveaways, games, and food from Bread & Circuses (located in the tasting room). Get there early: the first 300 people get a free Seattle Cider poster.

Cider Summit Is Coming: Following along the cider event trail, the annual Cider Summit (the kickoff to the sixth annual Washington Cider Week) happens September 9 and 10. Held at the South Lake Union Discovery Center Lawn, you’ll discover more than 180 ciders, plus meads and cider cocktails, from Washington, Oregon, Idaho, Michigan, California, Vermont, and New Hampshire, and international numbers from the United Kingdom, France, Spain and Canada, to name a few. There’ll also be food from Whole Foods Market and Capitol Cider, a Dog Lounge hosted by the Seattle Humane Society where dogs and owners can chill and refresh, and music produced in conjunction with the mighty KEXP. General admission tickets are $35 in advance and $40 or get VIP ones for $45 exclusively online.