BaBaLio (or BB6) makes its debut on Sunday 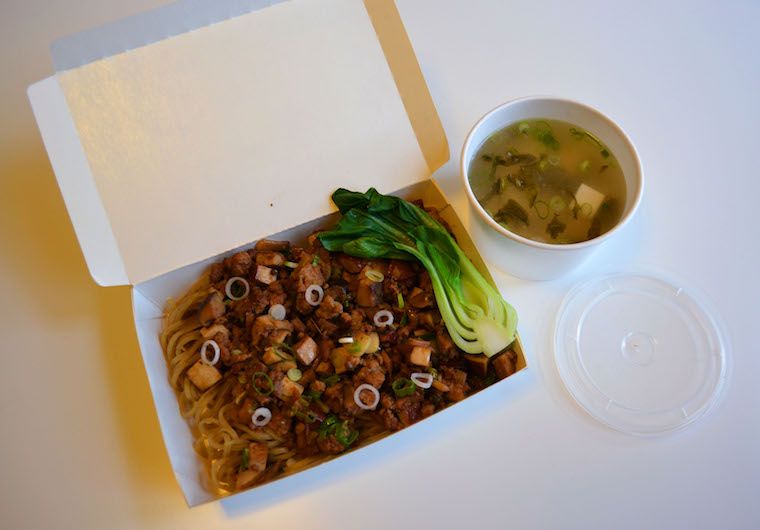 Like many chefs, Tiffany Ran grew up eating food very different than what she’s spent her professional culinary career cooking. She was born in Taiwan and raised near Los Angeles, in a community where Taiwanese—and Korean, and Chinese—food is readily available. Then she moved to Seattle eight years ago.

“I remember asking someone, ‘Where’s all the Taiwanese food here?’” she recalls. “Someone pointed me toward dim sum at Jade Garden, and to teriyaki. It was just one of those moments: We’re not in the San Gabriel Valley anymore.”

As she was working her way up Seattle’s restaurant world (she’s been a cook at the Walrus and the Carpenter, White Swan Public House and Kamonegi, among other places, and is currently working with Brothers & Co. catering and farmers market stands) Ran would call home and have her mother walk her through recipes—jotting down flavor combinations and cooking process.

On Sunday, Aug. 12, she’s welcoming diners to her first ever pop-up restaurant: BaBaLio (or BB6, for short, a reference to the 886 international calling code for Taiwan), where she’ll be introducing Seattle to some of the Taiwanese dishes she loves.

“I’m one of the weirdos,” Ran says, “even to this day, I’m one of the few cooks who resist the urge to open their own restaurants. When you see just how much work it is, you just… it’s something I can’t even bring myself to imagine. When I thought about doing this pop up, it was just about filling a void—there’s just not that much representation of Taiwanese food here. There’s always this impression that pop-ups have to have a greater goal. But it would just be great for this to stand as my answer for what Taiwanese food is.”

What is Taiwanese food? Well, Ran is still putting final touches on the menu—part of the pop-up will be a multi-course, ticketed sit-down dinner, which is already sold out, but the other part will be walk-in, to-go street-food-style dishes that she says are indicative of what is readily available in Taiwan. Those options will include soy-braised pork over rice ($14), sautéed greens called a-choy ($5) and her mother’s zha jiang noodles ($13, with optional pork for an additional $3). All to-go options will be packaged in cute boxes she brought back from her last trip to Taiwan.

Wann Yen in the U District will be hosting the pop-up, which runs 6 to 9 p.m. Stop by and pick up a box of noodles or rice, and keep your eye on babaliotaiwan.com for info on upcoming pop-ups so you can score one of those ticketed seats.