These festivals, bars and new brews will quench your fresh hops thirst 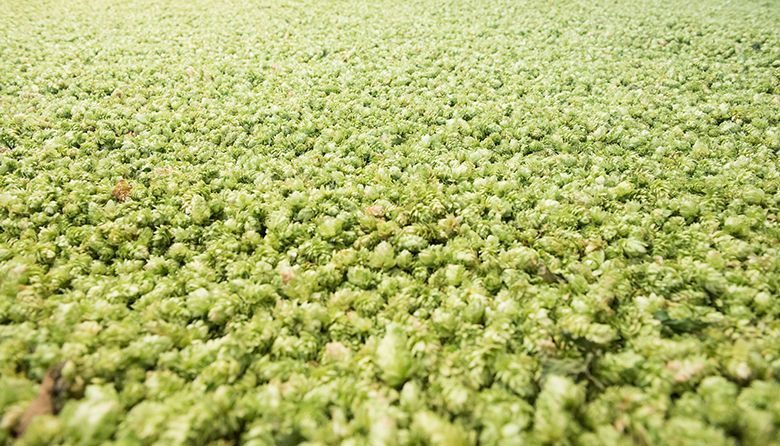 It’s a magical time of year: the annual hop harvest. That means all of you hop heads are eager to quaff some fresh hop beers at every opportunity. As your beer enablers, we want to share some information about where you can find fresh hop beers. We list festivals and special events where you can enjoy a selection of freshies. We also share what we know about particular breweries and their plans for releasing this year’s product.

I will update this post as more info comes in and will share it continually via social media channels. Breweries, bars and others with info can contact me at kjones@washingtonbeerblog.com.

Watershed Pub and Kitchen, Seattle – As of September 6th the freshies have started to arrive. Early arrivals include beers from Mazama Brewing and 20 Corners Brewing Company. “Looking like the floodgates will open in the next week or two – Breakside Brewery, Rooftop Brewing Company, Maritime Pacific Brewery, Lazy Boy Brewing Company, Lucky Envelope Brewing and others on the way.”

Fresh Hop Forum at Aslan Brewing, Bellingham – September 29th. Aslan Brewing is assembling a tap list of special release fresh hop beers from far and wide ~ available all in one place, the Aslan Depot: Barrels & Blending. The event will feature live music, delicious food options, and plenty of fresh hop beer to go around! We’ll be releasing the full beer lineup as we get closer to the event. See the Facebook event page.

Fresh Hop Flight – Sunday, Oct. 14th, Starting at 11:00. Brewmaster’s Taproom, Renton.  “This year we’re teaming up with All Mutts Great & Small out of Yakima! We’ll have an amazing flight of fresh hop beers for $20 with 100% of the proceeds going to All Mutts! Plus, by purchasing a ticket to the flight tasting, you’ll have first dibs on our always awesome auction event!”

Fresh Hop Fiesta – October 9th at The Pine Box in Seattle. “We will have been tapping Fresh hop beers since early September, this day we’ll be tapping everything we can that’s fresh and delicious. Expect 20 of the freshest fresh hop beers from some of our favorite breweries all on tap this day. Keep an eye one the Facebook event page for details.

BEER RELEASES
List will be updated as info becomes available. Note that this is a moving target. While things are still in the tanks, dates are flexible. That is,  check with the brewery before you make a special trip across town. Unless otherwise noted, look for these beers at the brewery taprooms.

Lazy Boy Brewing – Already Released. On tap at the brewery’s taproom and The Fidder’s Inn. Coming soon to Watershed Pub. (See above)

Fremont Brewing – Friday, September 7th. Fremont Brewing released its fall seasonal, Field to Ferment Fresh Hop Pale Ale, on draft and in six-packs on Friday, September 7th. Look for it at the Urban Beer Garden and at local retailers, Fremont is brewing this single fresh hop ale with three hop varieties sequentially as they are harvested throughout the entire hop harvest in Yakima. The first release will feature early harvest Centennial hops followed by Simcoe and finally Citra.

Diamond Knot – week of Sept 10. Pale ale with fresh Amarillo hops from Gamache Farms. Expected to be out for distribution week of Sept. 10th.

Flying Bike Cooperative Brewery – Sept. 13. several pounds per barrel mixed local fresh hops, mostly Cascade, Centennial, and Chinook, plus a touch of some nice whole-leaf and “noble” hops on the side.

Hellbent Brewing  Sept 19th (Amarillo Fresh Hop IPA). “For this wonderful batch of greatness we would like to thank Virgil Gamache Farms located in Toppenish, WA. Head Brewer/ Owner Brian Young visited the farm earlier this month and picked up some fresh Amarillo hops which will give the beer an “aroma that is described as flowery, spicy and citrus-like with a distinct orange bouquet.” Release event planned.

Pike Brewing – September 21st (tentative). Wolf in the Woods. Brewed with fresh Citra hops from Perrault Farms. Available at the Pike Pub and at Tankard and Tun.

PostDoc Brewing – Week of September 21 thru 28. Citraverse IPA is a 100% Citra Fresh Hop brewed with a touch of wheat resulting in hazy juicy goodness with loads of fresh tangerine and musky mango character. Hops are from Perrault Farms in Yakima.