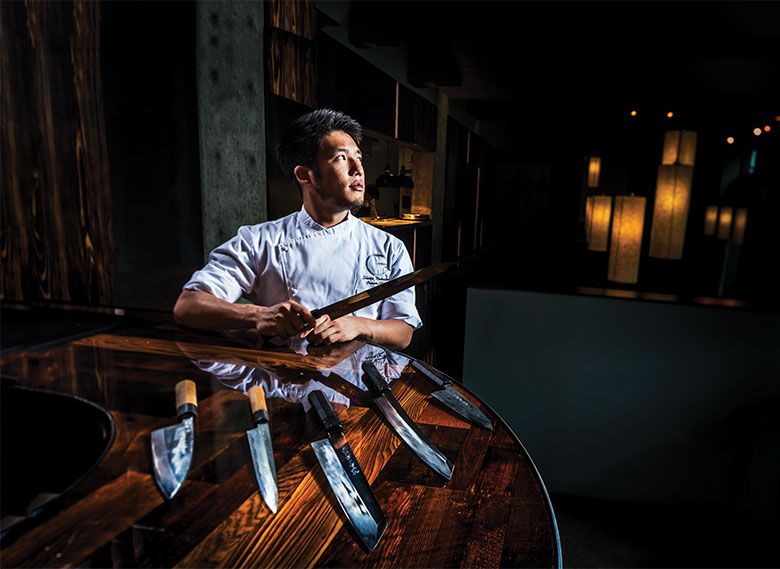 A local chef — now retired — once commented that a perfect restaurant would have “no customers and no employees.”

A cynical view, perhaps. But it elegantly captures the challenges of running a restaurant. Culinary entrepreneurs have to be so much more than good cooks. The great ones parlay awesome kitchen skills, enviable marketing savvy and top-notch management chops into the kind of destination dining that garners three-star reviews and five-alarm sizzle. They understand that the profit margins can be thinner than scaloppine, but they persevere because the rewards are as rich as a silky béarnaise.

Knowing how to cook is one thing. The entrepreneurs on these pages have that down. Knowing how to cook for a crowd, how to hire the right people and how to entertain finicky diners are skills that tend to separate the people who can construct a good meal from those who can build a successful business.

With one of the most vibrant dining-out scenes in the country, Seattle attracts and nurtures spectacular culinary talent. On the facing page and the pages that follow, you will get to know five who took the time to sit down and answer our questions. Some are relatively new to the Seattle restaurant scene; others are veterans who have demonstrated the staying power of a robust cabernet. Each day, they deal with delivery issues, personnel problems and, increasingly, governmental regulation that may be well intentioned but often seems like meddlesome overreach to the owner of a small business.

Yet their love for food, for a well-executed meal, transcends the quotidian and ultimately informs and enlivens their distinct business models.

In January, Nakajima closed his high-end kaiseki, Naka, and pivoted toward a more casual, less expensive business model with Adana, which he opened in February. A big reason, he says, was his yearning for regular customers “from a ‘hey, it’s good to see you again’” standpoint.

Seattle Impressions: “My base [of experience] is off Japan and I am still newer in the Seattle area, so I would say I don’t know as much as chefs and owners who have been in Seattle longer. What I do see is that the definition of a great restaurant in Seattle is different from Japan — not in a bad way, just different.”

Profit motive: “We are not a large restaurant so, ideally, for the people who are ordering dinner in the dining area with alcohol, dessert and other options, if the bill comes to $50 [per person], I am pretty happy.”

Northwest cuisine defined: “Holly Smith always kills it with her northern Italian at Cafe Juanita. Her food is still to this day the best in town. Taichi [Kitamura] from Sushi Kappo Tamura has the only sushi place in Seattle that really tries to deliver local fish straight to the guests.”

Preferred knife: “That’s like asking a parent to choose their favorite child. They all have their uniqueness and different uses.”

Biggest challenge: “I would say the rise in the minimum wage and [higher] taxes, which is tough for a small business like mine. I do hope there will be an option for smaller businesses so I can see more family-owned places survive compared to everything turning into a full corporate America.”

Biggest mistake: “If I make it too Japanese, the way I learned in Japan, there will be the group of people who love it, but most people will say there is no texture or flavor.”

Biggest success: “I don’t think I have reached success yet. I am constantly looking into how I can do things better.” Photograph by Scott Eklund. Kevin Davis was a semifinalist for the James Beard Foundation’s Best Chef: Northwest in 2008, 2009 and 2010.

Davis was the original chef for Oceanaire Seafood Room in 2001. He left in 2006 to open Steelhead Diner, but when Oceanaire went bankrupt in 2010, Davis and his wife, Terresa Davis, returned to create Blueacre Seafood.

$15 minimum wage: “In an industry as labor intensive as ours, any small change in labor cost has a major impact on our operation. It used to take us several months to adjust to the state minimum wage increases of 10 cents a year, so raising the minimum wage by 10 times that amount each year has thrown our entire business model into chaos.”

Changing Seattle: “Seattle is a lot more cosmopolitan and there are a lot more good restaurant options in the surrounding neighborhoods that weren’t there 10 years ago. It’s made us better competitors. Our clientele has stayed basically the same over the past few years, although I do believe we have less of a local presence downtown due to high parking rates and the traffic issues created by Seattle’s rapid growth. The flip side of that is the ever-growing tech industry, which accounts for a larger and larger percentage of our event business every year.”

Dining out: “We try to eat at a new restaurant every week, but if I had to choose, I would say any restaurant where the owner is actually cooking!”

Biggest mistake: “Putting anchovies on anything! It’s the kiss of death in Seattle. Personally, I love them, but I use them discreetly.”

Greatest success: “Speaking for my wife and myself, our four beautiful children, our three beautiful restaurant ‘children’ and getting to live in the beautiful city of Seattle.”

Kitchen tunes: “Never in the kitchens while I work. But on Saturday and Sunday morning, I get to Orfeo about 6:30 a.m., warm up the ’73 Deluxe reverb, plug in a little black Stratocaster and let it rip. Strictly blues.” 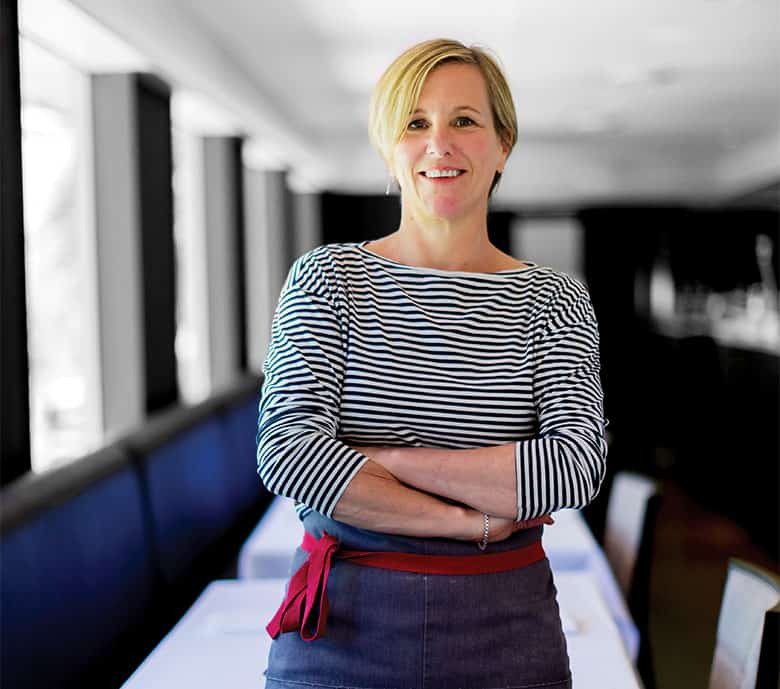 Photograph by Scott Eklund. A native of Maryland, Holly Smith moved to Seattle in 1993 and worked at Tom Douglas’ Dahlia Lounge. She opened Cafe Juanita in 2000 to focus onthe food of northern Italy.

Smith received the James Beard Foundation’s Best Chef: Northwest award in 2008and was a semi-finalist in 2011, 2012 and 2015 for the organization’s Outstanding Chef in the United States honor.

Constant focus: “My goal daily is to create a menu and a space where I would like to dine. That continues to be the true north for Cafe Juanita. I have never changed what I was offering based on economic conditions external to the restaurant. I have tried not to make creative and cultural decisions based on fear.”

Changing tastes: “The biggest change in the last year has been the increased participation in tasting menus. We enjoy taking guests on a journey. The tasting menu is a fun way to try new things.”

Changing habits: “There is still the Seattle factor of casual attire and everyone wanting to dine at 7 p.m., but those somewhat rigid elements are relaxing a bit. Increasingly, we have welcomed guests with dietary restrictions. While we have always welcomed them, in the past four years, we have honed our service and do weekly menus printed for vegan, vegetarian, dairy-free and gluten-free guests.”