The Ichiroll Is Still a Big Hit at Safeco Field

Ichiro Suzuki is back in Seattle, but the Ichiroll never left 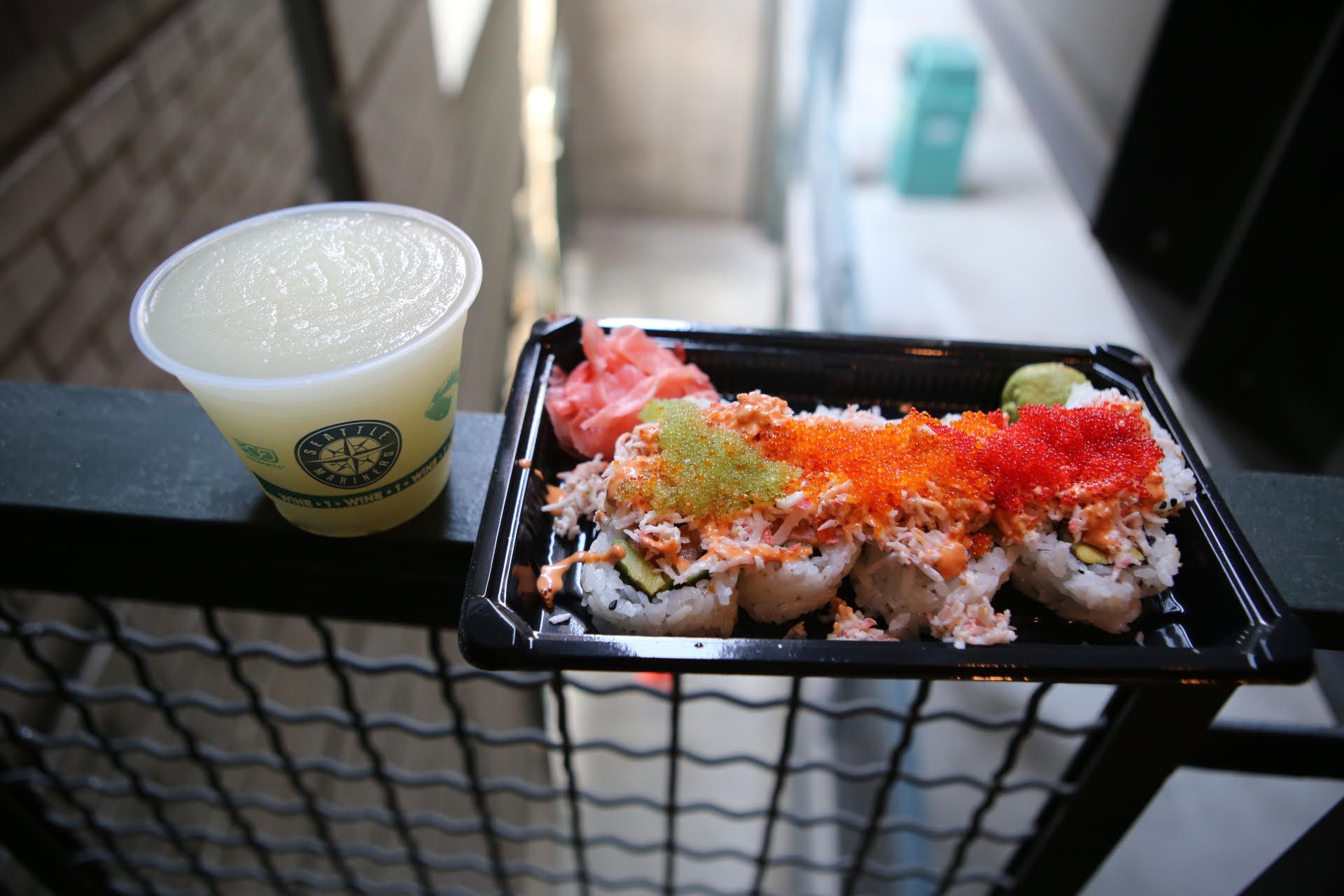 Ichiro Suzuki is back in Seattle and Mariners fans are very excited about the return of one of its most popular players of all time. But you know what’s never left Safeco Field? The Ichiroll!

This sushi homage to the quiet, fiercely determined outfielder from Japan first arrived at the ballpark’s concession lineup in 2001. It was a really big deal back then because, at the time, stadium fare meant hot dogs and garlic fries. That’s changed a whole lot, especially at Safeco Field, where chef Ethan Stowell has been working with the stadium’s culinary team from Centerplate to dramatically upgrade the offerings for eight years. (Give that chef an MVP award!)

This season’s welcome additions include Jack’s BBQ — located in The ‘Pen (get the brisket sandwich!) — and spicy won tons and more from legendary dumpling makers, Din Tai Fung, which is behind section 132. Just across the way, Hiroshi Egashira and his team makes the Ichiroll to order at Safeco Sushi. That’s no easy feat. There are a lot of steps and layers to this Instagram-worthy creation. Traditional, slightly sweet, a little bit vinegar-y sushi rice is pressed into a large sheet of nori. Then wild Alaska salmon is arranged on top of that, along with avocado and cucumber, making it a something that resembles the California roll at this point. But it’s not done yet.

After the fat roll is sliced, it’s loaded with a whole bunch of surimi (aka imitation crab), two types of tobiko (aka teeny fish eggs) and drizzled with spicy mayo. An eight piece order is $15, making it a pretty good deal, considering you’ll be stuffed after eating it.

During the opening home stand, I was halfway through my Ichiroll when Ichi made a highlight-reel-stunning catch, robbing the batter of what should have been a home run. YAY! So, I guess that means I’m going to eat an Ichiroll every time I go to a Mariners game this year. Because, you know, it would be bad luck not to, right?

So has Ichiro ever tried this delicious tribute to his greatness? Highly doubtful. The chef who used to cook for the players, Jeremy Bryant, said Ichiro was very particular and maybe even a little superstitious about what he ate.

“Before every game, I’d make him chicken wings, and he always ate just seven of them,” said Bryant.

The Mariners play Oakland this weekend at home, and Houston comes to town next week.