Which singular city block has the city's best, and most varied, assortment of restaurants? 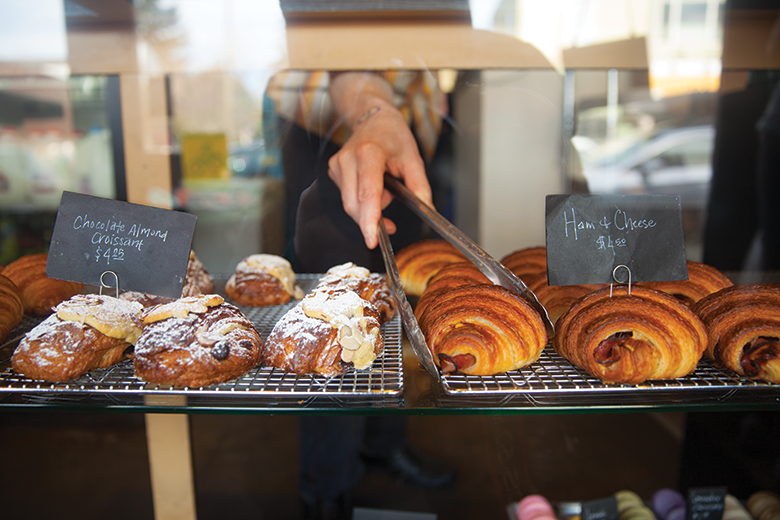 How often do you eat in your own neighborhood? People all the time ask me where I eat out most frequently, and the answer is less about the restaurants I think are the best in the city, and more about the pizza place around the corner and the family owned Hawaiian joint down the street. These are busy times, and proximity rules.

Well, we thought it would be fun to play a little game: If you had to eat every meal within one Seattle city block for a year—or a lifetime—which block would you choose?

We’re taking out of consideration most of Ballard, Capitol Hill and downtown because… too easy. It has to be a single block—NE 65th Street in Ravenna between Third Place Books and Salare, for example, is epic, but spans three different blocks. As is Stone Way, for the cluster that includes Joule, Whale Wins, Manolin and Sea Wolf. Again, more than one block.

Here are a few of our favorites.

Capitol Hill
15th Avenue E between E Harrison Street and E Republican Street
This is a long block, outside the popular Pike/Pine corridor, that somehow finds space and customers to support THREE coffee shops—Caffe Ladro, Ada’s and Victrola—which is a-ok in our book. There’s also Wandering Goose and Rione XIII. The other side of the street is a whole lot of nothing, and that doesn’t even matter.

West Seattle
California Avenue SW at SW Alaska Street
It’s a tossup. Is it better to head north at this junction? Or south? One way has Bakery Nouveau and Mashiko, the other (a block up) has Ma’Ono and new Supreme pizza. We’re voting south for the balance: morning almond croissants, evening sushi.

Univeristy District
The Ave between NE 47th Street and NE 45th Street
Money, too, doesn’t matter in our scenario here, but cheap eats like U:Don, Thai Tom, Caliburger, Aladdin Falafel and Hawaii BBQ are the sort of casual, everyday foods that you literally can eat every day. (Most of the students do.)

There are obvious holes here—we couldn’t settle on a fave International District block. Or Pioneer Square. That’s where you come in. Share your picks, or weigh in on one of ours, here.