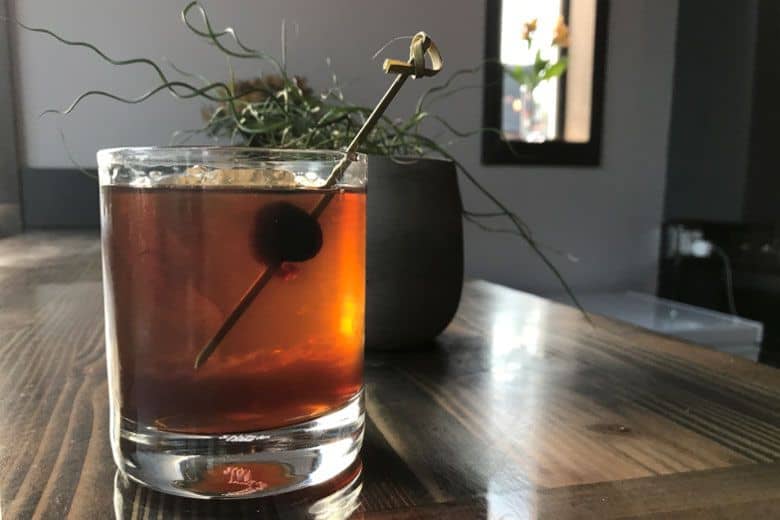 After rumors that it would open last spring, Joli launched in Ballard less than three weeks ago, and the locals flocking in don’t seem to have minded the wait. I recently stopped by, intrigued by the whispers of continental touches, and here are my initial impressions.

The Drinks
There are eight cocktails on the drinks menu from gregarious bar manager Paul Shanrock (Rocco’s, Sexton), who you’ll likely be on a first name basis with by the time you leave. The cocktails cover a few classics, like the Joli Old Fashioned and a Raspberry Mule, rounded out by number of house creations motivated by the many Italian bottles behind the bar.

The School of the Wolf (also available on the smaller happy hour menu from 4-6 p.m. Tue.-Sat.) hit the right herbal notes for today’s bitter-loving palate, with Old Forester bourbon, Spanish Yzagiurre sweet vermouth and Cappelletti Sfumato Rabarbaro, a treat from Italy’s Trentino-Alto region made with rhubarb roots, herbs and berries. Heady stuff and worth trying.

However, my favorite sipper was A Lovely Day for Bloodsport. With criminally underutilized grappa (specifically the delicious Cividina grappa) as the base, combined with Luxardo Bitter Bianco, a spice and citrus aperitif, and Carpano Bianco vermouth. It’s a memorably light, botanical and vegetal, number with a hint of smoke and lemon. There’s also wine and beer available.

The Food
As you might expect after the cocktails, the food menu from chef Amy Beaumier (Bell + Whete, Local 360) also features European touches, plus unexpected combos starting with an array of small, shareable dishes. Six choices are highlighted by a delicious, crisp mushroom flatbread topped with a smooth and savory Mornay sauce, kale, cured egg yolk and chili oil (this is also on the happy hour menu, deal seekers).

There’s a vegetables section, too, which included a mix of heirloom tomatoes with lush Italian burrata cheese, melon, peach and hazelnut. For more expansive appetites, there are five larger choices. Carnivores might want to follow the E.U. theme and get the steak frites au poivre et au cacao (with pepper and chocolate) and dijon sauce, or the ricotta cavatelli with braised rabbit.

The Space
Fitting in agreeably within the bustling stretch of 65th Street Northwest between 8th and 3rd avenues, Joli has large front windows opening out onto the street, with the views into the restaurant sure to attract passersby. Once inside, they’ll find a bar section set off by an unobtrusive rail with 14 metal bar chairs around the shiny L-shaped wooden bar top, plus some tall three-top bar tables.

In the non-bar section there are four bigger wooden booths that mirror church pews and a handful of smaller tables near the windows. It seats just over 50 and while not an immense space, feels spacious thanks to a fairly high ceiling with wood beams, an open kitchen, clean lines and three minimalist mountain scene paintings. Well-placed fresh flowers and a few plants were just another nice touch from this neighborhood spot that can transport you nearly around the world with one sip.