The Italian Hoagie that Seattle Has Been Missing 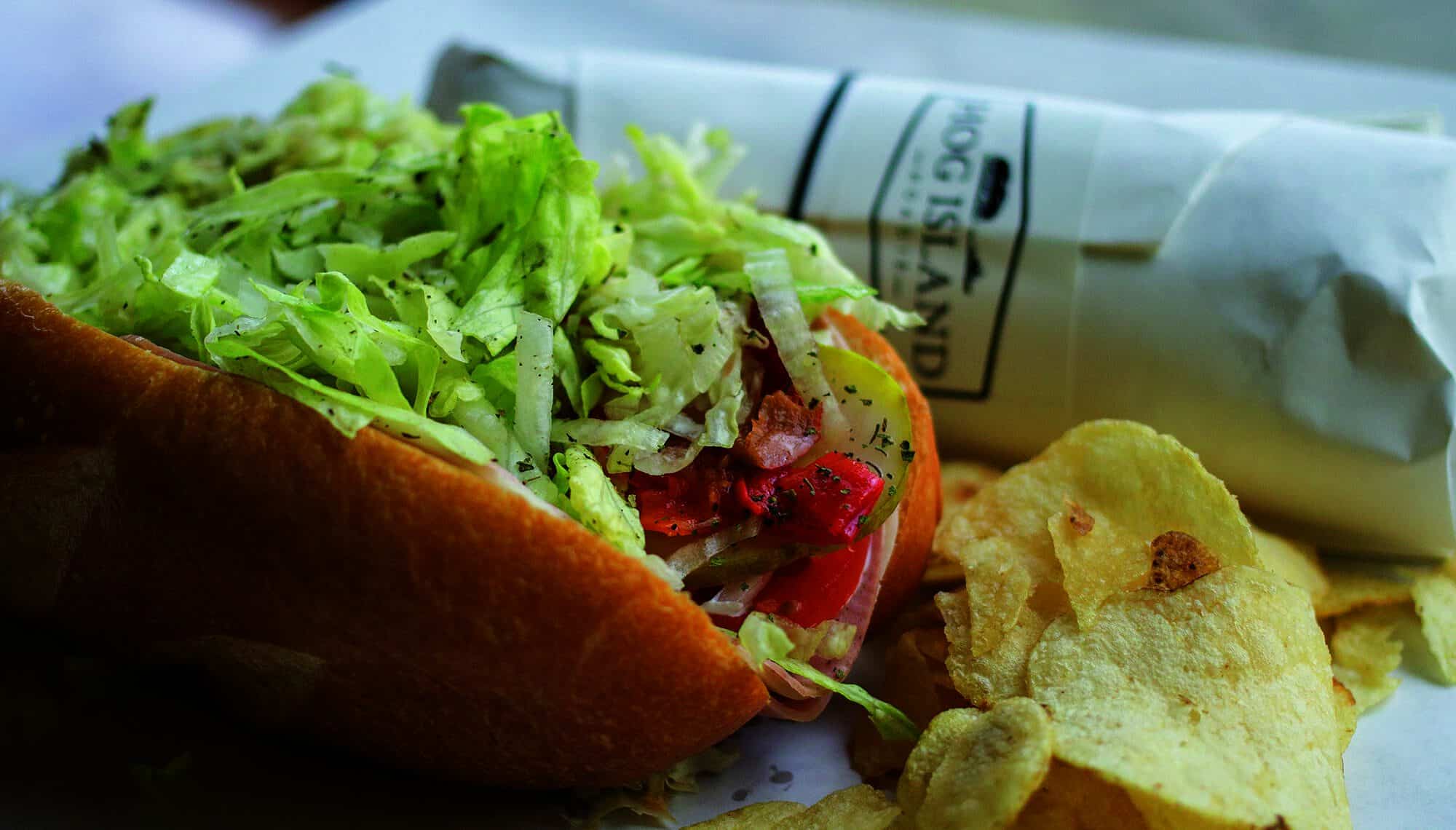 It’s been 25 years since Joel Radin first opened the doors of the beloved original Bauhaus on Capitol Hill. It was the sort of independent coffee shop that shaped Seattle culture and community: lots of books, loud music, plenty of seating. When development forced the shop out, Radin moved it across the street. That location abruptly shuttered in 2015 due to financial difficulties, along with another Bauhaus location in Green Lake and Radin’s other passion project, Midwestern-themed Ballard restaurant Zayda Buddy’s. Employees and regulars were upset (some still are).

After a brief closure when all this went down, one Bauhaus lived on, thanks to a change in ownership: the library-esque Ballard location. Radin stayed involved as the driving creative force behind the café. Now, he’s the mastermind behind Hog Island Hoagie, an East Coast sandwich shop he’s running from the counter inside Bauhaus.

Although he’s not an East Coast transplant himself, Radin says he “just channeled it” when creating his subs; he’s been pleased with the response from customers, some of whom have told him the subs are the best they’ve had in Seattle. Indeed, a taste of his Hog Islander Italian hoagie ($12) is classic and unfussy, with all the requisite ingredients: an assortment of cold cuts (ham, salami, mortadella and capocollo) with provolone, hot cherry peppers, sweet Mama Lil’s peppers, shredded lettuce, tomato, onions, pickles, mayo and the finishing touches of salt, pepper, oil, vinegar and oregano that too many West Coast shops forgo. The roll (made by a local bakery he wouldn’t disclose) offers an appropriate chew without that crusty baguette exterior. It’s all made quickly, wrapped in butcher paper and best consumed with a bag of Philadelphia import Herr’s salt-and-vinegar potato chips.