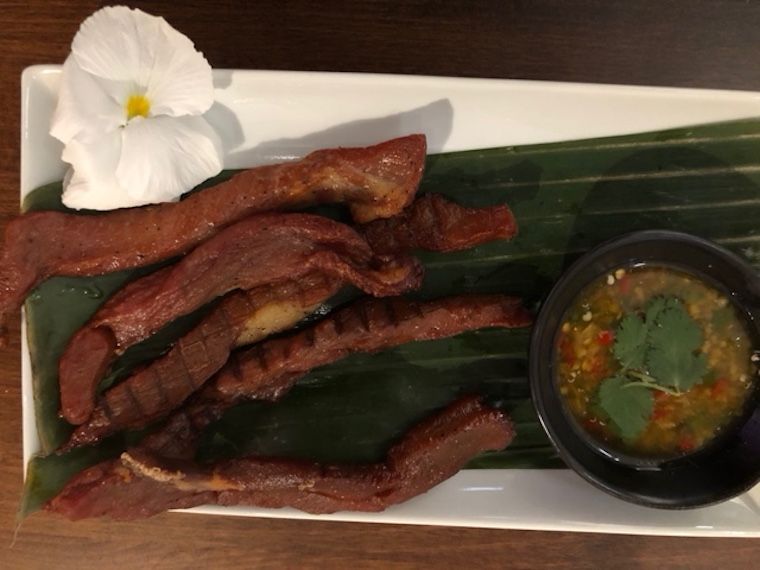 Carrie Bowen, who moved with her family of 10 siblings from Vientiane, Laos, to Redmond more than 30 years ago, has a deep history in the local food scene. But she’s worked at and owned predominantly Thai restaurants (most recently Tangerine Thai on Phinney Avenue)—now, she’s opening Lao Bar, an all-ages Capitol Hill restaurant celebrating the cuisine of her homeland.

Thai and Vietnamese foods both have huge followings in Seattle. The two culinary countries share a border with Laos—which borrows flavors from each in a cuisine that’s similarly salty, sour, occasionally sweet, unapologetically spicy and heavy on the herbs—and has just a small fraction of the representation here. (I can think of only three local Lao restaurants: Viengthong, Song Phang Kong and Amazing Thai Lao Cuisine.)

Bowen, whose given first name is Phoukhao (which she says is Lao for “mountain”), is partnering with her chef sister Oula Sakounthong, who formerly ran Savatdee Thai in the U District until she had to close due to rising rents. Savatdee did have a Lao menu alongside the pad thai. But this will be both women’s first venture that’s pretty much exclusively Lao.

That’s not to say you won’t recognize some of the dishes on the menu—Lao and Thai food (particularly Isaan food from the northern part of Thailand) have many dishes that overlap. Bowen says that since this is a new cuisine for many people, her plan is to just “get out there and explain it to them,” so during this soft opening week, she’s been trying to meet and greet as many guests as possible. She explains that a lot of this food—skewered meats, bowls of noodles and soups, sticky rice, etc.—make great complements to alcohol, which she’s counting on with the full bar and Asian-influenced craft cocktail list. Of course, Singha and Beer Lao will be available as well. Capitol Hill may be just the right fit for the combo—Lao Bar is in the Broadway alleyway below Tacos Chukis.

For now, Bowen says Lao Bar will be open from 5pm to 1am (closed on Mondays), but hope to add lunch. Swing by and try some new things.