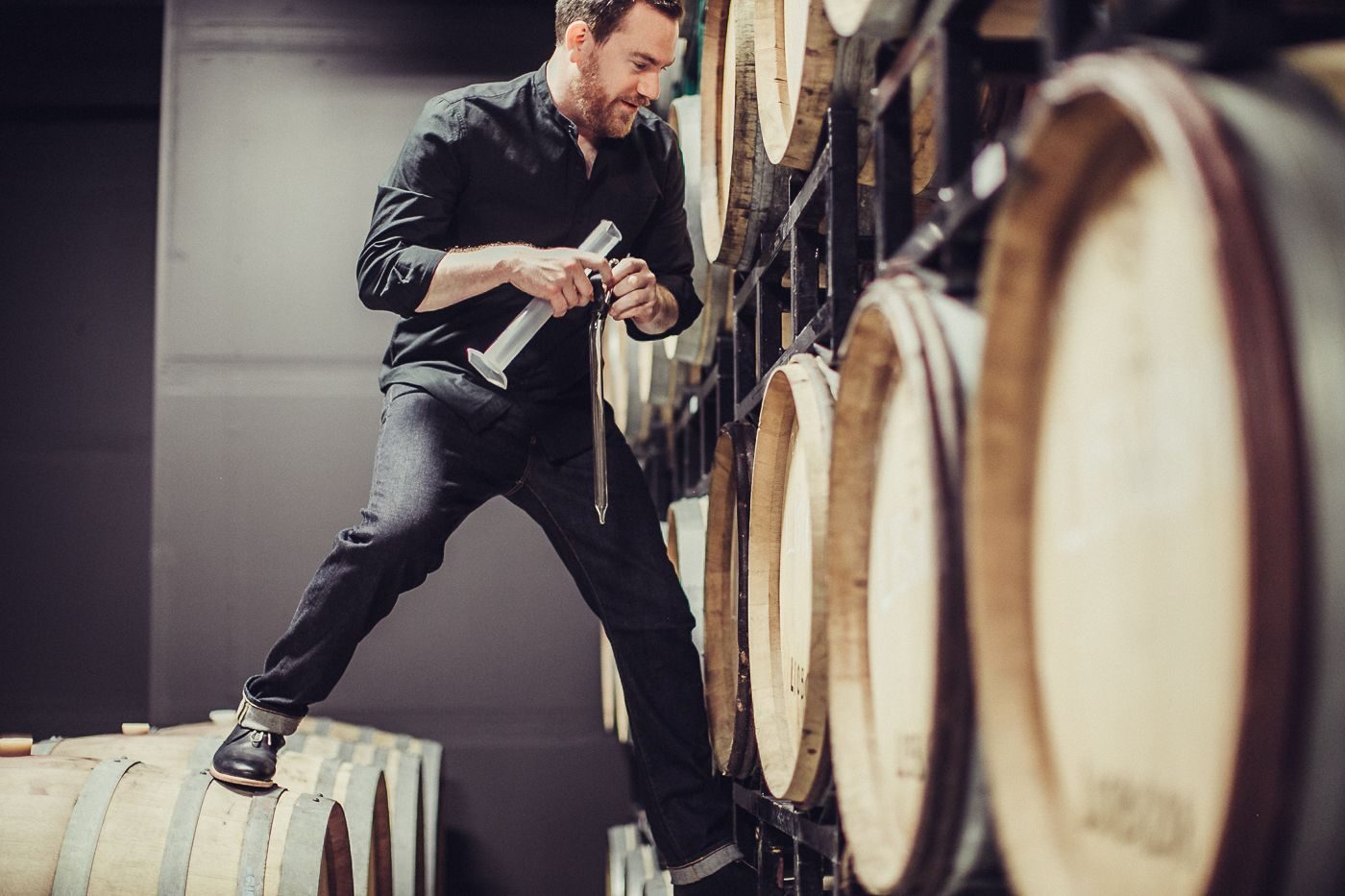 For a new winery in Washington State, it can be easy to get lost in the sea of talented winemakers. With more than 900 wineries, 350 grape growers, and 55,000 acres of planted vineyards, this corner of the world is flush with grape-fueled industry. Any hopeful winery must have a clear sense of purpose—a specific house-style—to even begin to stand apart. Latta Wines, located at Seattle’s SoDo Urban Works, find its house-style through a thoughtful focus on place.

Before starting his own project, Latta was the assistant-turned-head winemaker for K Vintners for almost ten years—an opportunity that allowed him to explore the greatest and most unique vineyards of eastern Washington. This passion for place is foundational for Latta Wines. In a cool part of the Frenchman Hills of Columbia Valley, Latta works with Josh Lawrence, owner and vineyard manager of Lawrence Vineyards, to create the best possible growing sight for Roussanne. The two have a program in place that allows these grapes to get the long, cool growing season they prefer in warm eastern Washington. His award winning Malbec comes from Northridge Vineyard in the Wahluke Slope. The vineyard’s thin, loamy soils cover deep-packed gravel, a combination that Latta says “produces singular red wines.” And it seems to make a difference — Latta Wines’ 2011 Malbec still holds the highest point review for Malbec in Washington State history from the Wine Advocate.

The place that appears to have the greatest influence on Latta’s lineup is Upland Vineyard on Snipes Mountain, the source for both his single-varietal bottlings of Grenache and Mourvedre. The process of finding Upland was arduous to say the least.

“I first set foot on Upland in 2009,” Latta says. “I had passed on several great sites that seemed to be promising for Grenache, but ultimately proved unsustainable. Grenache vines like temperature the way my mom does: bring on the intense summer heat. Cold winters, on the (other) hand, are a nearly insurmountable challenge. Grenache vines would have the thermostat set to 75 degrees in middle of January if they could.”

Grenache can also be finicky about the soil in which it’s grown. “I was looking for a site that had echoes of the vines’ ancestral homes,” he said. “Upland has the alluvial galets that mark the ground in Châteauneuf-du-Pape and the slopes of Priorat—where Grenache grows famously.”

Upland stands apart for many vineyards in the state because of Snipes Mountain’s anticline formation, which, for grape-growing, means that Upland Vineyard has perfectly-suited-for-Grenache soils at elevations that prevent freeze. The combination is unusual for Washington—and it lets Grenache grapes mature perfectly.

But Upland’s sense of place involves more than just its geological formation. “Todd Newhouse is the last piece of the puzzle that truly makes Upland what it is,” said Latta. “He’s a fifth generation Yakima farmer who started shifting Upland, which is the oldest commercial vineyard in the state, towards farming varietals that were not incredibly common. I love working with Todd because our goals are the same. It’s simple—we want to make the best wine in Washington.”

One sip of Latta Wine’s Upland Grenache—whether at the 4,500 square foot urban winery in SoDo or a dinner table with a truly worthy meal—and it’s clear that the many years it took to find Upland were well worth it. Collectively, these wines are distinctive snapshots of special places at specific times, and for Latta Wines, the places are some of the the best vineyards in all of Washington.

Latta Wines, 3933 1st Ave S. Seattle WA 98134, is open Thursday – Sunday 12 p.m. to 6 p.m. The wines mentioned in this article, plus the entire lineup, are available for purchase in the tasting room or at lattawines.com. The space is also available for special events.