We wouldn't be surprised to see her hosting on the Food Network some day. 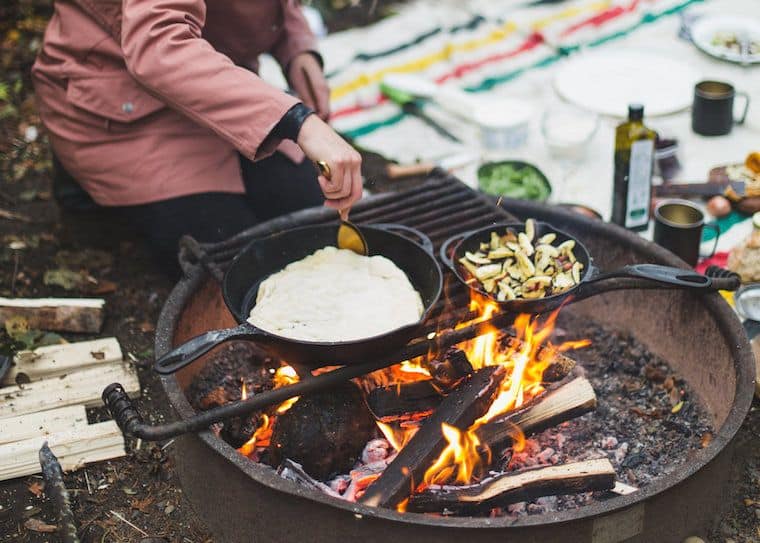 It’s been 10 years since local food blogger Ashley Rodriguez launched her site Not Without Salt. Though food blogs are not quite a Big Deal like they used to be, Rodriguez has managed to take Not Without Salt from fledgling food blog full of recipes and stories into an award-winning platform from which she’s launched a career that includes writing cookbooks, teaching classes, making salts and cookie mixes, and now, owning a store and appearing on a new web series.

On Saturday, Feb. 3, Rodriguez will be hosting a launch party that simultaneously celebrates her new retail spot/event space (Ballard, 6256 3rd Ave. NW) that opened in December and the premiere of her new video series, Kitchen Unnecessary. The show, a collaborative project with her Emmy-nominated cinematographer brother Chris Baron, will take cooking outdoors. Each short episode will show Rodriguez and guests like local mushroom hunters and salmon fishers exploring seasonal ingredients and preparing them over a campfire. “I love the idea of encouraging people to spend time outside no matter the season,” Rodriguez says. “I love the idea of adventuring for your food, and I just love cooking over the fire. You just make it work. I love the surprise of ‘Yes, you can make that food at a campsite!’”

The space, too, is born from Rodriguez’s passion for feeding folks. The former pastry chef says that after building a career online, she wanted a tangible way of cooking for people again without going back to restaurant work. “I’m open to whatever the space is going to be,” she says. “I literally started it because I wanted to have a table, and I wanted to fill the table as much as possible.” For now, that means workshops and special events, plus buy-out dinner parties where she cooks and friends fill the communal table. The space also doubles as an office and retail space where guests can pick up her salt and cookie mixes, plus copies of her 2014 book Date Night In. (She’ll be releasing a “cousin book,” she calls it, called Let’s Stay In focused on feeding her family in October.)

To watch the first episode of Kitchen Unnecessary, swing by the shop for s’mores and coffee on Saturday from 2 to 5 p.m, or tune in online here on Monday, Feb. 5. And keep an eye on Rodriguez—I won’t be at all surprised if she ends up hosting on the Food Network.