From the classic gin and tonic and beyond, we could drink these delicious combos all summer long. 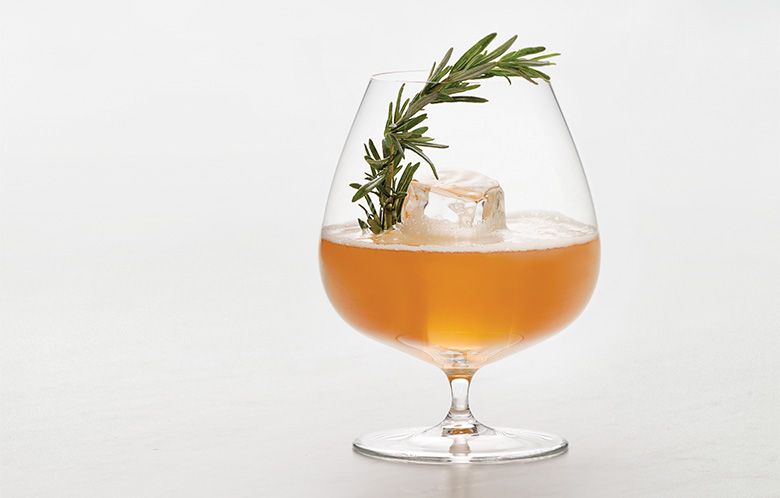 Tonic water was originally fashioned in the early 1800s by adding soda water and sugar to mellow the ultra bitter quinine powder that was taken to ward off malaria. The British who were colonizing India realized that adding gin and lime to this beverage made it even better, and the immortal gin and tonic was born.

Since then, tonic water has been used mainly in that drink and, sadly, mainly in the form of dull, mass-market brands. But as with other ingredients, our modern cocktail revival transformed the landscape. Better bottled tonics are available now, along with imaginative tonic syrup. With tonic syrup, you can control the syrup-to-soda ratio, providing a high level of drink-creation craftsmanship.

Want a lighter drink after a hot day? Simply add another ounce or two of soda water. Looking for a more serious flavor bang?

Pull back on soda, or add another 1/4 ounce of syrup. With our rich local cocktail culture, it’s not surprising that we have three companies making worthy tonic syrups: Bradley’s Tonic Company, &Tonic and Meriwether’s. Try them out in these drink recipes to cure what ails your summer drinking. Scratch G&T-style Gin and & Tonic Syrup
Putting together two ingredients created with the classic G&T in mind delivers in a manner purists will love. The drink’s time-honored coupling of bitter and juniper is tinged with grapefruit, tangerine and floral highlights from the Seattle-based tonic syrup. A delicate lemon twist adds the final touch.

Glass Act
Traditionally, the G&T comes in a highball, or an old-fashioned glass. But in Spain—and even in the U.K. the last time I was there—“gin tonics” were served in a glass with a balloon bowl and stem, to funnel aromas from the main ingredients and the garnish. I like a brandy snifter, but a wider wine glass works. Sherry and Meriwether’s Fancy Drinking Tonic
Meriwether’s tonic makes a mean G&T when matched with Batch 206 Distillery’s Counter Gin, but I also like it mixed with sherry. Sherry and tonic is a favorite as the sun goes down on a warm day, and the botanicals and tang of this tonic are a refreshing match with fino sherry’s nuttiness. It calls for a savory garnish, and I find a sprig of fresh rosemary to be perfect. Super Tonics
All local tonics start with cinchona bark as their main ingredient, which is where the quinine—and the bitter tinges and darker coloring—comes from. From there, however, each has a distinct personality. Try a tiny solo sip first, then with just soda, and then in a gin and tonic (see proportion recommendations below). After that, experiment with the suggestions below—and your imagination.

Brad Feather, creator and past operations manager and distiller at Sound Spirits, says his tonics are “a very simple and clear representation of what a tonic would have been like a few hundred years ago.” That equals six secret all-natural ingredients and a lush orange burst that stands out, with heady spices and a bit of bitterness underneath. Feather has enjoyed it paired with a wide variety of spirits, including sloe gin and aged rum. This tonic is available at Total Wine, Whole Foods and at the Bradley shop (which, of this writing, is planning to be open for tours and tastings by August). Georgetown, 708 S Homer St.

The second release for Brad Feather (he’s working on others—including a Kola tonic to change how people think about rum and Cokes), this tonic is aged in barrels that once contained Kentucky bourbon and Big Gin’s gin. The aging softens the citrus and bitterness while adding tones of oak and botanicals. It makes a really intriguing G&T when used with bourbon-barrel-aged Big Gin, and also is worthy of single malt Scotch and a grapefruit peel. Available at DeLaurenti in Pike Place Market and at the Bradley shop. Georgetown, 708 S Homer St.

Having access to Batch 206 Distillery’s gin-making botanicals spurred the company’s master distiller, Whitney Meriwether, to create his own tonic. The botanicals—lemongrass, allspice, orange—shine alongside an easygoing bitterness. Beyond cocktails, he likes to “float a shot of espresso in a glass of fizzy tonic with large ice cubes.” Find it at the distillery, the neighboring Batch Bar, and soon at liquor stores and bars. Interbay, Batch 206 Distillery, 1417 Elliott Ave.; 206.216.2803

The taste of his first G&T made with tonic syrup was a revelation for former engineer Robert Stone; after lots of experimentation, it led him to start &Tonic. The resulting tonic syrup has an inviting herbal aroma and a flavor balancing bitter and spice with rich lemon and citrus. In addition to mixing it with spirits, Stone recommends it with dry hard ciders, meads and even Prosecco Italian sparkling wine.