A Massive New Ping-Pong Bar is Coming to Downtown Seattle 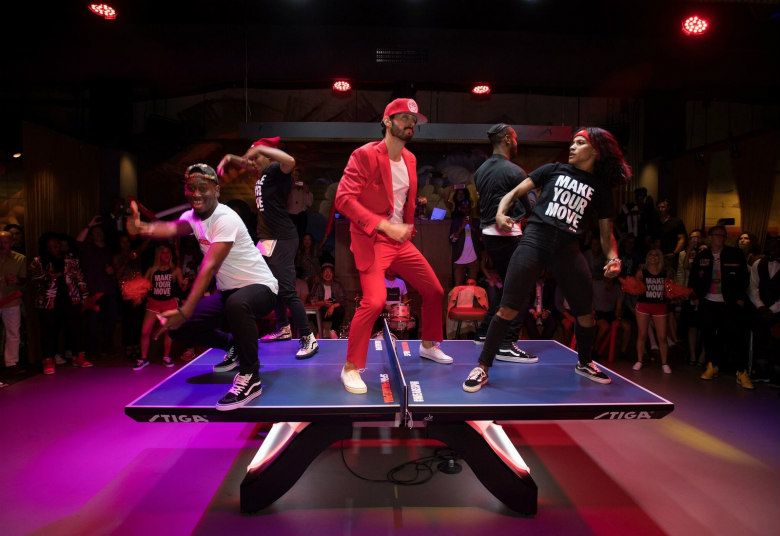 From new lowkey arcade bars to sprawling mini-golf pubs, the game bar trend shows no signs of slowing down in Seattle. Next up: A New York-based chain of ping-pong bars is set to open in downtown next month.

SPiN, not to be confused with the bikeshare company, is moving into a whopping 10,000-square-foot space in the Decatur Building at Sixth Avenue and Pine Street. Since starting off as a series of “naked ping-pong parties” in Tribeca, SPiN has opened bars in a handful of major North American cities. The new Seattle spot (where pants are presumably required) will be SPiN’s seventh location, joining sister bars in Los Angeles and San Francisco on the West Coast.

Architecture firm Baker/Nestor is designing the Seattle bar and restaurant, which is open to all ages (at least during the day) and will feature 12 reservable Olympic-size ping-pong tables. A private lounge will be available for very important pongers and the corporate team-building set. It also sounds like the SPiN team plans to host tournaments, private pong lessons and other special events. The budding chain is known to bring in DJs and professional ping-pong players to take on regulars (return a serve, win a shot).

Based on SPiN’s other locations, expect a slew of local beer, craft cocktails and a mix of pizzas, sliders and other bar-food staples.