Move Over, Pho. Finally a New Slurpable Star is Born in Ballard 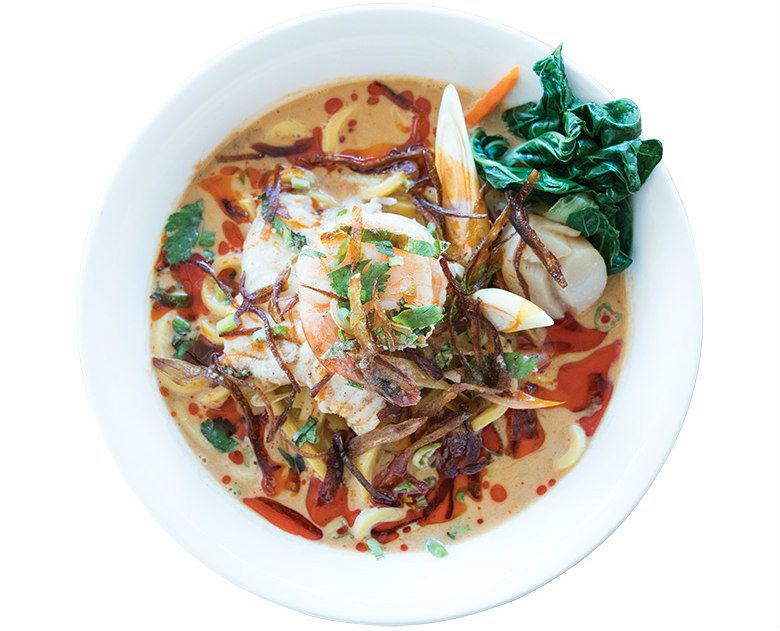 It feels a little like Southeast Asia here: Lush plants line bright walls; scents thick with curry, spice and kaffir lime waft from the kitchen; and there is the frenetic pace of a food stall. It’s hard to pinpoint where in Asia, however, since the menu includes influences from Thailand, Malaysia and China.

Sen Noodle Bar opened on Market Street in Ballard last February by the same owners who operate Pestle Rock next door and Jhanjay down the street. As the name implies, noodles are the specialty, whether served fried or in soup. Order the latter—in a city that loves its pho, there isn’t enough noodle soup representation from countries outside of Vietnam. The ba mee giow muu dang ($12) features pork dumplings and house-made barbecued pork with egg noodles in a simple clear broth, suitable for any day you’re feeling under the weather.

Guay tiow khaek ($16) is the opposite in the best way: a flavor punch of coconut, curry and chili oil with perfectly cooked seafood and slurpable wheat noodles.