A bounty of updates from our local distilleries 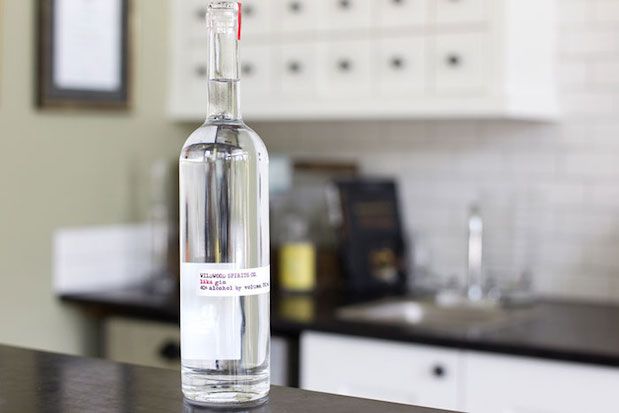 We’re heading into the tail-end of summer, and the temperature and sunshine (most of the time) means that gardens are delivering produce at a fairly rapid pace. But that’s not the only thing growing. Our local distillers have also been releasing bunches of new spirits and liqueurs, making for a tasty time in glasses, as well as on plates. Check out the below for more specifics

Wildwood Spirits Läka Gin: Adding a new sibling to its family of award-winning spirits (including the rightly lauded Kur gin), Bothell’s Wildwood has just released Läka, which is a Swedish word meaning heal. Made using the same local produce and botanicals as Kur, Läka then uses a different, more traditional, method of infusion. The end result is a lovely assertive aromatic nose and flavor, one that resembles a bold London Dry in style, with a solid juniper setting on top of which citrus and spice interplay in a very memorable manner. You’ll have to hit the distillery to get it – and don’t wait around, as this is a limited release. Also, you can now register for the much-anticipated Dark Door wheated bourbon from Wildwood, out in spring, 2018.

2bar Rye and Corn Whiskey: Sadly, it’s too late to get the first rye made in Seattle’s city limits – it was released earlier this summer, and is already sold out. You may still be able to snag a bottle of 2bar’s Corn Whiskey, a spicy smooth whiskey that runs at 100 proof and is made from 80 percent corn and 20 percent malted barley and aged for 2-1/2 years in used 2bar bourbon barrels. But, it’s a limited release as well, so don’t dawdle (and it may already be gone, sadly). Really, to keep up on the exciting whiskey experiments at 2bar, you need to sign up for the 2bar Whiskey Club, which will let you know the instant a new release is coming.

Westland Garryana Single Malt Whiskey: Another limited-edition release (which hopefully you can still wrangle a bottle of at the distillery), this is its first single malt featuring a component whiskey aged in Quercos Garryana, an oak species native to the Pacific Northwest. What does it mean when tasting? Master Distiller Mat Hoffmann, when talking of this oak, says “The whiskies are dark. We get molasses instead of caramel, heavy clove in place of generic baking spices, and in the place of coconut and vanilla, we have smoke, coffee grounds and a meaty savoriness.” It’s the first in their Native Oak Series, so keep an eye out for more.

Copperworks American Single Malt Whiskey Nearly Out: The first whiskey release from this Pioneer Square distiller, Copperworks‘ single malt has been crafted from 100 percent pale malted barley, fermented with brewer’s yeast, and distilled in its two Scottish-built copper stills. After that, it’s been aged for at least 30 months (which is why we’ve had to wait – luckily, we’ve had Copperworks’ gins) in new 53-gallon American Oak barrels. They’ve said to expect a very rich, malty, and flavorful whiskey. To be sure you don’t miss out, you should reserve your bottle (or bottles) now.

Chambers Bay Greenhorn Receives Belated Gold: This boathouse-aged bourbon has been receiving some rave reviews, but didn’t realize until recently about perhaps the highest praise. Here’s the story: It entered the Greenhorn into the prestigious 2016 San Francisco World Spirit Competition, way back in March. But due to some system glitches, it wasn’t notified, until a gold medal showed up in the mail last week! Pretty amazing stuff considering that the 17-month aged Greenhorn was competing against whiskies aged much longer, and was the only Washington whiskey this year to win gold.

Meet Letterpress Distilling at Hotel Sorrento: As part of the hotel’s new Meet the Maker Series (I am sadly too late to tell you about the first installment last month, featuring the awesome Seattle Distilling Company), you can get up close with the fine folks behind Letterpress Distilling on August 22 at 6:30 p.m. in the Fireside Room. Entry is free to everyone over 21, and there will be a special cocktail using Letterpress products, light snacks, and more find sippers for purchase. But the best part is being able to chat with Letterpress about their lemoncello, vodka, and other products, as well as sampling. To stay on top of upcoming Meet the Maker makers, check hotelsorrento.com.