Tarts so good you'll want to eat them sober, too. 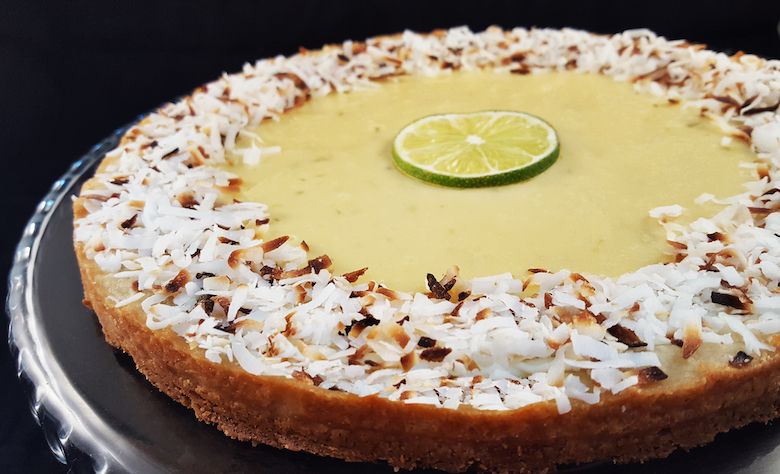 Summer is winding down—goodbye salad season and helllooooooo sugar. To celebrate, R & M Dessert Bar will be opening its doors by early October in Capitol Hill.

Owners Rod Gambassi and Marc Adams (hence the R & M name) aren’t classically trained pastry chefs—unless you count grandma’s kitchen as education. But they’re no newcomers either: Adams says they started making wedding and party cakes about a decade ago, and after a couple of years decided they should expand into other sweets. They went through their grandmothers’ recipe books to touch on those nostalgic flavors everyone loves in dessert, but played with them to perfect and update the recipes. (“Grandma didn’t throw a lot of bacon on her sweets, but we sure do!” Adams says.) Since then, they’ve worked on wholesale accounts and largely stayed under the local radar.

But no more. Now, Gambassi and Adams are busy preparing an array of visually impressive desserts that also manage to be delicious—a rare accomplishment in the world of sweets. Look particularly for the gorgeous tarts in flavors like key lime, passionfruit, and mango-guava, with a salty shortbread crust that balances the sweetness well. These are the desserts you’ll want to plan to pick up whole and take to holiday dinner parties this year.

R & M will predominantly be a destination for desserts, though they’ve planned light savory items as well. There will be about a dozen seats and a walkup window you can buy sweets from outside (look for a different menu there, like housemade ice cream sundaes with banana bread). The spot—in Capitol Hill’s new Cove apartments on East Pike Street and Belmont Avenue—almost necessitates late nights, and they’re planning to stay open until 2 a.m. Fridays and Saturdays at least.

There’s not an exact opening date set, though keep an eye on their Facebook page for updates. In the meantime, they’ll be holding a pop-up shop at the U Village Williams Sonoma on Sept. 9 at 3 p.m.

“It feels like Christmas, because we’ve been working on this for so long,” Adams says. “Even if all we’re getting for Christmas is more work, it’s what we asked for.”