When it opens in May, Freya Cafe will be Ballard's best bet for Nordic noshes 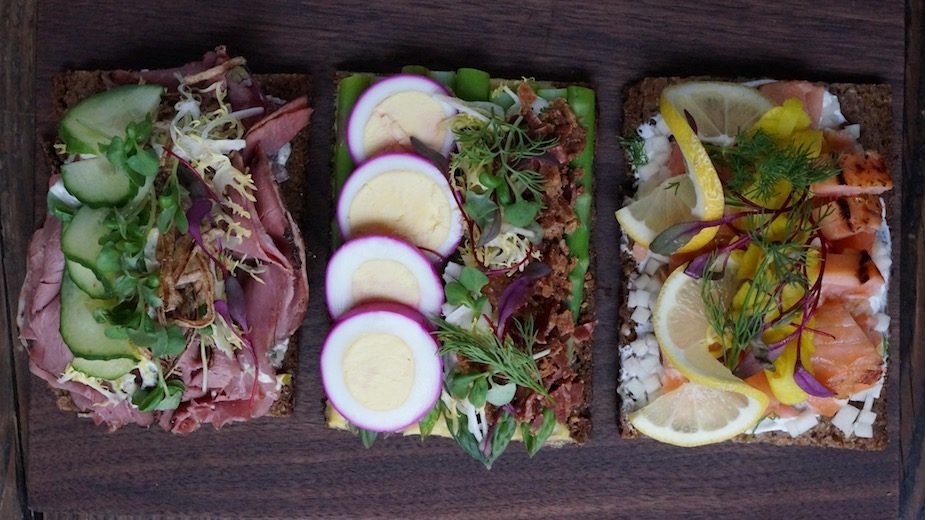 Maybe it’s the hygge hype or perhaps it’s just because we love foraged and pickled foods, but Nordic cuisine is the darling of the current food world. Sadly, though, there are few places to try it here, even with Seattle’s rich Nordic history and culture. (Yes, we know you can get lutefisk at Scandinavian Specialties. No, we don’t recommend it—particularly if this is your first foray into Nordic fare.)

But that will change in early May when the breathtaking new relocated Nordic Museum in Ballard opens, and with it, a café dedicated entirely to the foods of Denmark, Finland, Iceland, Sweden and Norway (with a bit of a PNW twist).

In line with the Nordic Museum’s strong architectural design, no detail was spared in the planning of this bright, open café, Freya, from its namesake, (a preeminent Norse goddess) to its seating (Swedish Lammhults chairs). It will be housed in the museum’s sunny Market-Street-facing corner and offer a rotating menu of smørrebrød—the Danish open-faced sandwiches ($9-$14)—meat-and-cheese plates they’re calling smorgasbord ($12–$14), salads ($8–$12), soups ($4–$7.50) and desserts ($2–$4) like Swedish ginger cookies called pepperkakor, all inspired by Scandinavian cuisine. City Catering Company is the culinary creative force behind Freya—which is open to the public as well as museum visitors (there are separate entrances for both types of guests)—as well as the bespoke menus offering many Nordic (and non-Nordic) options, including Danish, Swedish and Finnish variations on meatballs, for private events hosted at the museum. Executive chef Brendan Arntz has spent years following internationally renowned chefs like Rene Redzepi (of Noma in Denmark) and Magnus Nilsson (of Fäviken in Sweden); you can expect to see their influence, particularly in regard to preserving and pickling, in the cafe.

No Nordic meal would be complete without a drink, and though they’ll have coffee (because Seattle, obviously), the real draw here will be the selection of aquavit, including a caraway-flavored Icelandic version called Brennivin that is regularly referred to as “The Black Death.” Sounds delicious, no?

Café hours will be Tuesday to Sunday 10 a.m.-5 p.m. (open until 8 p.m. Thursdays). Come summer, those hours will likely be expanded.