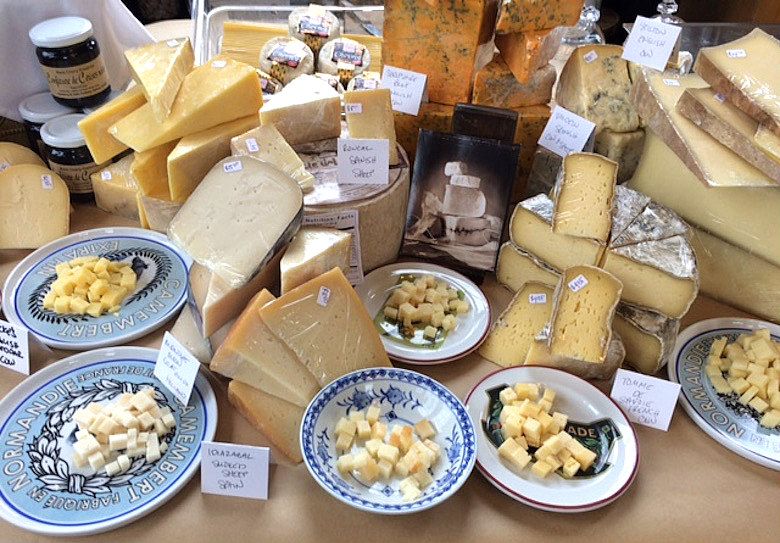 You probably already have plans for Saturday—but you’ll want to make time to swing by Ballard’s Brimmer and Heeltap between 10 a.m. and 2 p.m. for one amazing pop-up cheese shop.

The Roving Cheese Shop is the passion project of Alison Leber, who longtime Seattleites may remember from her Brie and Bordeaux bistro/cheese-and-wine shop that she sold in 2000 after the birth of her second child. Well, that kiddo is now a teenager and Leber’s now got a successful consulting business working with restaurants on various aspects of the food industry (clients include the likes of Beecher’s and Gnocchi Bar).

Still, she says she really, really loves cheese—teaching classes about it, giving recommendations about it to friends, selling it to strangers. She’s been teaching classes at the likes of the Pantry, but in October, Leber launched the Roving Cheese Shop as a way to get back in touch with customers.

The Dec. 23 pop-up will be the first at Brimmer and Heeltap; she’s done others at Heirloom Cookshop in Snoqualmie and the Feed Store in Mt. Baker. She’s planning to bring a dozen or so cheeses she calls holiday favorites. A few of the things she’s most excited about: Shropshire Blue from England; Epoisses Marc de Bourgougne from France (unless it sells out at the Feed Store on Thursday night, she says); Springbrook Farm Tarentaise from Vermont; Ossau Iraty Black Head Manech from the Pyrenees (“a nutty, velvety cheese made solely from the Black Head Manech sheep—very cool stuff,” she says). Brimmer and Heeltap owner Jen Doak says they’ll have a curated selection of wines to sell as well.

Leber says she’s planning to keep the pop-up fairly small scale, and has no interest in opening another brick and mortar. (Worth reading: this post from former Calf and Kid owner-cheesemonger Sheri LaVigne on seeing her business fail.) Keep an eye on Facebook for dates to come in 2018.