Kick off your party season with this drink from Rob Roy’s annual Advent Cocktail Calendar. 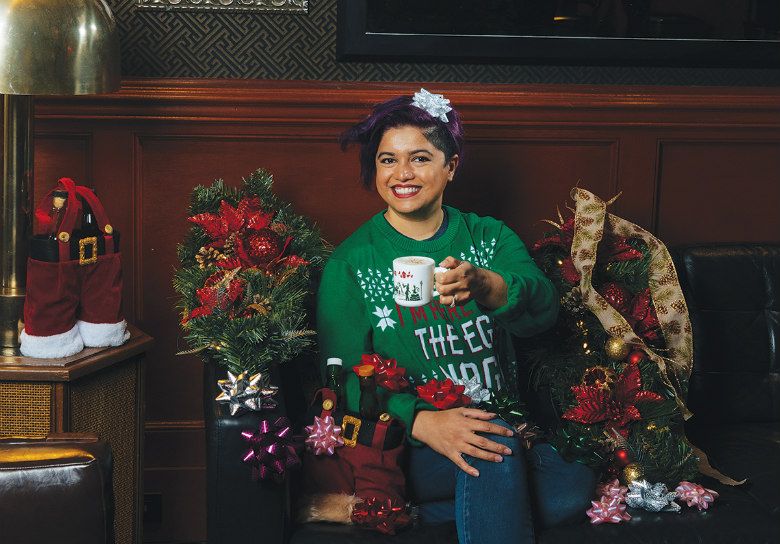 The History: A distant cousin of eggnog, made with an egg batter that is mixed into a mug with brandy, rum and hot milk, the Tom and Jerry was a holiday hit for years. Cocktail historians don’t agree on its exact beginnings. It may have been invented by English writer Pierce Egan as a liquid accompaniment to his 1820s book, Life in London, or by the original celebrity bartender Jerry “The Professor” Thomas, who owned saloons in New York in the late 1800s. Either way, until the latter part of the 20th century, it was popular enough that you could pick up Tom and Jerry inscribed mugs and punch bowls for your seasonal soirées. While it’s still possible to find premade mix in a few upper Midwestern spots, the drink’s place as a premier cold-weather sipper is sadly mostly in the past.

The Update: Seattle’s revered Rob Roy cocktail bar (owned by Anu Elford; she and husband Chris co-own Navy Strength and No Anchor) has unveiled many classic cocktails from yesteryear for Seattle drinkers since opening in 2009. In December 2010, they began their Cocktail Advent Calendar, which features a special menu with a different jolly drink every day of the month. The Truffled Tom and Jerry has been a Scrooge-proof standby on the calendar since the beginning. Ingredients for making the traditional batter include allspice, clove, nutmeg, eggs, sugar and Amrut Old Port dark rum (think butterscotch, vanilla and oak notes); the batter is then combined with brandy, more Old Port rum and hot milk.

Final Taste: Much less egg-forward than a nog, this light, foamy spiced treat would warm Jack Frost but won’t weigh you down. And the truffle elevates it to an epicurean gift anyone would be lucky to receive. Get it Sunday, December 10 at the Rob Roy, or whip it up at home.

Batter up You’ll need to make a batch of batter—perfect for parties! If you don’t have black truffle, this recipe makes a dandy non-truffled version, too. Try tracking down Tom and Jerry mugs on eBay (ebay.com), though any sturdy mug will work. Batter can be doubled for larger parties and will keep in the refrigerator for about two days.

For the batter; makes 6 to 8 servings

Beat the egg yolks until thin and then gradually whisk in the sugar. Add the rum, spices and truffle. In a separate bowl, beat the egg whites until stiff and then fold into the yolk mixture until well mixed. Preheat a sturdy mug by rinsing it with boiling water. Add the batter, brandy and rum to the mug. Stir briefly. Add the hot milk. Stir briefly again. Garnish with the truffle salt.