Order the Octopus at This New Tapas Restaurant in Ballard

This new Ballard spot, with its international menu, is best for group dining 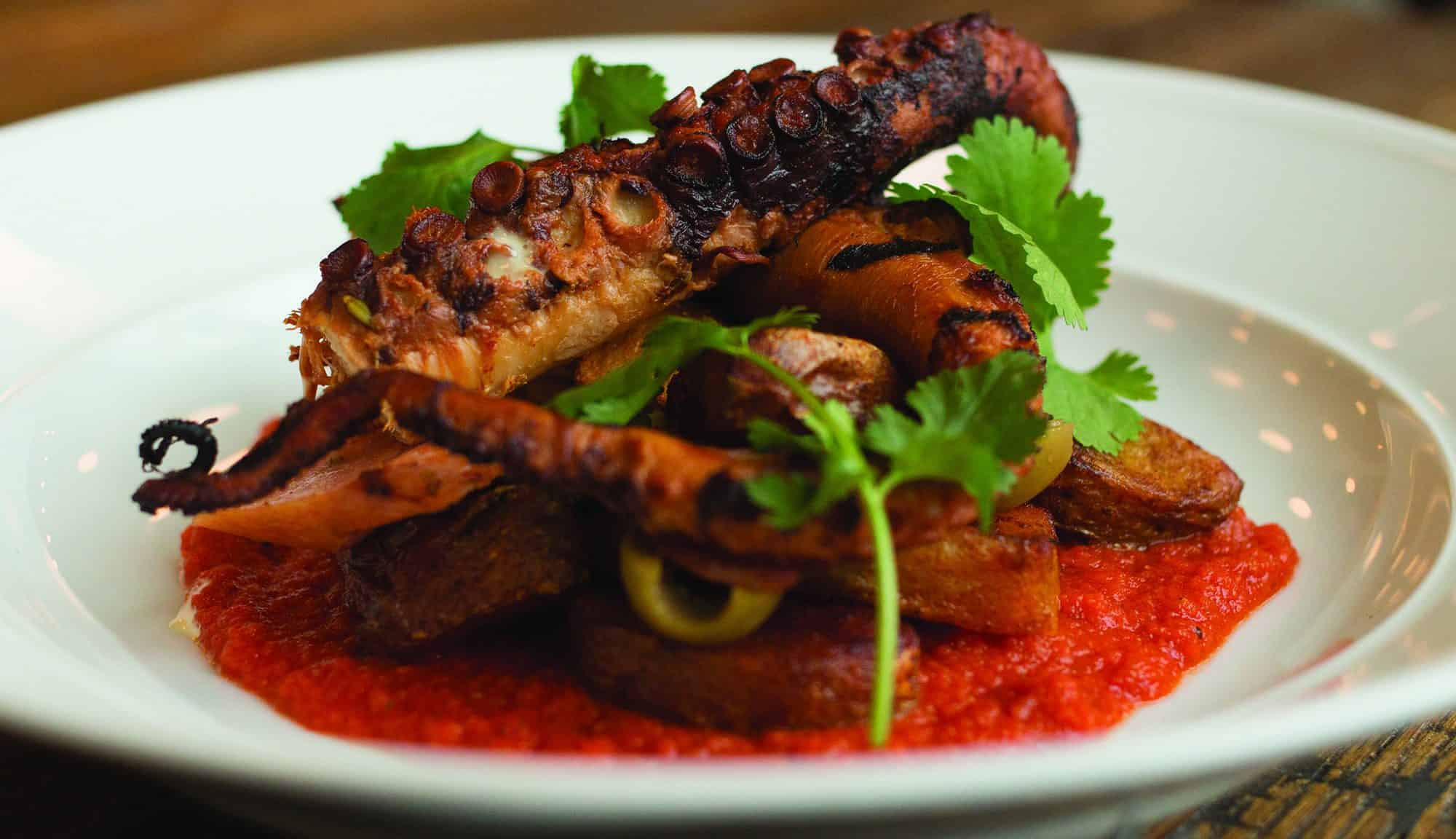 When placing an order at Gather Kitchen and Bar, a block south of the Ballard Commons Park, take your cue from the massive cephalopod painted across the white subway tile behind the open kitchen and order the octopus. Charred, perfectly tender tentacles ($15) are served with patatas bravas (the Spanish equivalent of hash browns), chorizo, green olives and a vibrant, flavorful sauce made with piquillo peppers and tomatoes, resulting in a dish that’s easily the best thing on the menu.

Chef-owner Ryan Donaldson’s (of The Stone House in Redmond) tastiest dish is also the one that’s the most heavily influenced by Spanish cuisine. He envisioned this charming, new-construction Ballard restaurant, with its black-and-white gingham curtains and reclaimed wood tables, as a European-style space, with shared plates (both large and small) and plenty of drinks.

Influences beyond Spain—from mussels in Thai coconut curry ($17) to French duck rillettes ($11)—are evident, and dishes are available in different portions for sharing by groups of various sizes. Not all of the menu offerings are hits, but the beauty in going with a group is that you get to have a few bites of many different tastes. Just save that octopus for yourself.