The downtown staple will shutter this week 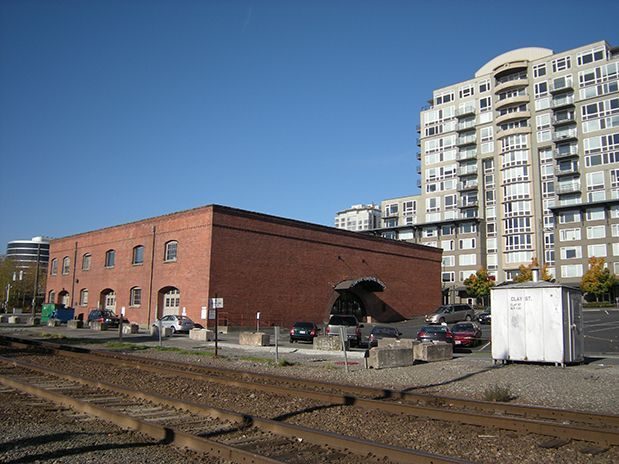 Last week guest writer Helen Freund wrote of the closing of the Queen City Grill, a Belltown restaurant with a glitzy and storied past—and a lot of well-heeled customers, particularly during its heyday in the ‘90s.

And this week, Old Spaghetti Factory, that brick bastion of Italian(ish) cuisine, will be ending its nearly 50-year run downtown on Dec. 23, two years after the building was sold to developers.

A couple of years ago, having not thought about the Old Spaghetti Factory in years, I visited the downtown restaurant. My college roommate had just moved here—it was one of our favorites in Stockton, California, a dozen years ago when times (and our palates) were simpler. We’d splurge on piles of pasta that kept us full all day—a welcome departure from the college cafeteria fare. So it was with a deep sense of nostalgia that we decided to revisit. And it didn’t hurt that my then 3-year-old daughter was pretty stoked on the idea of dining in a railcar.

The restaurant was dark and dusty, just as I remembered. OSF prescribes to the Cracker Barrel more-is-less school of design. I remember spending long stretches on those velvet chairs in the front room, since none of my friends were ever on time. I looked over the menu and settled on an old favorite; I was a vegetarian through my 20s (a story for another day) and always ordered the tangle of spaghetti with mizithra cheese and browned butter. And then there’s the spumoni—a dessert I ate first with a sense of obligation and then learned to enjoy, but only there, out of those little tarnished dishes.

Though this Old Spaghetti Factory wasn’t my Old Spaghetti Factory, it was. That’s the thing about chains like this. There’s an element of reliability and predictability unchanged by time and trends that almost everyone finds comforting. Even my snootiest food-nerd friends (love you, guys!) have a chain that they hold near and dear—be it Taco Time or Red Lobster or Olive Garden or Starbucks. It’s usually something that reminds them of home, of college, of friends and celebrations past.

So it’s a little sad to see a place like this go. Are there better places to get Italian food in Seattle? Inarguably, of course so. But it’s sad to see any longtime restaurant go, particularly when a building sale/new construction is part of the equation, because to many it symbolizes a changing face of the city—for better or worse. If you’re really craving mizithra, there’s always Lynnwood.