Brian Cartenuto at Queen City Grill in Belltown beat out Iron Chef Morimoto at the Best of the Burger Bash last year, and he's made Monday into Burger Night in Seattle. 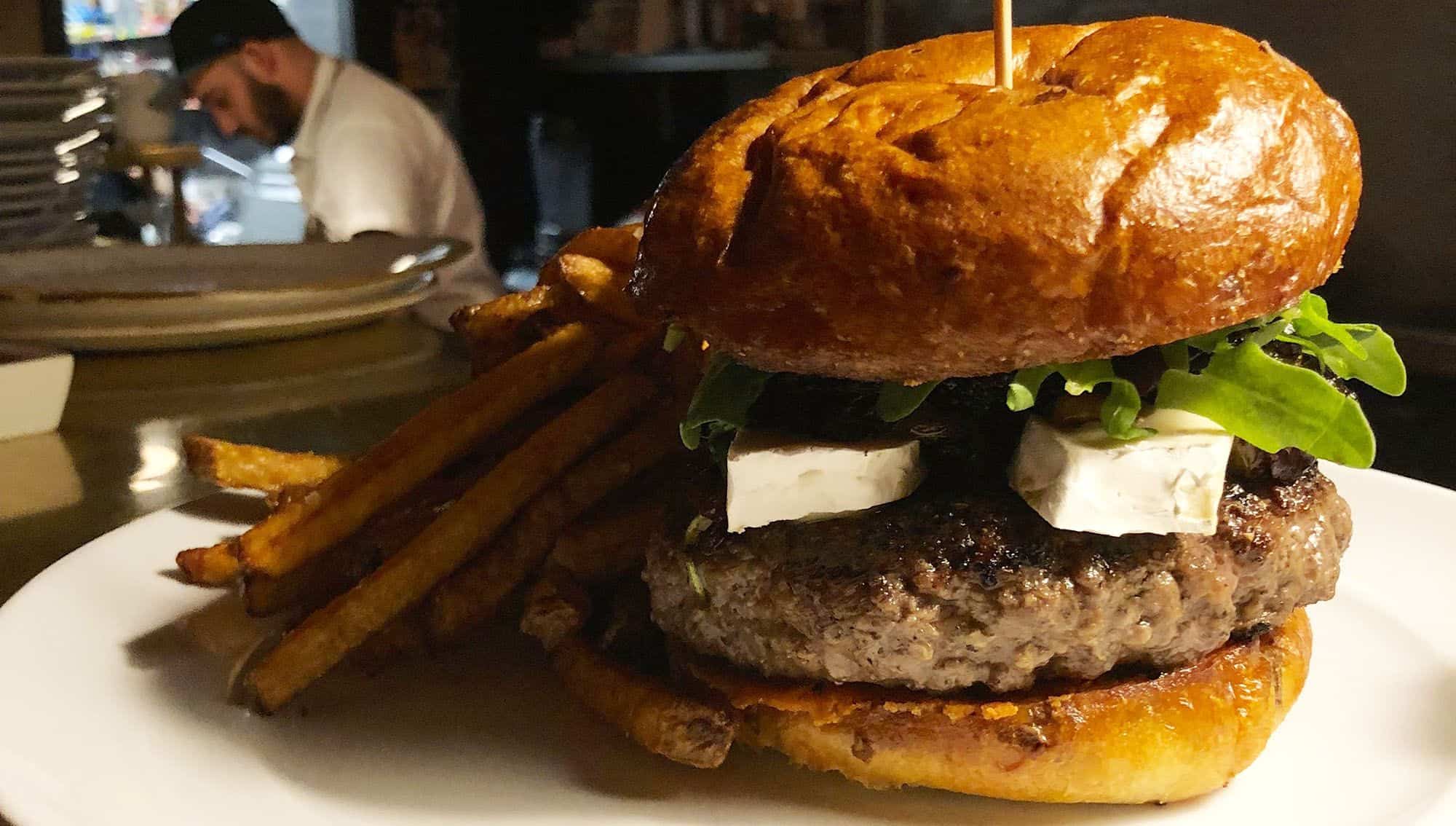 Queen City Grill might be best known for its stellar Italian menu, but — shocker! — this Belltown restaurant also makes one of the BEST burgers in the city. Really! And they’re just $10 on Mondays, which is officially known as Burger Night.

This retro cool restaurant that dates back to the early 1900s changed hands last year when Trevor Greenwood from Cantinetta stepped up and bought the place. He and his team did a major refresh of the interior — it looks gorgeous, warm wood, dim lights, love the sound system, too — and in the fall, he hired chef Brian Cartenuto, the original chef at the original Wallingford Cantinetta. (There are now locations in Madison Valley and Bellevue, too.)

While Cartenuto has plenty of fine dining experience, he also has some serious burger chops. He took last year’s Best of the Burger Bash award at the South Beach Wine and Food Festival in Miami, beating big name talent including Iron Chef Morimoto. He stood out with a creation he cooked up for two restaurants he works for in South Florida. Yup, chef Brian’s still bi-coastal, and he was back in 80 degree temps last week defending his title.

On Mondays, in addition to the regular menu, Queen City Grill offers five burgers for $10, including a creation that’s similar to that winning sandwich. Thick slices of brie, stone fruit bacon chutney, smoked mayo, arugula and shallots sit on top of the drip-down-your-chin juicy beef patty on the signature Queen City Burger. There’s a whole lot going on there, but it all works.

I’m looking forward to going back to try the rest of the lineup. The 37W blows up the classic cheese burger formula by featuring semolina crusted and fried burrata along with housemade pepperoni and provolone, basil pesto aioli slathered on that stromboli bun. And the kitchen wanders into Asian-inspired territory with the Miso Hungry, a flavor bomb built around kimchi pickles, miso curry mayo and a fried egg.

Four buck fries and mac-and-cheese, and $5 draft beer and milkshakes partnered up with those fantastic $10 burgers sure do go a long way to taking the sting out of the beginning of the work week.

Chef @bcartenuto represented us @sobewffest burger bash in Miami! Cooking over 1200 burgers and @guyfieri seemed to enjoy the burger as well… you can get the burger Mondays for $10 at burger night!