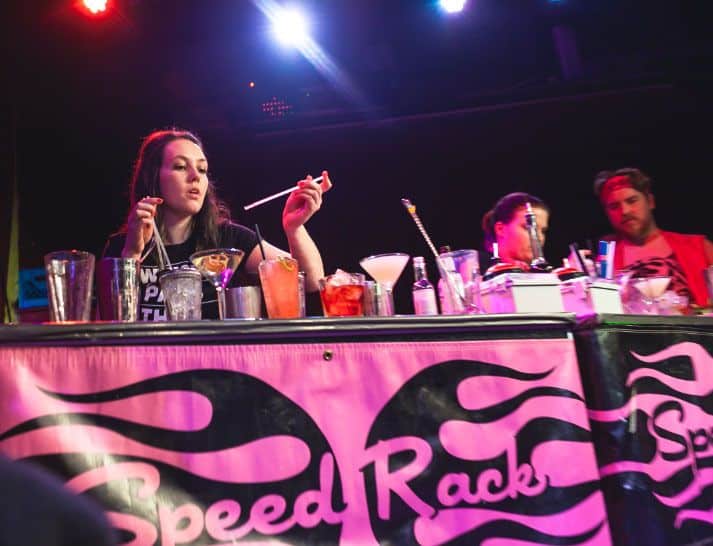 It’s a great start to the year for cocktailing, as the New Year is kicking off with all sorts of fun news around local bars, distilleries and cideries, from fresh releases to charity bartending competitions and more. See below for all the details.

Rán Vodka Released from Chambers Bay: Hitting the shelves just a few days before Christmas, this vodka from the University Place distillery is infused with just a hint of pure sea salt that was harvested out of the waters around San Juan Island. The wheat-based Rán is named after the Norse sea goddess, who is represented in beautifully striking fashion on the bottle, which makes great sense as the distillery is so water-centric (they age their whiskey on a boat). While you’ll taste an echo of ocean, the vodka also carries a nice grain flavor, accented by a little vanilla and spice. Watch for it in local stores, though it’s always most fun to head to the distillery itself to sample. It’ll be a great addition to bloody marys, as well as other cocktails, but also is worth sipping solo.

Northwest Cider Association Members Head Overseas: It’s recently been announced that after receiving a special crop grant from the Washington State Department of Agriculture, ten of our swell local cidermakers (all members of the Northwest Cider Association) are going to England and France in May to visit cidermakers in Normandy, Brittany and western England. Beyond just making great connections and spreading the word about our delicious local ciders, they’ll be getting education on keeving, a traditional process that may take a little while, but that delivers a naturally sweet, sparkling cider. Pretty neat! The local cidermakers, who will be doing education on their return, include the Seattle Cider Company, Tieton Cider Works, Finnriver and others.

Watch Top NW Female Shakers Compete in Speed Rack: Back for a sixth year, the 2017 Northwest version of Speed Rack is happening on Sunday, January 8th, at Washington Hall, 153 14th Avenue, from 3 p.m. to 7 p.m., and is open to all. If you’ve forgotten, Speed Rack is an all-female speed-bartending competition, which raises money for breast cancer charities; it’s raised more than half a million dollars already! Top shakers compete in making drinks in timed heats for judges, who rate them on time and accuracy. The contest finalist from our area gets to go (with other area finalists) to the Jameson Distillery in Ireland and the Altos Distillery in Arandas, Mexico and take part in the National Finals on May 21, 2017 in New York. It’s amazingly exciting, with great drink-making, great drinks and even DJ-ing from Mamnoon executive chef Jason Stratton. Tickets are $25 in advance and $30 at the door.