If Cole McBride wins, he’ll again represent the U.S. at the world championships in Boston 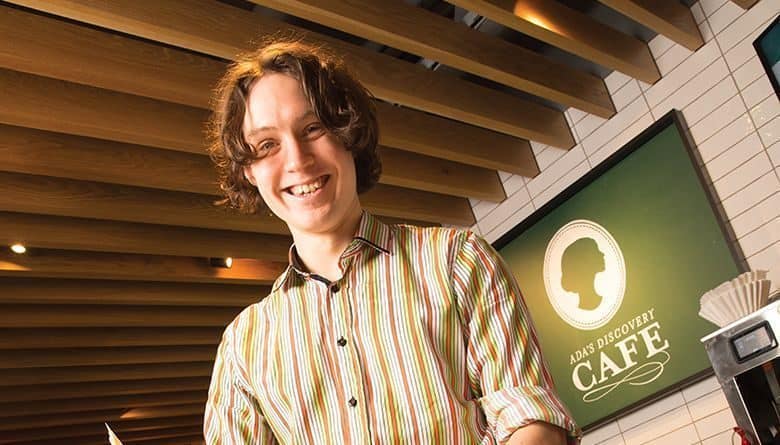 To call Cole McBride merely a barista degrades the scope of his talent—he prepares coffee in much the same way legendary Seattle bartender Murray Stenson creates cocktails, with a craft-forward, scratch-made approach. He moved to Seattle from Nashville in 2002 and started working in the coffee industry, like so many do, as a kid fresh out of school and in a new city. His first job was at Tully’s—and he didn’t even like coffee at first. The “aha moment,” as he describes it, came after a shot of espresso at Espresso Vivace. “It was the first time I had espresso that was sweet on its own. And that’s when I decided I wanted to be the best barista I could be.”

McBride has spent more than 16 years doing just that, rising through the ranks of local coffee shops. Last year, after seven years of competing in the United States Barista Championship (USBC), a national competition amongst the most skilled baristas, he took home the top prize. This month, he’ll defend his title at the USBC event in Kansas City. If he wins, he’ll again represent the U.S. at the world championships in Boston next month.

For the competition, baristas have 15 minutes to make and present three drinks: an espresso, a classic milk drink and a signature drink that, McBride explains, can contain anything other than controlled substances. He’s seen people pull shots into the briny water left behind in oyster shells or make mochas with bacon fat. His own award-winning creation last year involved yuzu zest, citric acid, dry ice and baker’s sugar. (You can try it now at Ada’s Discovery Café, where McBride is both manager and barista.)

Many winners “retire” from competing, but McBride—who admits to being a naturally competitive person—thinks he’s got a few years left. “I don’t have to win again to be done,” he says. “I just have to know I’m done.”

Going the Distance
McBride’s preparation for the competition involves training in four-hour sessions, developing his drinks and then running through the whole presentation again and again, from three to five days per week for about 10 weeks. His coach is friend and fellow coffee connoisseur Patrick Oiye, whose job, McBride says, is “like an acting manager, personal trainer and sports coach rolled into one.”

Passion Project
McBride says winning such a prestigious competition has allowed him to draw attention to aspects of the industry that he thinks need to be changed—namely, the fact that baristas barely make a living wage. “I knew that making coffee would be part of my life career, but I never anticipated that making coffee could be the bulk of my job in terms of wages,” he says. “It’s not for a lot of people, and that needs to change.”