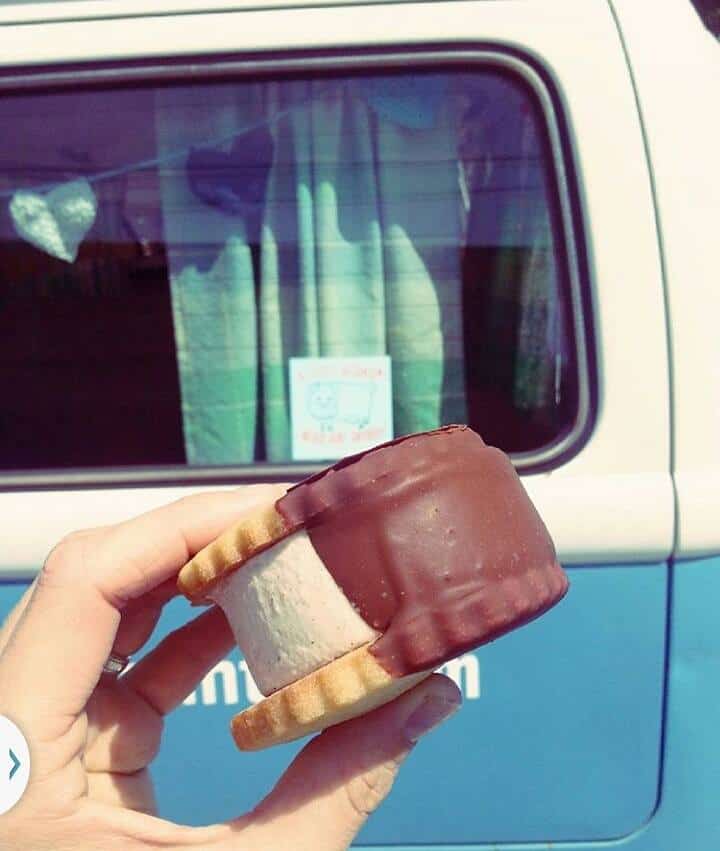 When Chris Olson and Chelsea Keene received over $44,000 in Kickstarter donations to open Seattle Cookie Counter, their humble vegan ice cream shop and bakery on Phinney Ridge, they anticipated smooth sailing and an early spring 2016 opening. They’d run the numbers and were confident they’d asked for enough money during their campaign. “But that was the first problem,” says Keene. “We asked for just enough—nothing could go wrong. And that’s no way to start a restaurant.”

It’s no surprise that things did go wrong. They regularly do when launching a new business, particularly in the restaurant industry. With contractors/plumbers/electricians/etc. in such high demand right now, they had a hard time getting someone to even return their calls, let alone take on the job of working on an old building for little cash. The two guys who finally did take it on started the job—Keene and Olson moved forward with planning their opening, hiring employees, ordering ingredients—but never finished it. Needless to say, those Kickstarter funds didn’t go far enough. The husband-and-wife team took out a loan and put up everything they had—even the adorable 1970s Volkswagen van they launched the original mobile business out of—as collateral. When they finally were able to open in July, they’d already been paying employees for months, and paying rent since September.

Summer was predictably busy, as anyone who’s tried to get an ice cream cone in August knows. But October rolled around and they say business got so slow they had to let go of employees and try to run the shop just the two of them—Keene baking in the back and Olson helping customers up front. Then in November, Olson was involved in a head-on collision; though he was able to “hobble away” from the accident, he says, he was hurt so badly that he couldn’t scoop ice cream, make espresso drinks, or wash dishes. They announced the shop was closing just a few days later.

But rather than boarding up the windows and walking away forever, the most amazing thing happened: their community really rallied. Customers urged the couple to set up a GoFundMe page for donations—they were understandably hesitant after the Kickstarter backfire, but swallowed their pride and set it up nonetheless. They were also quick to say that it may not be enough to reopen, but the money would at least go to alleviate some of the debt accrued during this string of unfortunate setbacks. People donated. And at the last minute, a couple of people came forward to offer no-interest loans and investment so they could give it another go.

And so, Seattle Cookie Counter is—or rather will be—back. There will be a new coat of paint on the exterior, and a sign now as well. They’re in the process of remodeling the front windows, making them larger and less residential looking, and moving the door to the opposite side of the entrance to make an easy indoor path to the register. There will be window seating and a handful of tables. They’re talking about streamlining the menu a bit, focusing more on the ice cream sandwiches that were the focus on the truck—hey, it is in the name—but also offering fan favorites like brownies, pop tarts, and whole pies by advance order. Look for ice cream sandwiches dipped in a chocolate magic shell-type coating—Keene is developing a cherry one, too—or rolled in sprinkles, that kind of thing. Olson promises some exciting new sundaes as well.

Are they nervous about throwing all they have into this business…again? Probably, but they’re delightfully optimistic. “I know we’re going to be successful, because it feels like we’re going to start the way we should have started last summer,” Keene says. Olson adds, “We learned so much in those few months, so now we can make changes and know what we’re doing. This whole time we’ve been wanting to make this the kind of place we’d want to hang out in.” Both of them clearly miss it since the November closure.

Look for the reopening to happen around mid-February, though you know how these things go—it may be later. Stop by and say hi, as the couple plans to run the business without any additional employees until summer.

An unfortunate part of this job is all-too-often sharing the news that another restaurant has closed. I’m just glad I get to finally cheer on a second chance.