Seattle Has More Breweries Than Any Other City in America

Count 'em up. Our beery supremacy is real. 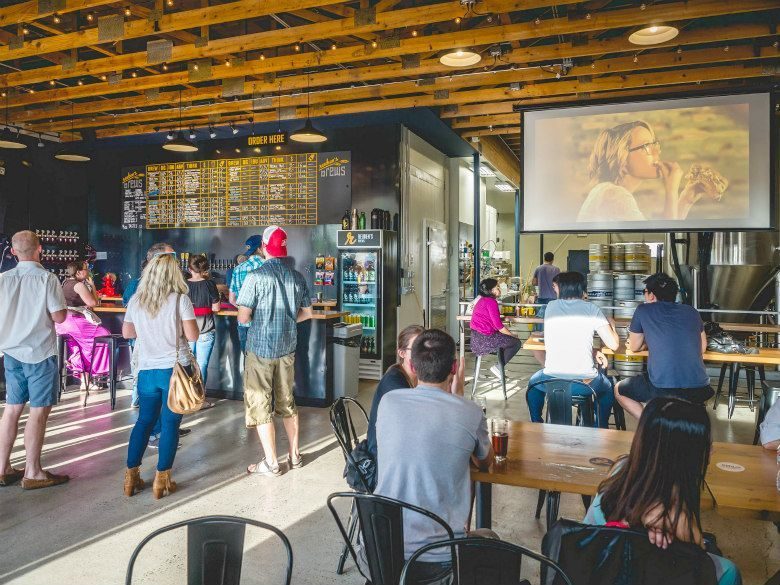 Emerald City beer geeks, with IPA coursing through their veins, have known it all along. But finally, math and some guys with a website have bestowed us with the crown we knew we deserved. Kinda.

In effort to determine where in America craft beer is “most popular,” the number geeks at market research website Datafiniti looked at the cities that have the highest concentration of craft breweries. Turns out, Seattle is number one.

The greater Seattle-Tacoma metro boasts a whopping 174 breweries, 16 more than runner-up Chicagoland, which has more than double our population. Even more satisfying, we edged out beer meccas Denver and Portland, third and fourth respectively.

In chronicling our beery supremacy, the website used its own official-sounding “business data” and info from the Brewers Association. The study, released last week, was first spotted by Washington Beer Blog. Fittingly, the list-y affirmation comes as Seattle Beer Week is in full swing. Scores of daily events celebrating Seattle beer (and really, beer in general) are spread around local breweries and beer bars through May 14.

Of course, whether sheer volume of breweries is a legit indicator of where craft beer is “most popular” is highly debatable. We could play fun police and point out how simple data tweaks call our beery kingship into question. Adjusting for population size, Seattle plummets to tenth in Datafiniti’s breweries per capita ranking, topped by Boulder, Colo., and Bend, Ore.

Or we could pull back to the state level, and see that Washington has only the sixth most breweries per 100,000 people, behind Vermont, Montana and Colorado, in that order (our beer-happy neighbors in Oregon bested us at No. 5).

But we won’t spoil the party. Cherry-picking the stats that make us look the awesomest is way more fun.

So, dial up an extra Manny’s at happy hour this week and toast to Seattle’s prolific beer scene. It’s a celebration.