Ever wondered where your favorite chef got his or her start? We think you’ll find our food family breakdown a fascinating lesson in Seattle’s restaurant genealogy

By Chelsea Lin and Jessica Yadegaran, with additional reporting by Rebecca Ratterman 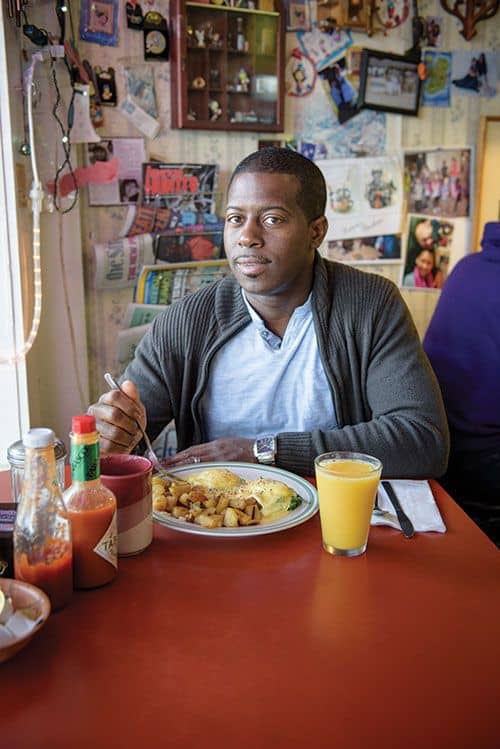 Ever wondered where your favorite chef got his or her start? It is a snug culinary family tree here in Seattle, and the branches continue to flourish. While these chefs were pretty tight-lipped about the next round of stars coming out of their kitchens (can you blame them?), we think you’ll find our food family breakdown a fascinating lesson in Seattle’s restaurant genealogy.

Ethan Stowell
Worked under Nell’s chef/owner Philip Mihalski from 1999 to 2001, and then opened the ahead-of-its time Union, which closed in 2010. Today, Stowell owns 13 restaurants, including Tavolàta, How to Cook a Wolf and Brambling Cross.

Brian Clevenger
Cooked at Tavolàta and Staple & Fancy before opening Italian restaurant Vendemmia, followed by East Anchor Seafood, a seafood market and oyster bar next door. His latest, slated to open in late fall, is Raccolto in West Seattle.

Wiley Frank
Sous-chef at Licorous and Lark from 2008 to 2010 before opening Little Uncle with Poncharee Kounpungchart in 2010.

Gordon Wishard
Worked at Licorous from 2006 to 2009 before becoming the chef and later co-owner of La Medusa.

Renee Erickson
Owned Boat Street Cafe before selling it in 2015. Today, she owns The Whale Wins, The Walrus and the Carpenter, Barnacle, Bateau, Bar Melusine and General Porpoise (a doughnut shop).

Shawn Mead
Worked on the front-of-the-house service team at The Walrus and the Carpenter from 2011 to 2013 before opening Vif Wine/Coffee with Lauren Feldman in Fremont in 2013.

Kit Schumann
Worked as baker and eventually sous-chef at The Whale Wins (2012–2015) before starting the bakery Sea Wolf with his brother, Jesse, in 2014. (Renee Erickson was their first customer.) The duo opened a shop this year on Stone Way N.

Joe Sundberg, Rachel Johnson, Patrick Thalasinos, Alex Barkley
Worked at The Walrus and the Carpenter and The Whale Wins before opening Manolin (manolinseattle.com) in 2014. Whale alum Barkley is executive chef; the others are co-owners.