The Seattle Restaurants That Make Us Feel Good

Seattle's best restaurants keep us coming back for more than just food. 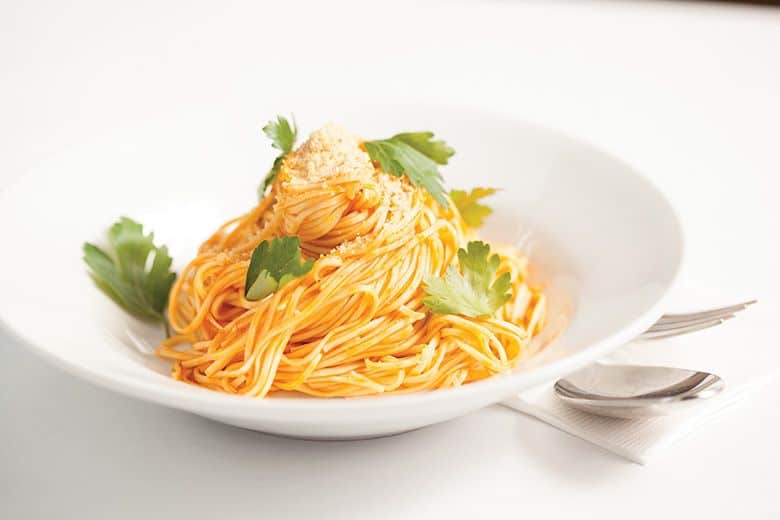 I rented this sweet little apartment a block away from the state Capitol building when I lived in Madison, Wisconsin, 20 years ago. At the time, the sleepy neighborhood that used to shut down after business hours was starting to become a bustling restaurant and bar scene.

Part of that boom was a little wine bar called the Opera House. It was a comfortable, chic neighborhood spot in a historic building within spitting distance of my apartment—the kind of place where the windows would steam up on bitingly cold winter nights. It was a cozy, warm, glowing space to hunker down in with your peeps. The food was good; my favorite appetizer to bring to parties is still a riff on one of its dishes, which I call the “Ode to the ’90s”: whipped goat cheese topped with pesto and sun-dried tomatoes. I still hear Depeche Mode in my head whenever I take a bite.

But what I really remember is how I felt. It was one of those restaurants where every visit was like a dinner party with friends.

As our best restaurant team—food editor Chelsea Lin, food writers Naomi Tomky and Amy Pennington, and I—started to plan this issue, we discussed the dining trends of the year. Poke is everywhere. So are breakfast tacos. New takes on global and U.S. regional food reign. But the idea we kept coming back to—and the restaurants we wanted to call out this year, when many people are seeking an escape from the headlines—are places that feed people well and make them feel good, cared for and comfortable. Essentially, happy places.

The Opera House, which is sadly no longer operating, was that sort of place for me when I lived in Wisconsin. Here in Seattle, Brimmer & Heeltap, on a corner in Ballard, fills that role. Owner Jen Doak greets you from her hostess counter with her shock of blond hair and a bright smile that melts away what ails you. Le Gourmand and the adjacent Sambar once occupied this spot, which is now home to one of Seattle’s most magical, hidden outdoor-dining experiences. The food, while super tasty (that slab of bread!), isn’t even the main draw—we go because it just feels great being there.

Maybe you’ve already found your happy place (if so, tell us about it!), but if you’re still searching, the members of our food writing team have tasted their way through the city to share their top places, along with best of the new openings this year.

Hop to It
It was more than a year ago that executive editor Virginia Smyth made a stop in Yakima, en route to Walla Walla, to tour Hotel Maison, a recently opened boutique hotel in the heart of downtown Yakima owned by Elizabeth McGree and her family. When Smyth commented on the stunning photographs along the hallways of the hotel, McGree explained that they were of the hop fields on her family’s farm. 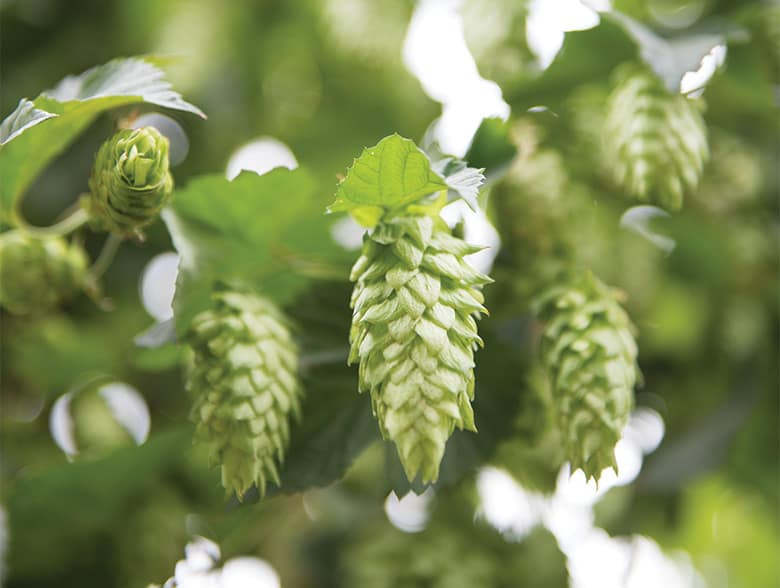 Thus, the seeds were sown for this issue’s story about our state’s hops harvest. “I knew that hops were grown in the Yakima Valley—I’d seen the trellises that they grow on in fields along the highway. But I didn’t realize how much of the nation’s crop grew right in our state,” says Smyth. So last September, we sent photographer John Vicory to Yakima to capture the harvest, and our beer expert, Kendall Jones (who did know a few things already about our state’s place in the hops world).

That’s Some Pig
When senior editor Gwendolyn Elliott stopped by Pasado’s Safe Haven animal sanctuary to interview its executive director, Laura Henderson, her first resident encounter was with Rufus, a large potbellied pig who ably demonstrated how he keeps himself cool. Gently pressing the side of a plastic wading pool used as a trough, Rufus released a few gallons of water into his pen. After a few sloshes with his hooves, the dirt became mud, and he plopped in. “That’s pig suncreen!” Henderson explained. Elliott later got to pet a rescued turkey named Ziggy, play with a litter of kittens and hang out next to the biggest cow she’d ever seen. “Pasado’s is an amazing place,” Elliott says. “I didn’t want to leave!”