Seattle’s Cook Shortage Could Affect Your Next Restaurant Tab

Forget about $15 an hour or mandatory tipping. The real talk in Seattle’s restaurant kitchens is about the labor problem—and solving it may hit diners in more ways than one. 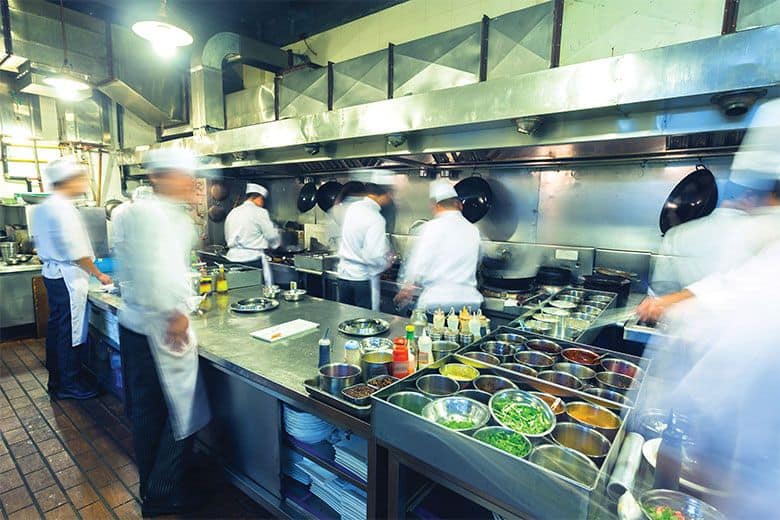 In the six weeks that Parker Butterworth spent as a line cook at stylish Capitol Hill restaurant Stateside, he lost count of how many crispy duck rolls—a signature dish—he made. But he was acutely aware of how little money he brought home.

The 30-year-old political consultant entered the culinary arts program at Seattle Central College (SCC) in 2014. “I needed to do something different with my brain, and with my body, too,” he says. He originally planned to take a couple of quarters of classes as a change of pace. But he loved being in the kitchen, and stayed through graduation. After stints of staging (restaurant parlance for a short-term, generally unpaid internship) at Bar Sajor and Salare, he ended up at Stateside. Within two months, he decided he’d had enough.

He’s not the only one to call it quits with the restaurant industry, and the shortage of kitchen workers—mostly line cooks and other kitchen workers, such as dishwashers—is a topic that comes up in nearly every conversation among chefs and restaurateurs. Why is it that Seattle restaurants can’t seem to staff their kitchens? Where are the people who want to work in a restaurant kitchen? And once hired, why aren’t they staying around?

Most in the industry agree that the problem is multifaceted. While some—like Butterworth—leave because they can’t get their budgets to work, wages are just one factor in the staffing shortage. It’s also the result of a booming industry. There are 500 more restaurants in Seattle today compared to 10 years ago. Local restaurant jobs have grown two and a half times faster than other types of jobs, according to information compiled by the U.S. Bureau of Labor Statistics and the Federal Reserve Bank of St. Louis. Meanwhile, the unemployment rate is hovering at around 3 percent.

These factors are combined with wages and housing issues. The restaurant-industry average wage for cooks here is $13 an hour (which will increase in the coming years as Seattle works its way up to the $15 minimum wage in 2021), according to the Employment Security Department, while housing prices are skyrocketing. Added to that are more nuanced issues: the rise of the celebrity chef, which has glamorized what is a notoriously challenging vocation known for long hours, a competitive environment and a culture that seems more focused on instant gratification than on hard work.

Another issue is what happens to students who choose to enter a culinary program. In an average class like the one that Butterworth was a member of when he entered SCC’s culinary program, some 40 percent of students don’t make it to graduation. This is a “normal” level of attrition, says Katherine Kehrli, the school’s associate dean. She attributes the attrition to a number of factors, which include finances, program rigor, job opportunities offered to students prior to graduation and “what I call the ‘this is not the Food Network’ realization,” she says.

Of the remaining 60 percent of students who graduate, less than two-thirds make it into careers as restaurant cooks. The percentage of cooks working outside the restaurant industry has jumped in the past several years, says Kehrli, as culinarians have greater opportunities to use their skills as private chefs, wine reps, caterers and food writers, and for delivery services like Blue Apron. There are also opportunities at tech-focused companies that are food-related, particularly Allrecipes, Amazon Fresh, and in corporate cafeterias at Google and Microsoft. These new opportunities have “changed the market significantly” in the past five years, says Devony Boyle, human resources director for Tom Douglas Restaurants (TDR). “Before, [restaurants’] only competition was nursing homes and [the University of Washington].”

In 2008, when the recession hit, local nonprofit FareStart, which trains youth and adults dealing with issues such as homelessness or recovery for kitchen jobs, was placing 60 percent of its graduates within three months. Now, it’s placing more than 90 percent of the adults who graduate from the program, often within a week of graduation, says FareStart programs vice president Molly Hancock.

For some restaurant groups—such as TDR, which has a staff of 800—having 10 open positions is manageable, though difficult. But for small operations, like Little Uncle, a popular Capitol Hill Thai restaurant that operates with just four line cooks, having one or two open positions is a big challenge. “Qualified cooks are not lining up out the door,” says chef/co-owner PK Kounpungchart. “Basically, [co-owner] Wiley [Frank] and I will cook often if there is a hole in the schedule.” At Ballard’s Brimmer & Heeltap, the labor shortage has shown up on the menu: Owner Jen Doak says that chef Mike Whisenhunt has had to swap out labor-intensive dishes for simpler ones that can be executed with fewer chefs in the kitchen “without compromising on flavor.”

What these small businesses share with TDR is an imperative to do what it takes to hold on to the committed employees they do find. TDR has the capacity to offer unparalleled benefits, from platinum-level medical plans to payroll advances. Doak talks of the appeal in closing early so staff can maintain a better work-life balance. Kounpungchart (and multiple other small-business owners interviewed for this article) gives the gift of mentorship for those dedicated employees who may lack professional kitchen training. When they hire staff they enjoy working with, she says, “We’re willing to do whatever we can in order to teach them about our business, and encourage them to pursue whatever endeavors they may have outside the restaurant. Finding a good employee is like winning the lottery.”

This competition amongst restaurants to attract the most talented chefs frequently comes down to money, no matter how attractive the benefits. Established, big-name chefs and restaurants with substantial investor money have the potential to pay more than smaller businesses. Still, according to PayScale, the average Seattle executive chef makes just over $58,000 a year. The dishwashers and line cooks make about half that with hourly wages of $11 to $13 an hour. Many agree that even the scheduled increase to $15 an hour in 2021 (for small employers) won’t be enough of a boost to give these workers the kind of wage that will keep them in the restaurant industry.

But for the cooks who are passionate about their work, this labor shortage isn’t all bad news. With employers desperate to fill roles, many ambitious young chefs see this as a time to climb the ladder quickly. “There’s this sense of choice,” says Tiffany Ran, who has worked as a cook at The Walrus and the Carpenter, Miyabi 45th, Hitchcock and the White Swan Public House. “With so many places hiring, I have this privilege to take my education further—choose the places that have a menu that is fascinating to me, or present an opportunity to acquire skills I’m trying to acquire.”

She adds, “For us to get over this hump, the industry has to figure out how to operate with these new variables—find a new normal.” Incentives like adequate benefits and greater commitment to training are steps in the right direction.

But for diners, the staffing challenge may mean that they need to change their expectations of what a finely prepared restaurant meal should cost. Finding and keeping employees may mean restaurants need to pay higher wages—the ultimate outcome in the case of supply and demand. And that can only translate to higher prices on the menu.

Butterworth, who is now once again working as a political consultant, comments: “We have a spending problem,” he says. “We have no problem buying new Audis, but we balk at the general cost of food…. In reality, if I go order a steak, a good steak, it should cost $80. And not just at the Met,” he says, referencing one of Seattle’s high-end steak houses. The question is, does Seattle have the appetite for that?