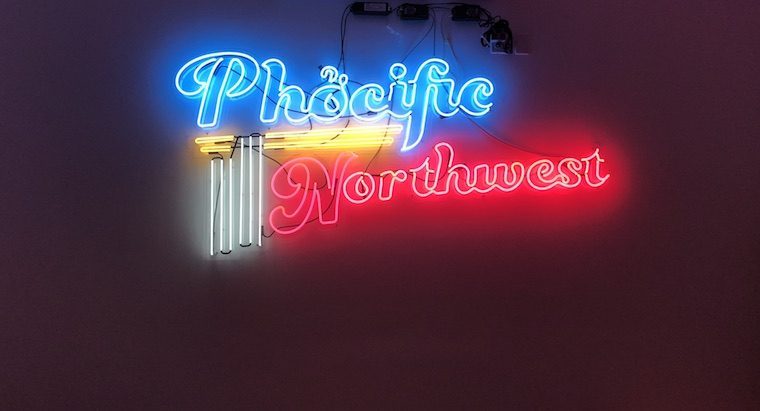 This year is starting out awesome already: the long-awaited Pho Bac Súp Shop is now open in the International District.

You know Pho Bac as the Seattle pho spot—their broth is, in my opinion, the best of the local pho-only joints. Also, that little red boat is the cutest. And it’s just behind there in a boxy black building that the Pham siblings—of which there are five, three who have actively run the Pho Bac mini empire since their parents’ retirement—have opened Súp Shop, which is something a little different.

Where the other Pho Bac locations offer little in the way of variety, Súp Shop has a little flair, both in menu and décor. In addition to the standard beef and chicken pho bowls, they’re offering one with short rib, one with prawns in beef broth, and a dry version that comes with the broth on the side. There’s also prawn ceviche, chicken wings, pork sausage sliders, French fries and something I can only imagine is amazing called Unfortunate Cookie Mix that involves broken fortune cookes, chili oil and peanuts.

The youngest sibling, Yenvy Pham, who—because Seattle is still sometimes one of those cities where everyone knows everyone else—is good friends with Suzi An, the former JuneBaby/Salare creative director and one of last year’s Eater Young Guns. An is incredibly talented as well, and she left Eduoardo Jordan’s popular restaurants to chase dreams of owning and operating her own natural wine shop, Vita Uva, which she’s opened inside Súp Shop. She’s got about 50 bottles for sale, and will be curating the wine list for the restaurant as well, to match with the flavors of Vietnamese cooking.

The two friends hope to introduce the I.D. community to something—something that can be “a little bougie, more sophisticated”—they may be unfamiliar with. “We want to change perceptions,” An says. “Yenvy wants to do that with Vietnamese food. I want to do it with wine.”