Look out for Cloud Nine Creamery, where the ice cream is made with liquid nitrogen. 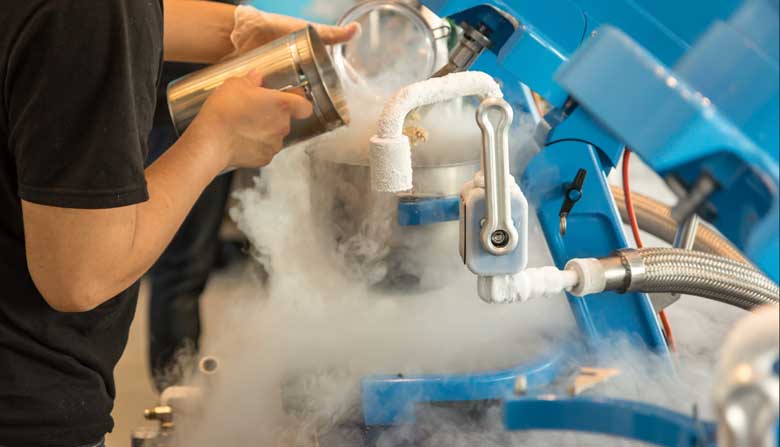 Ice cream is having a huge year in Seattle—a city where, it’s worth noting, it’s only ice cream season in a traditional sense for about three months a year. This winter, in fact, major things are happening: Salt & Straw is (finally!) setting up shop here, Full Tilt is planning to open a major Capitol Hill location, and now comes news that Southcenter’s Cloud Nine Creamery will debut the city’s first scoop shop specializing in ice cream made with liquid nitrogen.

From the press release: “What makes liquid nitrogen ice cream special? The incredibly smooth and creamy treat is flash frozen in seconds, reducing the amount and size of ice crystals that can damage the taste and texture of many ice creams.”

And while certainly flavor and texture play major roles here, the most exciting part of this whole thing is the science. Liquid nitrogen billows smoke like dry ice, and is poured directly into the base while mixing, cooling it almost instantly. It’s a technique that restaurants (with access to the equipment) use to make their ice cream, but usually in a kitchen where you don’t get to watch. Cloud Nine will take advantage of this super cool sideshow with floor-to-ceiling glass walls, where customers can watch the process.

The owners behind this new project are Andrew Hagee and Gino Judd, also successful plumbing business partners. The menu is still in the works, but you can look forward to their signature dish: a fries-and-ice cream combo for those who love a little salty with their sweet (like our favorite item from Li’l Woody’s).

If all goes as planned, you’ll be able to try this cool treat before the end of the year, but follow along on Facebook for updates.