You can buy Owens Meats in the men's department of the downtown Nordstrom store. We're here for it. 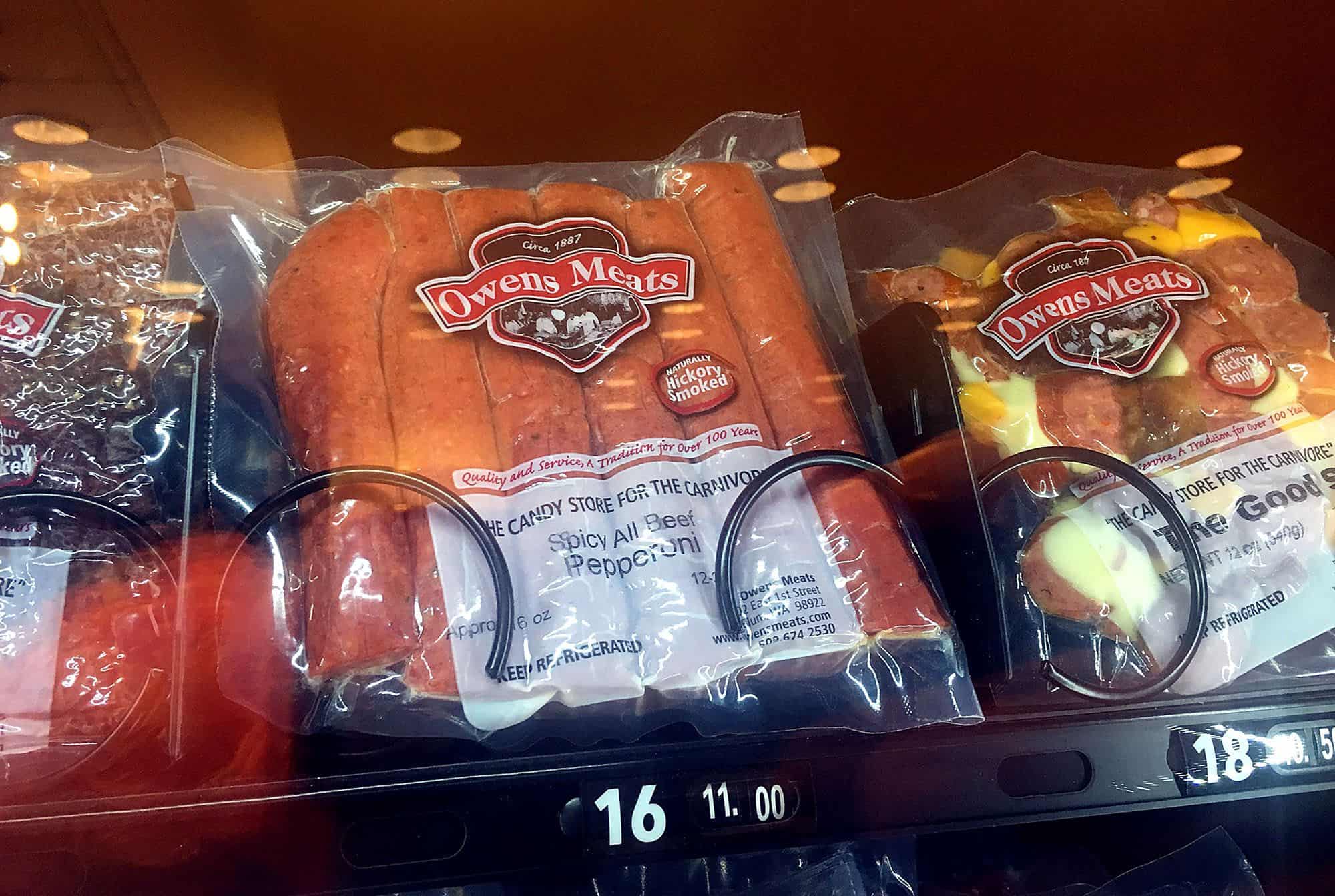 No, you’re not dreaming. That’s really an Owens Meats vending machine in the men’s department at the flagship Nordstrom store in downtown Seattle. Praise the lard and pass the pepperoni stick.

The meat machine, located steps from the best shoe shine stand in the city – yes, I’m a regular fixture there, which is how I spotted this awesome development – is filled with smoked and cured meats from the family-owned butcher shop in Cle Elem.

Owens Meats was the pioneer of the meat-filled vending machine, rolling them out more than two years ago. There are now more than a dozen around the state including “Candy Machines for Carnivores” in Redmond, Wenatchee, Yakima, North Bend and in the Filson store on First Avenue. But Nordy’s??? “They called us up one day and said they wanted one,” said Don Owen, whose Welsh great grandfather started the butcher shop 125 years ago to feed miners who were working in the area. “We couldn’t say no. How can you go wrong having a billboard in Nordstrom every day? We feel quite honored.”

What went into the decision to add this very cool component to the store?

“We strive to provide a sense of discovery for our customers each and every time they shop. One example of this is our pop-ups and partnerships. Owen’s Meats is a great local company that we admire, and we hope our customers enjoy the surprise and convenience of being able to purchase their products at our downtown store. Over the holidays we also had a Molly Moon’s pop-up shop in our downtown Seattle store as well as Hello Cupcake, Brown & Haley and glassybaby pop-ups in our Tacoma Mall store.”

And let’s not forget about the new partnership with Tom Douglas, who’s launching a bento box cafe at the Bellevue store, first reported by Seattle Eater.

Unlike other pop-ups, there’s no end date for this meaty effort. “We’re excited to see how customers respond and we’re letting them guide our journey,” Pavlovic said.

OK, well, I’ll have one of everything in there, please.