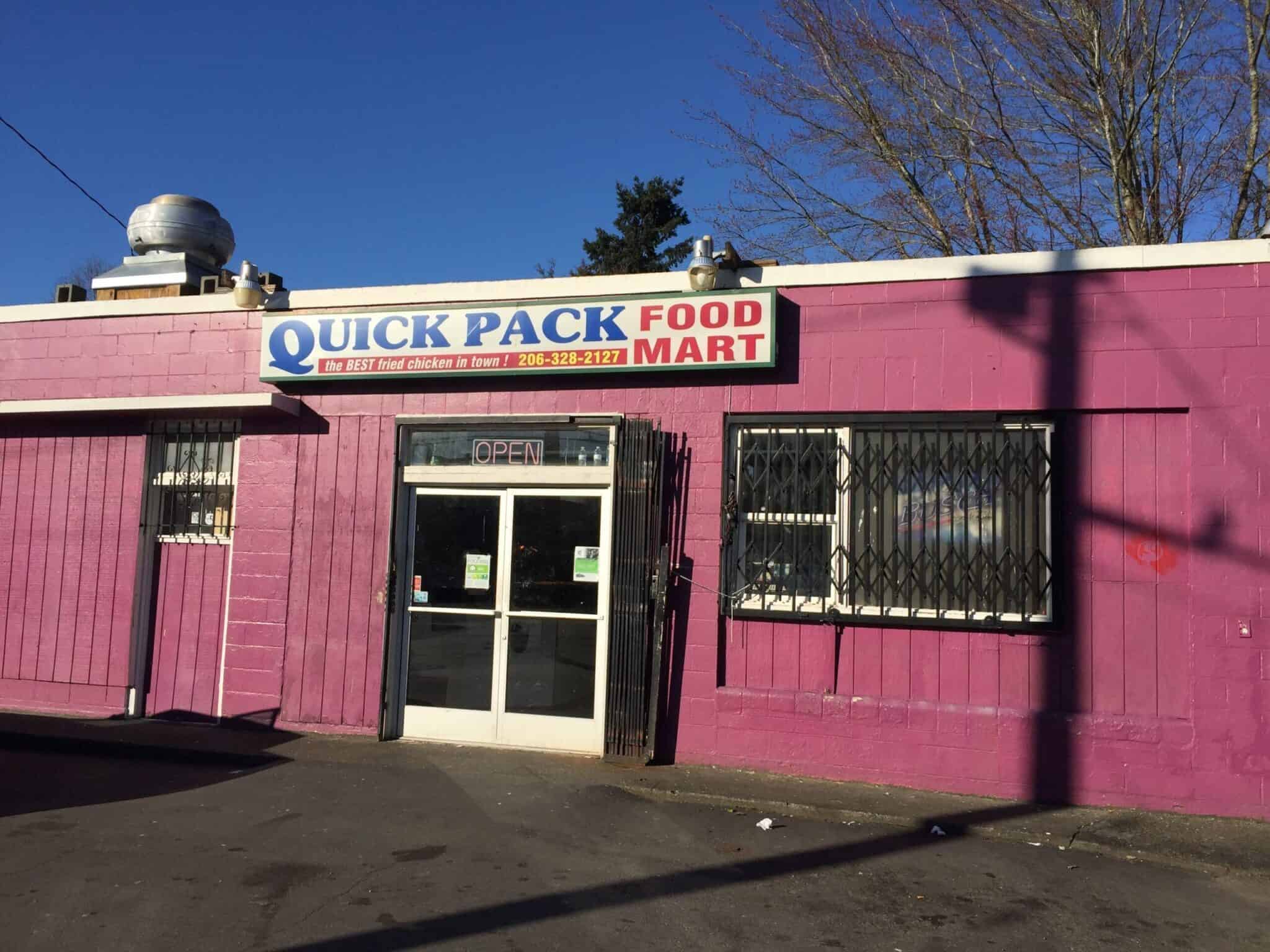 For a long time, eating the hot food at a convenience store was a surefire sign of a problem. But meals sitting under heat lamps have evolved somewhat, and fried chicken is at the top of the food chain. Why? Because it keeps well, has limited expectations, and can be easily made with the finite kitchen resources available.

What’s wonderful about convenience store fried chicken is that everything on the shelves can be considered a side: Aspirin, Cheetos, lottery tickets, whatever strikes your fancy. Let’s take a look a few of Seattle’s more notable options:

Quick Pack Food Mart (2616 S Jackson St.) is one of those convenience stores that feels like a front for something else, as if a subtle nod will grant you access to the hidden room behind a fake freezer filled with all sorts of contraband. The store is run down and the shelves sparsely stocked. But no one’s coming here for car air fresheners. You get the fried chicken.

The breasts, wings, and drumsticks are about double the size of a typical fried chicken joint, and the breading is a light blanket of crispiness over tender, flavorful meat. They have jojos and sambusas as well. What they don’t have is seating, not that anyone expected it. Eat the chicken at home or in the parking lot like a creep.

Quick Pack is your prototypical hidden gem. They don’t house “The best fried chicken in town!” like their confident sign says, but if you’re in the area, it’s worth a visit. 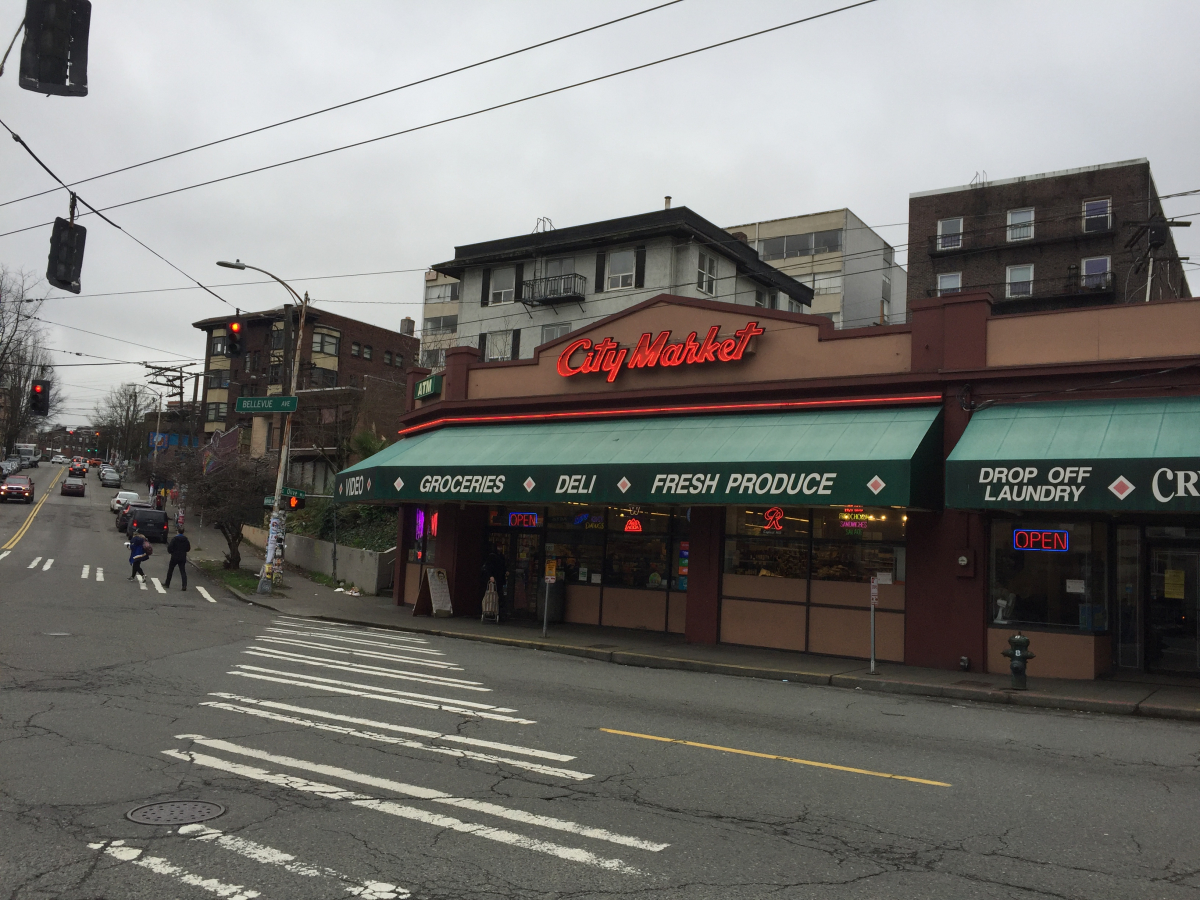 City Market is the opposite of Quick Pack. They have everything. Here, the fried chicken is perfectly respectable, with a subtle flavor and a crispy batter. It’s just one of the innumerable hot food options, including corndogs, burritos, crispitos, and pepperoni pizza sticks. 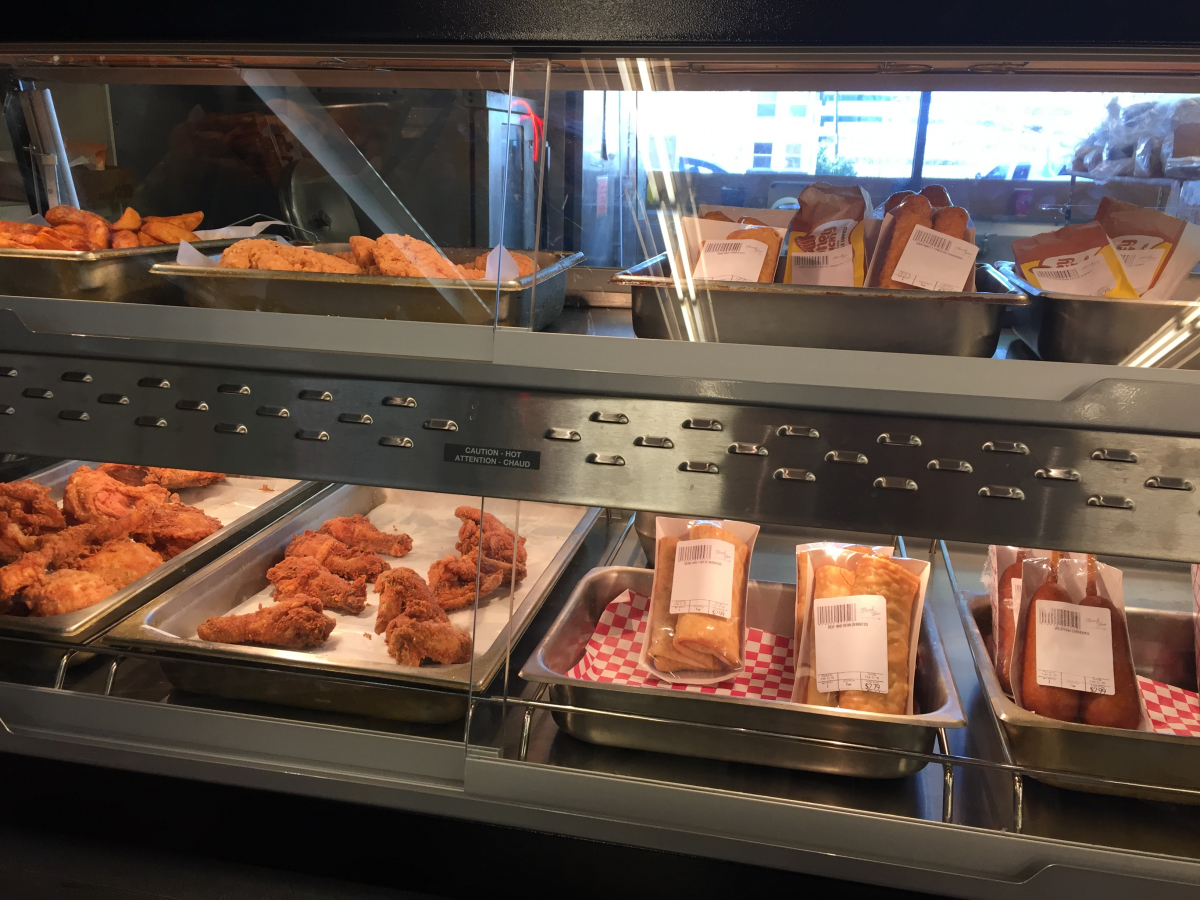 Don’t eat any of it there. You won’t make it up the hill on the way home.

The Shell Station in Georgetown

Yes, it may seem a little odd to include a Shell station, especially a specific Shell station (6200 Corson Ave SW), but this one’s just that good. Replete with fancy digital menus and a comically long food bar, you may wonder after eating here why Shell hasn’t yet converted their more than 14,000 gas stations in the U.S. into full service chicken joints. With a satisfying crunch and a deliciously addicting saltiness, the fried chicken here isn’t just good for a gas station, it’s actually pretty damn tasty. And the sides–which include mashed potatoes, macaroni and cheese with ham, and jojos–are surprisingly decent. You don’t often hear people utter, “Give me $20 on three and two breasts and a wing.”

That’s really the main reason to come here: So you can pump gas with one hand and eat a fried drumstick with the other. Is there anything more American? God bless this country.