Meet Lauren Ko, the sorceress behind some seriously stunning desserts. 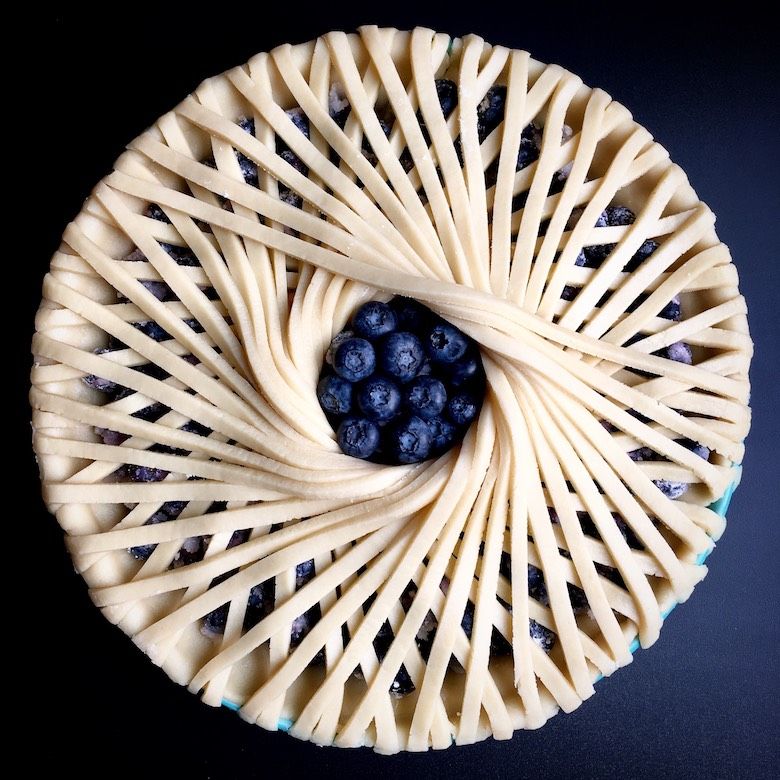 By the time you read this, that number of followers will be higher. It’s gone up 6,000 in the time it took me to finish this blog post.

“There are no words,” Ko says, in true, honest bafflement at her relatively overnight catapult into internet foodie fame. “I’m just a nobody. I just started this account for fun—for a way to separate my food photos from my regular account. I don’t even know.”

Ko, 30, isn’t a nobody—she’s just being modest. But she’s not a pastry chef, she’s never gone to culinary school, she’s not even trying to sell her baked goods out of her house. She says she actually likes savory foods more than sweets, but she loves baking and started playing around with pies and tarts in an artistic way. Ko says she’s driven by art and geometry—her photos illustrate the intricate designs that top her desserts. It seems silly to point out that pie is having a bit of a moment right now—at least online. Pie is not a trendy food. My grandma ate pie. Pie is delicious, it is comfort food, but it is not generally the sort of colorful, creative foodstuff that makes the internet go nuts. Ko’s pies are pure eye candy though—and national social media accounts like @designmilk, @food52 and @grubstreet picked up on it, particularly around Thanksgiving (arguably pie’s greatest holiday). Buzzfeed published this article on Ko on Monday.

With this popularity come the trolls quick to point out all the many ways Ko’s a fraud—something she laughs off. She’s not claiming to be a professional, and she says she’s even hesitant to start a blog because her creations are more about design than they are about recipe (in fact, she usually uses recipes she’s found elsewhere). She doesn’t feel confident troubleshooting your own pie problems. And while she has no desire to become a chef or take customer orders, she says she’s open to wherever this leads.

For now, we’ll have to just eat with our eyes, though.