Washington State Cheesemaking Is on the Rise

A decade ago, Washington state cheesemakers numbered a mere dozen or so. Now, a group of more than 60 producers are changing what we look for in locally made cheese 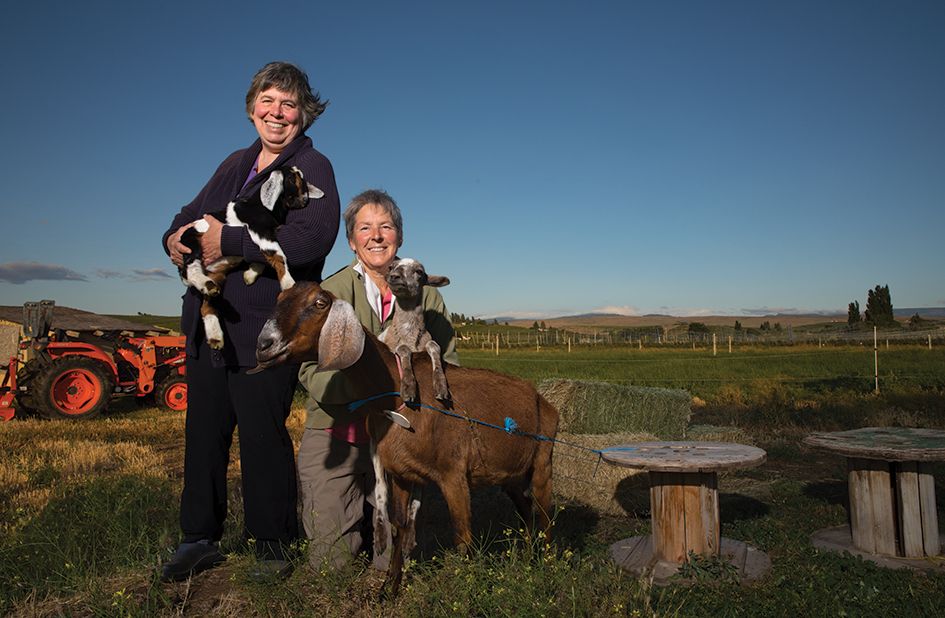 Rhonda Gothberg had never milked an animal when she bought her first goat 17 years ago. At the time, Gothberg was a nurse in her late 40s, living on a farm in the Skagit Valley that she and her husband had bought the previous year. She liked growing and preserving her own foods when she could, and she thought, especially now with all her new land, that making homemade cheese would be a fun project. “I had had only a few tastes of really good goat cheese,” she says. “I also had some really awful stuff. I wanted to make my own so it could be fantastic every time.”

Experiments with cow’s milk from the store and a cheesemaking class at Washington State University helped Gothberg get started. She very quickly fell in love with goats and their milk, and bought three more pregnant nannies. Soon, family and friends were encouraging Gothberg to sell the goat cheeses she was producing. After two years of practice, she went commercial as Gothberg Farms. CHEESE, PLEASE: Cheesemaker Rhonda Gothberg makes goat’s milk cheese at her Skagit Valley-based Gothberg Farms; her chèvre, particularly, deserves a spot on your next cheese board

At the time, shoppers were lucky if one local cheesemaker showed up at a farmers market. The scene is much different today, when you’re likely to find several cheesemakers at each of Seattle’s numerous neighborhood markets. That’s not surprising, given that the number of commercial cheesemakers has skyrocketed from about a dozen just a decade ago to more than 60 today, according to the Washington State Cheesemakers Association (WASCA).

“There’s a great more excitement around cheese than when we first started,” says Lori Babcock, who launched Tieton Farm & Creamery with her partner, Ruth Babcock, in 2010. At that time, “being an imported cheese was the highest accolade,” she says. “Now I look at that and that’s the worst thing you can say. The [local] choices are coming, and people are discovering them and are thrilled about it.”

Indeed, many people in the industry would agree that the largest driving force behind the state’s sudden love for fromage has been the locavore movement. As that movement took root in the early 2000s, the boom of farmers’ markets gave a platform for farmers and producers to reach and educate more consumers. Those consumers, in turn, began to make more conscious choices about where and how their food was sourced. Chefs and chain grocery stores also began to participate, and this overall demand for local, higher-quality foods carved out a space for a robust artisan cheese market.

While cheesemaking may have started out as a hobby for many, like Gothberg, for others, like the Babcocks, it was an escape from their mundane desk jobs and a way to get back to the land. Lori was introduced to cheesemaking while living in France for a few years. There, she fell in love with the relaxed, pastoral lifestyle and continued to feel its tug even after moving back to Seattle and working in tech for years. Ruth, whom she met in 1998, also shared this yen, and the two would spend their weekends at a farm owned by Ruth’s cousin. It took a while before the two could find their own parcel of land, but they eventually stumbled upon the town of Tieton, just west of Yakima, and bought the first farm they put an offer on.

That was back in 2008, and today, the couple runs a 21-acre Yakima County farmstead, primarily raising sheep and goats on a farm that is entirely solar-powered and free of chemicals and pesticides. Not only do they practice pasture rotation to coax the fullest potential from their land, they also avoid using machinery wherever possible. Their sheep’s milk and goat’s milk is poured by hand, and because Lori tries not to refrigerate the milk overnight, it often gets turned into cheese that very same day. As a result, and depending on the season, what the animals are eating, the conditions of the facility and the ratio of sheep to goats that Lori milks that day, every batch is different. By listening to nature and the animals, Lori says, she feels as if she’s shepherding the milk into cheese, rather than implementing an exact science. “A lot of the work has already been done for me by the time the milk gets to the creamery,” she says. “I let it be what it wants to be, and what it wants to be is something amazing.”

Gothberg notes that customers today have many more cheese choices, thanks to the diversity of animals whose milk is being used as well as the different styles of cheese being made. While she produces about 30 different kinds of goat’s milk cheeses, such as Gouda, cheddar and a heavenly chèvre, Lori uses a blend of goat’s milk and sheep’s milk to create dreamy bloomy-rind and soft-ripened pucks of cheese.

In Trout Lake, at the base of Mount Adams, John and Marci Shuman of Cascadia Creamery are breathing new life into the area’s 125-year-old dairy history with their washed-rind, blue and other aged wheels of cheese. Like the Babcocks, the Shumans moved to the area to get away from the city, as well as to raise a family. Wanting to plug into something that was already part and parcel of the community, John began to apprentice with dairy-farming friends and eventually became fascinated with cheesemaking, particularly with how local families used to age their curds in Trout Lake Valley’s lava tube caves, going as far back as the 1900s. Soon, John amassed a small herd of cows through his apprenticeship and became a licensed cheesemaker in 2009. He and Marci eventually brought out distributors and went full-time with Cascadia Creamery in 2012.

At their creamery, the Shumans are pulling off what John calls “terroir amplification”: taking the sense of place expressed through the cheese’s flavor and maximizing it, rather than diluting it through pasteurization. It starts with a herd of heritage cows that graze on grass growing in rich volcanic soil and drink from glacier waters at a 2,000-foot elevation. The milk these animals produce, a mosaic of flavors and aromas, is kept in its raw state and turned into cheese by John and his team. It’s then aged in a special facility built inside an ancient lava tube cave, an environment that provides a continuous flow of air to the facility. “If you come across another creamery [in the U.S.] that does raw cow’s milk cheese that’s organic and aged in natural lava tube caves, let me know,” says John, laughing. 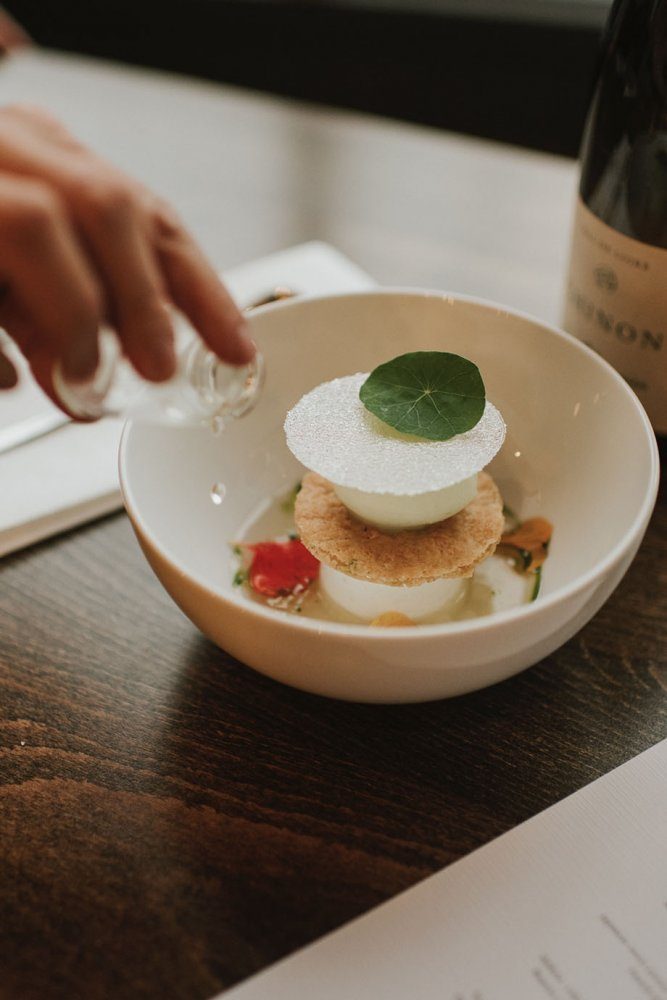