This Washington Tourist Town is a Hot Cheese Paradise 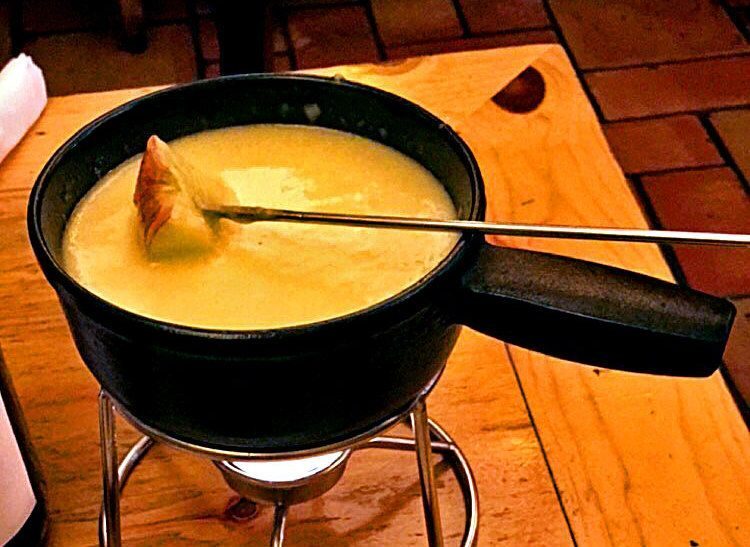 It’s molten cheese season, and it wouldn’t be a stretch to call Leavenworth the hot cheese capital of Central Washington. There are at least a half-dozen strong contenders for the title of best fondue, cheese dip and queso along the tourist-jammed main street of the beloved Bavarian Village. On a recent trip, I tried a whole bunch of hot cheese—yup, pretty great mission—and found a few faves that’ll keep you extra warm when you head over the mountains this winter.

Uncle Uli’s Pub
This dark and cozy bar prides itself on being a locals hangout, but out-of-towners get a friendly welcome, too. Grab a table by the electric fireplace or a spot at one of the picnic tables outside under the heat lamps before placing an order for the signature pretzel. These deep-bronze beauties belong in the twisted bread hall of fame, achieving that winning texture that’s both soft and chewy.

Made in-house and perfect on their own, the pretzels are even better when dunked in shimmering, velvety cheese, and then the killer fiery-sweet mustard. Uli’s cheese recipe is a secret, so don’t bother asking. But you can definitely taste the wine, adding depth to the tangy cheese. Speaking of wine, Uncle Uli’s version of gluhwein (German mulled wine) is spicy and slightly sweet, warm enough to chase away the chill. The secret is out on the pretzels at Uncle Uli’s Pub in Leavenworth. Photo by Chris Kelly.

The combo of aged Gruyere, the nutty Snow Creek and a splash of Gewurtz to give the saucy cheese some sass, the simmering fondue arrives alongside a spread of toasted bread, pieces of apples and pears, and a pile of steamed, but still crisp broccoli. It’s big enough to share, but as the fondue quickly disappears, those last few bites might prompt a fork fight.

Stein
This brand new, family-friendly beer hall already has developed a reputation for its stellar beer selection (more than 50 taps feature an ever-changing selection of domestic and imported) and Leavenworth’s best rotisserie chicken.

But don’t skip the pretzel prelude. The golden version—slightly larger than Uncle Uli’s, and a bit more bread-like—has an amazing partner in the cup of gooey cheese sauce. It’s made with Beecher’s and if you’re a fan of the Seattle icon’s mac-and-cheese, this is likely to be love at first bite.

Leavenworth’s annual tree-lighting events on weekends showcases the thousands of lights downtown through December. Every Saturday and Sunday at 4:30 p.m., the lights are dramatically switched on, drawing a crowd, so plan on showing up at least 30 minutes early for a prime spot. The best vantage point: on top of the hill on Ninth Street, steps from the main traffic light.

If you can’t wait to go to Leavenworth to satisfy the craving for hot cheese, Palace Kitchen’s rightly famous goat cheese fondue or Le Pichet’s seasonal sensation known as raclette (French cheese from the Savoie, warmed in a cast iron casserole) should feed the need right here in Seattle.