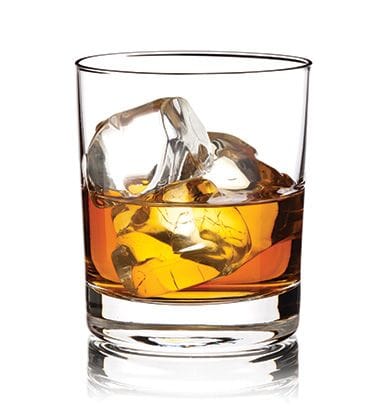 When I first wrote about the nascent Washington distillery scene in 2011, the selection of local whiskey was very different from what it is today. Woodinville Whiskey Co. was releasing its first micro-barreled bourbon and rye, and the other bottles of locally produced brown could be counted on one hand. Six years later, we live in a paradise of malted grain spirits aged in barrels. We have numerous selections from Seattle-based distillers, such as Westland, 2bar, 3 Howls, Copperworks and Oola. Among the distillers in the greater Puget Sound region are Seattle Distilling, J.P. Trodden, Chambers Bay, It’s 5, Black Heron, Bad Dog, Heritage, Cadée, Chuckanut Bay and others. It’s a bottled wonderland, and in many ways, our state’s distillers are just getting started.

Why has the Washington whiskey industry grown so quickly? It started simply with love of the spirit. More than any other, whiskey propels obsession—just ask distillers like Chambers Bay Distillery cofounder Alan Davis, whose passion is bourbon, the whiskey first popularized in Kentucky and made from at least 51 percent corn.

While passion drives whiskey dreams, many Washington whiskeys are a result of the abundance of available grain. All whiskey is made with some type of grain (barley, wheat, corn, rye) and many high-quality grains are grown in the state, says Jason Parker of Seattle-based Copperworks Distilling. (He’s also president of the Washington Distillers Guild.) Our gorgeous grain gives whiskey makers an advantage. One example: Bad Dog Distillery in Arlington, whose new Grandpa’s Wheat whiskey is made from grain grown 40 miles away.

Climate also helps distillers deliver a range of intriguing whiskeys. Every location’s environment affects the taste of a whiskey, both that of its grains and the whiskey while it’s being aged (outside of white whiskey, or moonshine, all traditional whiskeys are aged in casks). We’re closer to Scotland than Kentucky in climate, especially in certain spots like the Skagit Valley. The moist maritime environment allows distillers lots of room to experiment, from Whidbey Island’s Cadée Distillery, which ages their whiskeys in a sea-level vault, to Chambers Bay, where bourbon is aged in a boathouse floating on the water.

Our location helps drive inventive distillers in other ways, too—take 2bar’s limited-time “stout” whiskey, which was scheduled to be released in February. Made with Georgetown’s Counterbalance Brewing Company, the lush, buttery, stout-y whiskey has the mash bill (a mix of grains) from the brewer’s Kushetka Russian imperial stout as its base. Conducting cross-beverage experimentation like this is another bonus of distilling in Washington.

Our grain, water and location all unite with local distillers’ creativity and passion to give us a rich spectrum of whiskey—one of the best in the world, in my opinion. Loads of fresh whiskeys are hitting shelves on a regular basis, including upcoming ones from gin stalwarts Wildwood Spirits Co. and Scratch Distillery. There’s only one problem: Our nonstop whiskey wave can make it hard to know where to dive in. But that’s a tasty problem to have.

Getting Grainular
The American whiskey universe is tasty but complex. Here’s a quick overview of the minimum amount (per federal regulation, although the percentage is often higher) of the core grain used in making different types of American whiskey.