In White Center, a Restaurateur Cooks up Some Tunes

A second Drunky's Two Shoe BBQ is expected to open here soon; with it, perhaps the start of a new live music scene on the west side 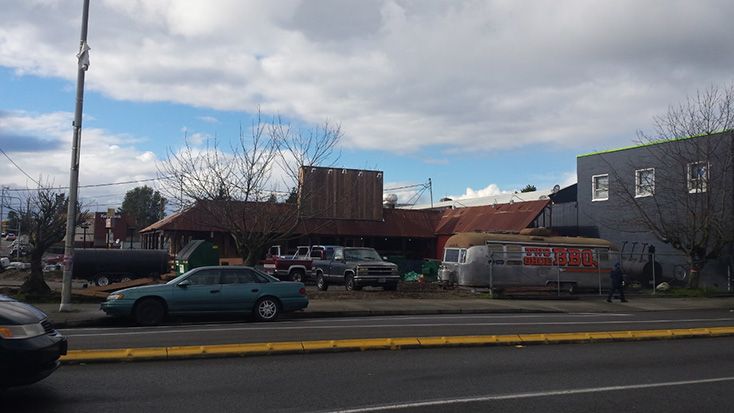 White Center’s always felt a bit like the Wild West, occasionally for nefarious reasons. By virtue of sitting just to the south of Seattle’s city limit, it’s long been home to the sort of adult-oriented businesses that Emerald City power brokers have literally pushed to the margins by way of stringent zoning restrictions and moratoriums.

In 2011, just as it seemed as though the neighborhood had shaken its seedy reputation, White Center’s main downtown drag, 16th Avenue Southwest, was flooded with sirens as local and federal law-enforcement officials busted up a 50-person drug and firearms ring which used two businesses, the DK Cafe and Papa’s Pub, as their base of operations.

The latter of those two establishments has given way to Noble Barton, a hip restaurant and bar opened by John LeMaster, the proprietor of Jules Mae’s in Georgetown and Ballard’s Tin Hat. There, on a Tuesday afternoon in January, White Center again felt like the Wild West. Scattered about the bar were several prospectors, albeit of a stripe that would not attract the fuzz. To them, this neighborhood on Seattle’s southwesterly margins is an untapped gold mine, one that is poised for a culinary explosion to enhance the area’s already rich array of superb hole-in-the-wall ethnic eateries.

Established Seattle restaurateurs like James Weimann (Bastille, Poquitos), Marcus Lalario (Li’l Woody’s, Ciudad) and Nate Rezac (Drunky’s Two Shoe BBQ) have formed a cabal of sorts that will debut several new ventures within the year on 16th Avenue, with Rezac’s second Drunky’s location expected to open first, in April. He’ll take over the space previously occupied by the infamous DK Cafe, where Rezac found “clear plastic bags filled with empty cans of Milwaukee’s Best stacked up like a mountain on the south side of the parking lot” when he first set foot on the property.

When it’s warm out, Rezac hopes to saddle up tykes for monthly pony rides, and thinks that a mechanical bull would be a fine addition to his establishment. He’s also planning to host live music, indoors and out, on a regular basis.

In any other part of Seattle, a new performance venue would be treated with a yawn, as the city at large is lousy with such spaces. But that’s strangely never been the case in the greater West Seattle area, which includes White Center. The Dusty 45s frontman Billy Joe Huels, who moved to West Seattle a year ago, aims to alter that desert’s landscape, in part by helping Drunky’s get its live-music program off the ground.

Drunky’s, says Huels, “already has that honky-tonk vibe,” which makes it the perfect venue to host his side project, The Billy Joe Show, which primarily plays country-hued cover tunes. All of the players in that band live near White Center (as do musical titans like Eddie Vedder and Skerik). Huels says that on occasions when he used to perform at Company Bar (now The Company Store), “people couldn’t believe that somebody was playing upright bass. They’re not used to it.”

With Drunky’s as a hub, Huels is optimistic that will soon change. But in a pragmatic nod to the glut of young families who’ve headed southwest in search of affordable housing, he concedes, “The music’s gotta start at 8 p.m. on a weeknight.”