Get your deep-dish pies from Batch 206 Distillery in Interbay starting Oct. 1. 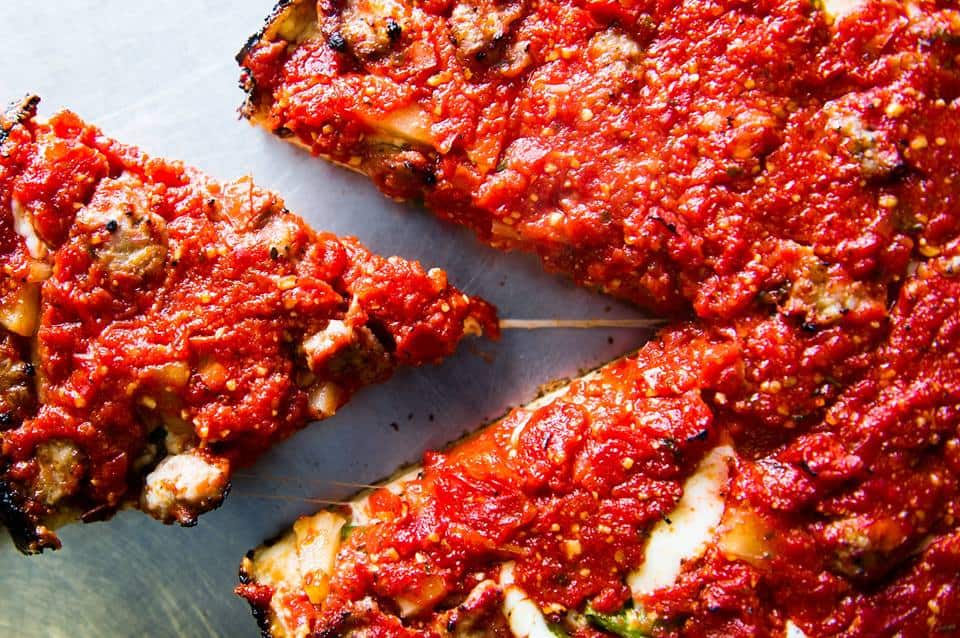 I first met Dave Lichterman of Windy City Pie nearly a year ago, when I was researching this story about a blitz of new pizza spots in Seattle. By now, you’ve probably tried one of his pies: beastly Chicago-style deep-dish pizzas with a signature burnt-cheese crust. They aren’t easy pizzas to procure, involving an online order form and follow-up confirmation text and somewhat questionable meeting place on a SoDo corner, where he’d meet you with your order like your were exchanging contraband. And still—though I try to stay away from superlatives—it’s the best deep-dish option in town.

A few months ago, Lichterman got some bad news—the SoDo commissary kitchen he was renting space in told him (and the other tenants) that they had to be out by Sept. 30. (Word has it that an Amazon project is taking over the space.) Lichterman spread the word—he needed a new home, and he needed it quick.

Batch 206 Distillery in Interbay came to Windy City’s rescue, offering full rental of its catering kitchen and giving Lichterman a space to put the deck oven he bought off Mike Easton back in April after Pizzeria Gabbiano closed. “The plan has always been that this will go in the spot I don’t really have planned yet,” he says.

“I knew I wasn’t going to be in SoDo forever. I just didn’t realize what would be the catalyst that would push us out. I thought it would be my careful planning in opening a restaurant, and what it ended up being was the hostile takeover of the space I was renting. That said, I’m really excited to be going where I’m going, and to have the space that I have.”

This new oven is 12 times bigger than what Lichterman and his crew—now up to six employees—have been working with, meaning it should be easier to get your hands on one of those pizzas as of Oct 1. (Let’s be patient while they settle into their new digs though, yes?) Though the order process won’t change immediately, at the very least Batch 206 has parking spots to make pickups easier. Holy Mountain Brewing next door makes a great place to take your pizza and have a pint, Lichterman says.

According to Windy City’s Facebook announcement of the news, “This move is only the first step of a larger collaborative effort between Windy City Pie and Batch 206 Distillery.” We’re expecting that to mean a future brick-and-mortar home rather than pizza-flavored vodka, but who knows?