Women Chefs Gather for May Conference 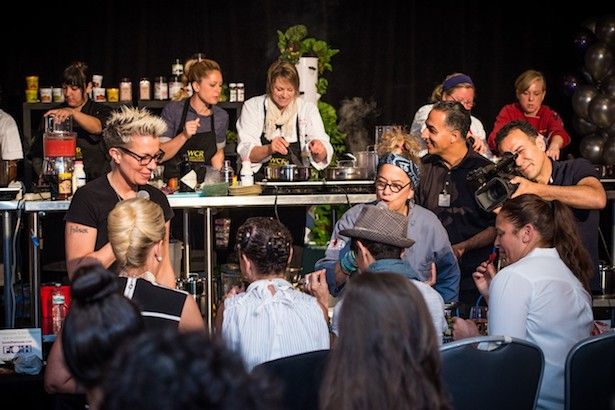 Peek into any professional kitchen and it’s not uncommon to find a serious underrepresentation of female chefs and cooks. Women Chefs and Restaurateurs (WCR) wants to make sure those voices are heard at equal volume to their male counterparts. The 24-year-old organization is heading to Seattle May 6-8 for their national conference, and bringing with them some wonderful opportunities to learn about equality in (and out of) the kitchen.

WCR President Alicia Boada says the conference draws over 300 participants annually, and many come from the host city area. It won’t be entirely chefs—she says anyone in food, from sommeliers to servers, can gain something from attending. “It’s definitely draws the heavy hitters who are seeking to stay connected in the industry and continue to expand their careers by way of mentorships, whether they are providing that or seeking it out,” Boada says.

This year’s theme is Join Us at the Table: Eat, Drink, and Lead, something that came up post-election when “we realized that there was a definite sense of insecurity among the immigrant community that has long been the backbone of the kitchen community,” Boada says. The content and programming includes panels titled Creating Spaces for Community Conversations in Times of Crisis; How to be an Effective, Emotional Leader; Harnessing Technology to Create Balance; and Tipping Policies and Kitchen Staffing Shortages. It’s not all serious stuff, though—there are tours of the city, food games, film, and surely plenty of time to make connections. Chef Maria Hines will be giving the opening keynote speech.

Boada says, too, that they’re working with someone collecting real data and anecdotes for the United Nations’ project Planet 50-50 by 2030, which addresses gender equality in the workplace. Attendees will have the opportunity to voice concerns and make suggestions that could directly impact the program’s success. “I’m gleaming in excitement for this,” Boada says. “Our voices as women, uniting in one room, can all get together and feed off each other in a really positive way. To see Planet 50-50 evolve, for my three daughters’ sake, is remarkable.”

Registration is still available—click here to check out fees and options. There are all-access passes or specific day passes available, so check out the full agenda first.