But you can't have it until you help her buy a pasteurizer. 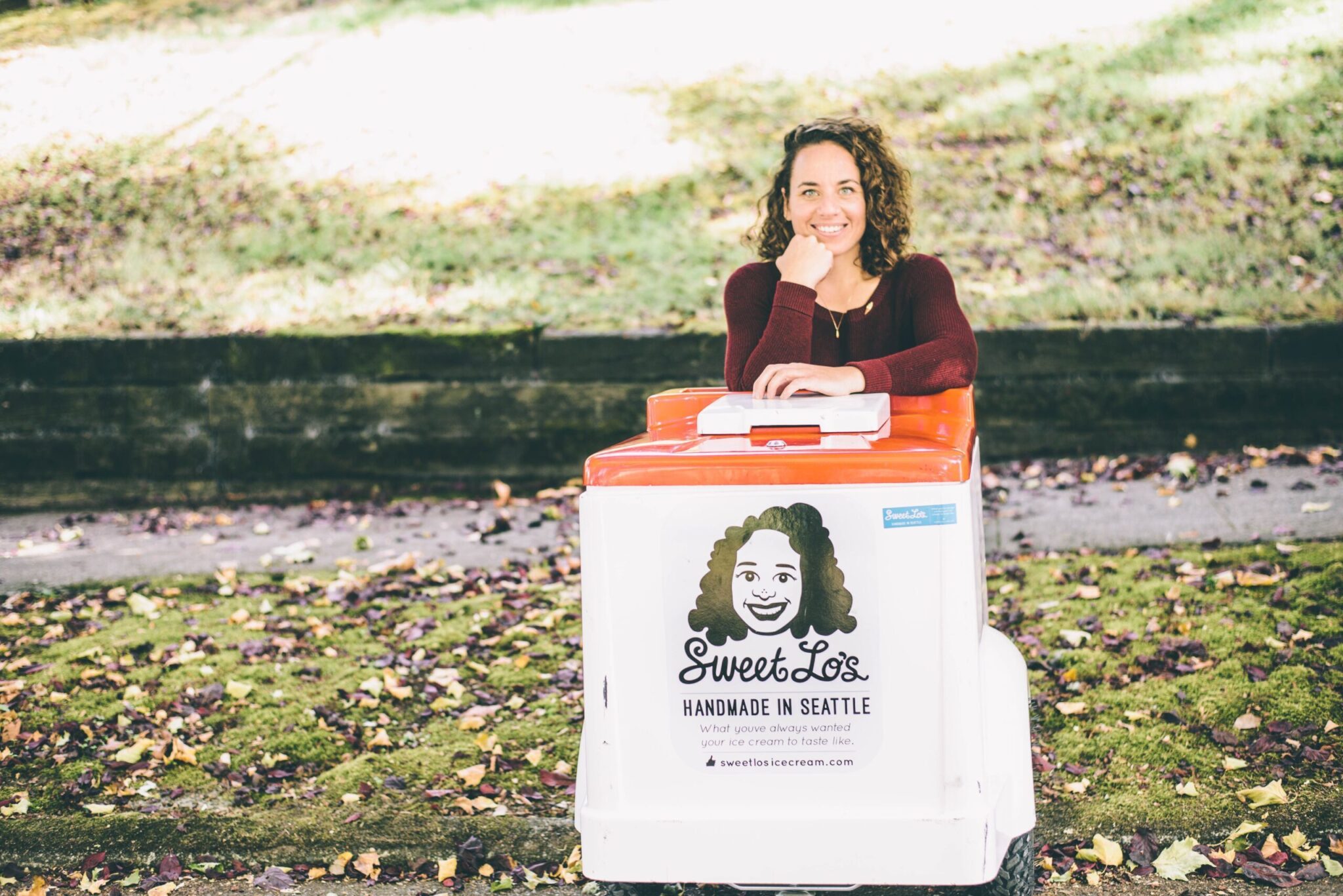 It seems like kismet that Lauren Wilson’s affair with ice cream started in Vermont—legendary home state of Ben & Jerry’s. She was working at a farm-to-table restaurant in Montpellier, sleeping on the floor there at night, and asked if she could make a few desserts. She dusted off an ice cream maker she found in the basement and churned up her first batch of butter pecan. “That moment I tasted what homemade ice cream was… it’s just unlike anything you find in the store,” Wilson says. “It was a shift in everything.”

Nearly five years later, Lauren Wilson now has her own Seattle-based online ice cream business, Sweet Lo’s, and has made over 1600 quarts of ice cream for enthusiastic customers. Today, she’s launching a GoFundMe to raise $25,000 for a larger ice cream maker and a commercial pasteurizer—the final step to wholesaling her amazing flavors to local markets and making her business legit.

Wilson’s built her fan base by making custom ice cream in small batches—you give her some ideas, and she’ll whip up the most transcendent ice cream you’ve tasted, and deliver it to your door. (She will also advise you that putting gummy bears in ice cream will lead to an epic dental emergency and is not advised—ahem.) Her menu of flavors is long and includes classics like vanilla bean and mint chip, but it’s her ultra-chunky signature flavors—lemon bar, oatmeal cookie chunk, Cap’n Crunch Berry—that are truly revelatory. Wilson treats ice cream as a blank canvas, and it shows: her flavors are balanced and crave-worthy and innovative, without crossing that line into wacky.

It would be easier (and cheaper) on Wilson if she—like many of Seattle’s other ice cream shops, including Molly Moon’s and Full Tilt—relied on a pre-made base to make her ice cream. But Wilson’s business model has always revolved around using no stabilizers or preservatives and making everything by hand, from her base of cream and egg yolks to the cookies, lemon bars, peanut brittle, etc. she mixes in. “It has to do with integrity,” she says. “My customers would know the difference. I love [the process of] making ice cream. Pouring a jug of premade ice cream is just… taking your soul. I don’t want to choose money over my integrity.”

And Wilson’s got plenty of big, local industry names in her corner. When she’s not churning ice cream, she works in the front-of-house at Tom Douglas’ Seatown downtown—she’s met with Douglas about her business and hopes he’ll carry her pints at Home Remedy when she’s ready. She was in talks with A La Mode’s Chris Porter to develop a series of pie-inspired ice creams prior to the opening of his West Seattle store last month, but wasn’t able to finish the project because she needed that pasteurizer. Still, Porter helped her design and fund the labels she plans to use. Wilson says the owners of Parfait and Sweet Alchemy—both of whom make their own base and use an in-house pasteurizer—have been “incredibly supportive.” After all, there’s always room for ice cream, right?

Support Wilson and her delicious endeavor by donating here to her campaign. Stay tuned, too: she’s planning to offer an ice-cream-of-the-month club for Seattle residents and you can sure bet I’m signing up as soon as it’s a reality. Now, who wants to fund my treadmill purchase?