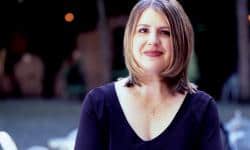 Seattle is a city rich with vibrant neighborhoods, but what we are especially in love with lately are micro-neighborhoods, those pockets of a few blocks here and there that pop up, sporting a cute shop, a tasty bakery, a new eatery and maybe a wine shop, making you swell with pride—and hope that the real estate values will be rising if it’s near your home.

I have not exactly been subtle about the fact that Ballard Avenue NW is my favorite micro-neighborhood in Seattle. It hits the sweet spot: charming and historic brick buildings, quirky backstory (as a semi-red-light strip where the fishing community’s hard-drinking salty dogs went to, um, relax) and storefronts of artfully arrayed shops, restaurants, bars, shoe stores, occasional oddities (I still miss that giant eyeball that was in one of the vacant storefronts) and the city’s best farmer’s market.

I might have even been the first in a long line of media types to fawn over this strip in one of our early Urban Safari stories on exploring Seattle’s hidden gems. Back in 2000, Ballard Ave. was home to only a handful of pioneers, like the über-girly boutique Olivine, Habitude Salon and Spa, the brothel-themed pizza joint Madame K’s, the home furnishings store Camelion, Kathy Casey Food Studios and Curtis Steiner’s Souvenir, a truly one-of-a-kind art gallery/shop adorned with little works of art, cards, papercraft, jewelry and ephemera—antique opera glasses, ivory combs, hat pins, reading spectacles and other things you might find in your cool great-aunt’s attic.

As we were putting together this issue that celebrates streets that, like Ballard Ave., are quintessential examples of walkable, livable urban community centers, I learned that Curtis Steiner was being forced to close his shop because the owner of the building wanted to put in an elevator, which had to go right where Curtis’ shop was. Curtis and his legion of enthusiasts were literally getting the shaft—and my sweet street just got a little sour.

Curtis told me he’s treating the closure as a funeral (in the shop’s final days—he closed February 6—his legendary window displays were adorned in black). But he also said he is opening a new experiential store this year on First Hill near the Frye Art Museum that will “push the art side of what he does.” And at press time—I can hardly contain myself—he was looking at a choice spot on Ballard Ave. for another new shop. In the meantime, you can get your ephemera fix at the Seattle Art Museum, where Curtis’ hands-on “1,000 blocks” table—1,000 painted cubes that can be arranged and rearranged to create an infinite number of patterns—resides in a fourth-floor reading room; a stop there is always a reward for our boys for good behavior at the museum.

In the past year, Ballard Ave. has lost cool independent pet store Bark and Madame K’s, while a flurry of upscale restaurants and sushi places have moved in. Curtis refers to Ballard Ave. as “the food court,” and I have to admit he’s got a good point. It’s just a shop, you might think. But Souvenir was one of those places that you feel you discover and “own.” It’s the type of place that contributes to a neighborhood’s—and in this case I’d go as far as to say a city’s—singular identity. I haven’t given up on Ballard Ave., and as we turn our attention to some of the city’s other “hot pockets” in this issue, I’m struck by how each of these places has diverse housing options within walking distance. These streets feel like an extension of  home—and even if you don’t live there, you’re always welcome.