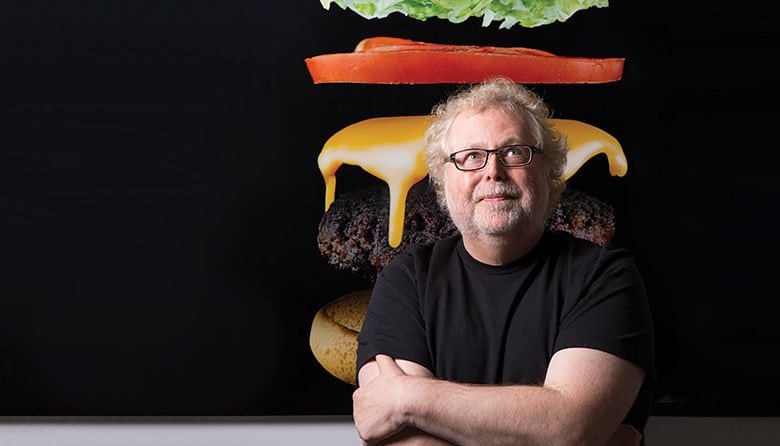 In an era saturated with amateur food pics—thanks, Instagram—viewers seem hungry enough for these photographs to support his expanding empire of galleries (his fourth, in La Jolla, California, is set to open in March). Myhrvold hopes his hypermagnified images of food, which often resemble distant galaxies or parched landscapes, such as the desert arches that seem to appear in an image of a crusty loaf of bread, will whet his viewers’ appetites for wonder. “You didn’t realize you were eating Monument Valley, did you?” he asks.