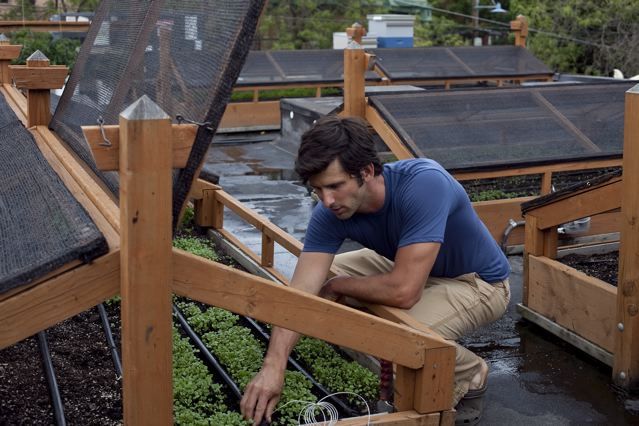 I’m not calling these “foodie” events because I don’t think you need to know the difference between celery and celeriac to enjoy most of them: just an enthusiasm for great cooking and eating, and in a couple of cases, helping out the local community. There is so much gastronomic action on the horizon, just thinking about it is already putting me in a food coma.

This just sounds awesome. A six-course tasting menu of Hawaiian dishes for $39, and we’re not talking a bunch of Spam. In fact, Spam is conspicuously absent from the menu; instead we’ve got items like Duck Laulau, a confit steamed with taro leaf, island spices and guava sauce; Hoisin BBQ Baby Back Ribs with Jicama coleslaw and green chili cornbread; and Salmon Lomi, Fresh King with Maui sweet onion, tomato and crispy taro chips. The drink specials are pretty killer as well: $2 drafts, $5 glasses of wine and $6 specialty Hawaiian cocktails. Reserve tickets here. pontiseafoodgrill.com

Put the car keys down. The yin to all this food yang is this brilliant event, now in its second year, that requires biking to and from your chosen restaurant destination (ahh, the mental food coma is beginning to clear already). Fourteen eateries around the city are participating by donating 20 percent of their proceeds from the night directly to Seattle Tilth to raise funds for its Children’s Garden program. And the nice thing is, the restaurant choices are all casual ones where I wouldn’t feel too embarrassed showing up a little bit sweaty (though let’s all be nice and leave the Spandex at home, shall we?). Snoose Junction Pizzeria (Ballard), Barking Dog Alehouse (Greenwood), The Lookout (Capitol Hill), Via Tribunali (Queen Anne location only), Proletariat Pizza (White Center) and Julia’s (Wallingford), are a few. See the full list here.

Ballard’s own Parisian brasserie is celebrating its second anniversary with one of the best things I can think of doing at 4:30 on a Wednesday afternoon: eating $2 frites and sipping $2 Stella Artois on a (hopefully sunny) patio. And while you’re there you might as well make your reservation for one of their newly-launched Rooftop Garden Tours, running every Wednesday at 5 p.m. (through September). For $10, Colin McCrate, Urban Farm Co.’s extremely photogenic master gardener, will lead a tour of the garden and they’ll plunk a rooftop-inspired cocktail in your hand. bastillebar.com

Remember last year when some people got mad because T-Doug wanted to host a bunch of salmon parties in Pike Place’s Victor Steinbrueck Park, saying it would displace the homeless folks who occupy the park, many of whom are Native American and think of salmon as sacred? Did you buy the irony? Anyway, Douglas won out and the second Salmon-Chanted Evening is coming up on July 9. For $15, you can chow down on fresh salmon off the grill and enjoy it on the grass in the heart of Pike Place Market. The stated goal of the event is “to celebrate this historic area of our city and inspire a commitment to increased park security.” All proceeds benefit the Seattle Parks Department. tomdouglas.com

This is my favorite event, and I’m not just saying that because it’s in my neighborhood (actually, that’s a bloody lie). Columbia City is a treasure chest of restaurant gems, and here’s your chance to try them all with the purchase of a $75 passport. All businesses are donating the food they’re serving and your $75 goes to the Rainier Valley Food Bank. On the docket are Banadir Restaurant, Chelsea Deli, Empire Espresso, Full Tilt Ice Cream, Geraldine’s Counter, Island Soul Caribbean Cuisine, Jones Barbeque, La Medusa, St. Dames, Tutta Bella, Verve Bistro and Wabi Sabi. Buy your tickets here, and tip these wonderful, generous restaurants like you mean it.